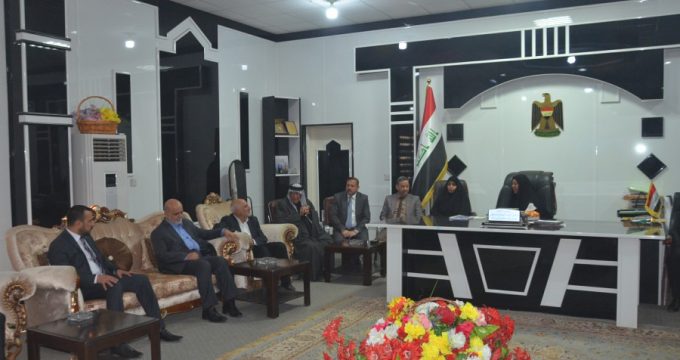 IRNA – Iran’s cooperation in reconstruction of Iraq is already under way, Iran’s envoy to Baghdad has said.

‘Iran is determined to reconstruct the Daesh-stricken Iraqi towns and cities in a similar way that it supported the friendly and brotherly government and people of the country during the fight against Daesh,’ Iraj Masjedi said referring to the terrorist group ISIS.

Speaking at a meeting with officials of Council of Balad in Iraq’s Salaheddin Province, the diplomat said, ‘Iranian companies have begun reconstruction and enhancement of Iraq’s infrastructure, and the process will be perused seriously.’

Referring to the recent visit of Iraq’s minister of electricity to Tehran and the agreements reached during the visit, Masjedi said that the acute electricity deficiency in Iraq will be covered in a period of three to four years by Iranian firms.

Iraq announced more than a year ago that the terrorist group was thoroughly wiped out of the country. Years of fight with Daesh have devastated vast areas of the country.

Baghdad has repeatedly called on Tehran to support it in the post-ISIS reconstruction era.