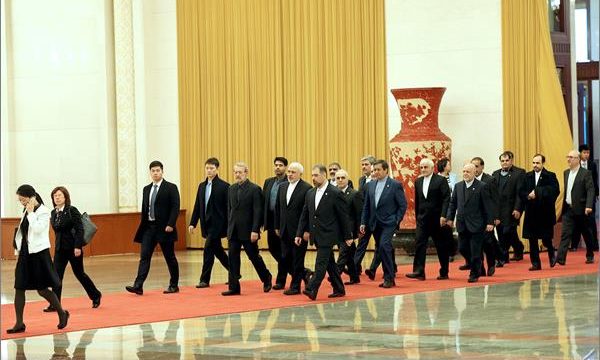 Heading a high-profile delegation, Larijani paid a visit to China on February 18-20 at the invitation of Head of the National People’s Congress (Parliament) of China Li Zhanshu and at the same time, Foreign Minister Mohammad Javad Zarif was in Beijing to confer with his Chinese counterpart Wang Yi, Xinhua wrote on Wednesday.

According to official Chinese news agency, head of the People’s Congress during a meeting with Larijani referred to two countries as two friends and strategic partners who have similar positions and close ties in regional and international affairs.

He called for increased cooperation with Iran in the security and counter-terrorism fields within the framework of the New Silk plan.

Meanwhile, the English News website and China Plus have also reported that, according to the speaker of the Chinese parliament, despite all ups and downs, China has never failed to fulfill its commitment concerning Iranian nuclear deal, and remains committed to the deal.

According to these reports, from Li Zhanshu’s point of view, the 2016 visit of China’s President Xi Jinping to Iran opened a new chapter in the relationship in which the two countries established strategic partnerships.

China Central Television also reported that the head of the Chinese People’s Congress has had an important meeting with Larijani and the delegation.