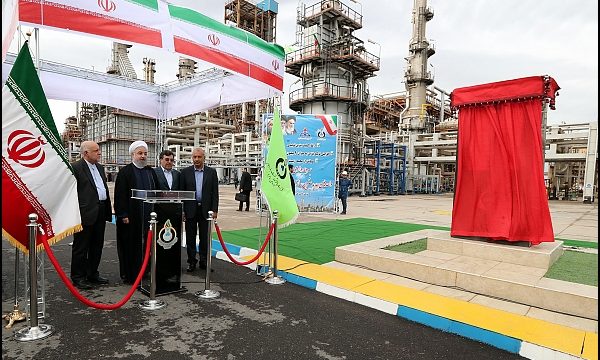 Addressing a press conference on the occasion of inauguration of a major project to enhance the facility’s productivity on Sunday, February 17, Hashem Namvar said by launching the project, the sulfur content of the plant’s gasoil output would drop from 10,000 ppm to below 50 ppm.

He said the project also improved the petrol quality of the plant and bring it to Euro-5 standards. The refinery will be supplying 4 million liters per day of the strategic fuel.

The project increases the refinery’s petrol production capacity by 3 ml/d and 70 percent of its output meets Euro-4 standards.

Moreover, commissioning the gasoil hydrogen refining unit of the facility would add 15 million liters per day of Euro-4 gasoil to the plant’s daily production capacity, and the petrol quality of the refinery is expected to meet Euro-4 standards by March.

Before inauguration of the project, the plant supplied 12 ml/d of petrol and was fed by 350,000 b/d of crude oil and gas condensate. It is touted as the third largest oil refinery in Iran.