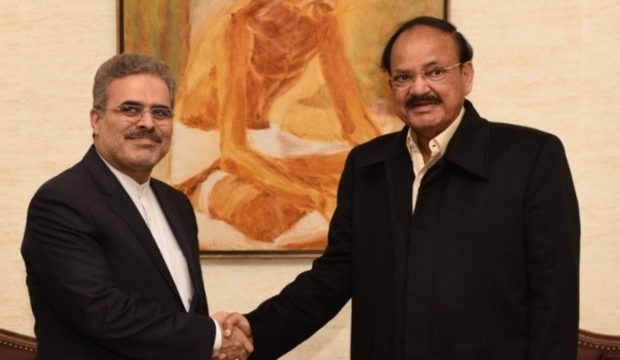 MNA – Indian Vice President Venkaiah Naidu hailed the friendly and unique ties between Tehran and New Delhi, saying Iran is like a valuable and reliable friend for his country.

In a Sunday meeting with Iranian Ambassador to India Ali Chegini, which was held in New Delhi, Naidu said “the bilateral ties between the two countries are very friendly, sincere and unique,” adding that “Tehran is a good and valuable friend for New Delhi.”

Referring to the growing commercial ties between the two countries, the senior official stressed on providing the grounds to boost all-out cooperation in the economic sector, especially energy, and transportation.

Venkaiah also touched upon the recent terrorist attacks against Iranian and Indian soldiers, calling on the Indian and Iranian governments to take joint measures in the political arena against terrorism.