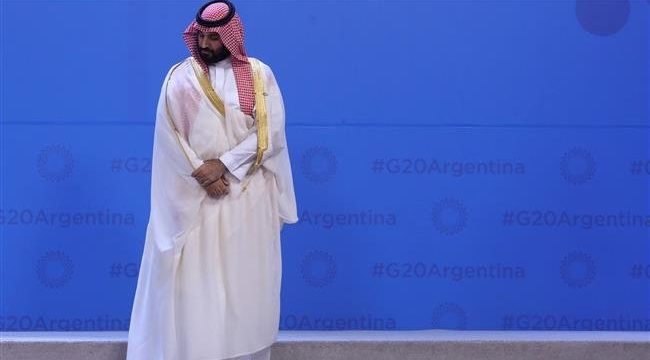 CNN | Sophia Saifi: Saudi Arabia’s Crown Prince Mohammed bin Salman has signed agreements worth $20 billion with Pakistan at the start of an Asian tour widely seen as an attempt to bolster ties and improve the kingdom’s image after a troubling year.

The two-day visit to Pakistan which began Sunday is the first by bin Salman, commonly known by his initials MBS, since he became crown prince. His tour will also take him to India and China this week.
The crown prince has struggled to rehabilitate his international reputation following the murder and dismemberment of Washington Post journalist and Saudi critic Jamal Khashoggi in the Saudi consulate in Istanbul last year. The crown prince has denied any connection to the killing.
Bin Salman arrived in Pakistan Sunday with an elaborate entourage that included several hundred luxury cars, two C-130 planes and special containers that shipped the prince’s belongings ahead of the visit.
e slew of deals and memorandums of understanding (MoU) signed between the two nations during the visit include a $10 billion agreement on establishing an oil refinery in the southwestern coastal city of Gwadar and a $4 billion agreement on developing alternative energy sources.
The deals are expected to provide a much-needed shot in the arm for Pakistan’s ailing economy. The country has historically low foreign exchange reserves and is currently in talks with the IMF for what would be its 13th economic bailout since the 1980’s.
“We believe that Pakistan is going to be a very, very important country in the coming future and we want to be sure that we are part of that,” bin Salman said on Sunday during a joint press conference with Pakistan’s Prime Minister Imran Khan.
Senator Sherry Rehman, president of The Jinnah Institute, an Islamabad-based foreign policy think tank, told CNN that Saudi investment could serve as a “band-aid” to Pakistan by deferring oil payments as well as bringing in vital investments.
Islamabad has gone to great lengths to welcome bin Salman, honoring his arrival with a 21-gun salute and a fly-past by the country’s air force. A massive security operation was also launched, with the capital’s air space shut down and schools and all government institutions closed Monday.
Close ties
Saudi Arabia has historically had close relations with Pakistan. In late 2018 Riyadh pledged more than $6 billion in financial support to the Khan government, including $3 billion in foreign currency support for a year and a further loan worth up to $3 billion in deferred payments for oil imports.
“Pakistan and Saudi Arabia are now taking this relationship to a level which we never had before. A relationship where it will now be investment between the two countries which will mutually benefit from it,” Khan told reporters Sunday.
Khan’s promise of mutual benefits appeared to be confirmed on Monday, with the announcement from Pakistan’s Foreign Minister Shah Mehmood Qureshi that 2,107 Pakistani prisoners in Saudi Arabia would be freed “with immediate effect.”
The deceleration, posted on social media, follows a state banquet on Sunday in which Khan drew attention to the needs of more than 2.5 million Pakistanis who live and work in Saudi Arabia, as well as more than 3,000 Pakistani prisoners in Saudi jails.
Mosharraf Zaidi, a senior fellow at Tabadlab, an Islamabad-based think tank, told CNN the two Muslim nations have an interdependence that goes back seven decades. “There have been ebbs and flows and there has not been a time when either country’s needs have not been met by the other,” said Zaidi.
According to Ziadi, the concern now among policy watchers inside of Pakistan is whether the renewal of the relationship will come at the cost of the country’s ties with countries perceived as hostile to the kingdom, “such as Iran, Qatar and Turkey.”
China, India, Mohammed bin Salman Al Saud, saudi arabia-pakistan ties February 19, 2019
Comparative conferences: Sochi vs. Warsaw
Iran’s foreign minister grabs Munich Security Conference spotlight, decries US & Israel for warmongering