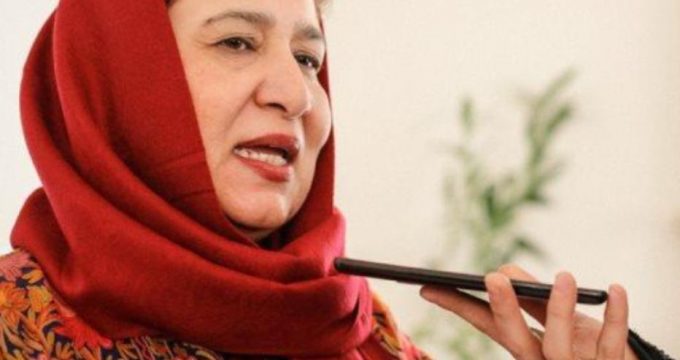 IRNA – Pakistan ambassador to Iran underlined watchfulness over US policies in the region saying the best way to bring peace and stability in the Middle East would be through negotiations.

Speaking in an exclusive interview with the Islamic Republic News Agency (IRNA), Riffat Masood said, “We must collaborate further at all levels to bring peace and stability in our borders and to our region. There are external forces and entities that seek to undermine the good relations between our two brotherly countries and we must not let them succeed,” she reiterated.

Condemning the recent terrorist attack in southeastern Iran and killing and injuring scores of the Islamic Revolution Guard Corps (IRGC) forces and describing it as a cowardly act of terror, Masood said, “Our deepest sympathies to all those affected by this heinous attack.”

“Pakistan will continue to work with Iran to bring an end to terrorism that affects our region” she added.

“We feel that the United States is an important county; it is one of our largest trading partners, but we have to be very careful and very watchful of the US policy in Afghanistan and the US intentions in our region. That is why Pakistan is a country that believes in engagement.”

Highlighting the need to hold talks with Taliban as a political force and a party in Afghanistan, she said, “In order for any peace process to be successful in Afghanistan, you need to talk to Taliban as well.”
“This has been our policy for many years,” she noted.

She added, “I think now there is a realization not only among the US and the European Union but even among the countries in the region including Russia, China, India and Iran that Taliban are a party or a political force in Afghanistan and we have to negotiate with them.”

“Though the realization has come a bit late, it is good that it has come and all the countries of the region are talking to Taliban in their own capacities and way and it is a good thing that the United States is also realizing but of course it is doing for its interests,” she reiterated.

Masood went on to say that, “The United States does not want to continue to stay in Afghanistan. In what form it will stay or not to stay I don’t know, but I know that President Trump has announced that they want to draw down their troops and they don’t want to have the same situation in Afghanistan as was back in 90s.”

According to Western media US President Donald Trump earlier ordered to the military forces to start withdrawing roughly 7,000 troops from Afghanistan.

“So I think it is a positive development that they have started speaking to Taliban,” she said.

Commenting on US unilateral withdrawal from Iran nuclear deal known as the Joint Comprehensive Plan of Action (JCPOA) and also re-imposition of cruel sanctions on Iran, Masood said, “It is very unfortunate that the United States has pulled out of the JCPOA.”

“If you remember when the JCPOA was signed Pakistan was the first country to welcome it because we believe that the only way to resolve any issue is through negotiations and we thought it was a very good step by the international community especially the European Union and the United States that they were reaching out to Iran to lessen the burden of sanctions and signed the JCPOA,” she added.

“Pakistan of course supports the JCPOA and we support any moves made by any country around the world as well as the United Nations to resolve this issue and to end the sanctions against Iran as quickly as possible,” she reiterated.

For much of her interview, he Pakistani ambassador referred to the strategy adopted by new Pak Prime Minister Imran Khan as focusing on cooperation with regional countries, saying, “We believe that the best way of strengthening the neighborhood is through economic activities.”

She added, “Unfortunately they [economic ties] are not as good as they should be because there is a lack of banking channels; there are some problems between the Pakistani traders and Iranian traders.”

Suggesting solutions for developing economic relations between Iran and Pakistan, she said, “We need to sign free trade agreement to allow for trade to move freely between our borders.”

Masood reiterated the fact that “when the JCPOA was signed there was a hope amongst all international community especially the neighboring countries like Pakistan that now Iran would come out of sanctions and would be able to trade with partners.”

Elaborating on Pakistan’s stance toward the Instrument in Support of Trade Exchanges (INSTEX) which was registered by France, UK and Germany following the US’ withdrawal from JCPOA and to help preserve the international pact, Riffat Masood expressed Pakistan’s interest saying “Our economy ministry and our businessmen were quite keen to know what kind of mechanism would come into place and how countries like Pakistan or other regional countries will benefit or use that mechanism as a model for their own trade.”

“We are watching it very closely; we want to see how it will be operated and be used, how the mechanism will actually come into force and then I think that if there is a possibility or any rule for a country like Pakistan to also use a similar kind of mechanism between Iran and Pakistan,” she noted.

In response to the question raised by IRNA reporter as regard IP gas pipeline which has so far faced major delay, she said, “There are many issues; one is basically that we have to find a way of financing the pipeline.”

The Iran–Pakistan gas pipeline, also known as the Peace pipeline (IP) is an under-construction 2,775-kilometre pipeline to deliver natural gas from Iran to Pakistan.

She added that the Pakistani government’s political commitment to put the project into operation is undeniable.

“We are committed to setting up this pipeline with Iran to import gas from Iran because it is our need,” she reiterated.

She went on to say, “We are looking for possibilities of investing and financing the building of the gas pipelines.”

Alluding to remarks made by Iranian governmental official over exemption of Iran oil from sanctioned items, Masood said, “Payment is sanctioned, so we have to find a payment mechanism and how to deal with that to get gas from Iran in return for what.”

Answering a question on one of the main problems between Iran and Pakistan which deals with border security and also on the latest conditions of the Iranian border guards who were abducted by terrorists in Mirjaveh border point with Pakistan in Sistan-Baluchestan Province on October 15, she said both Iranian and Pakistani governments and armies are aware of the fact that there are terrorist groups in these areas and they even know their sponsors.

She also offered promoting border markets to make situations more difficult for the terrorists in the border points.

Earlier, Iranian Foreign Minister Mohammad Javad Zarif said Pakistani prime minister as well as the country’s minister of foreign affairs and army commander have vowed to intensify their efforts for releasing all the Iranian border guards recently kidnapped by terrorists.

*Ali Izadi is a staff member of IRNA English news