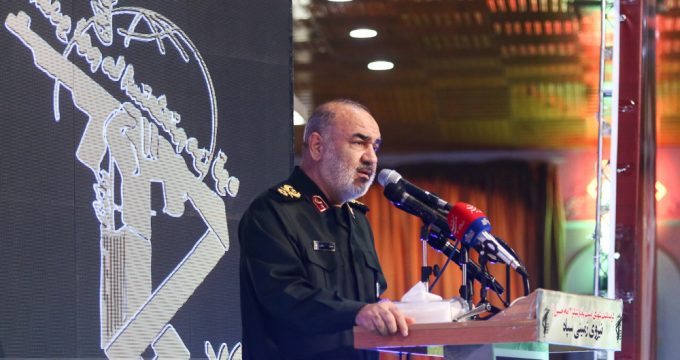 Deputy Commander of Islamic Republic Revolutionary Guards Corps (IRGC) said that today, Saudi Arabia is the heart of wickedness in the region and in the world.

Ahead of Saudi visit, China seeks ‘deeper trust’ with Iran

High-level ministers of the five littoral states of the Caspian Sea—Russia, Iran, Azerbaijan, Kazakhstan and Turkmenistan— are meeting in Baku to monitor the implementation of the Convention on the Legal Status of the sea.

The fifth round of crude oil offer on Iran Energy Exchange ended Monday with only one cargo (350,000 barrels) out of the one million offer sold on the stock market.

Indian Vice President Venkaiah Naidu hailed the friendly and unique ties between Tehran and New Delhi, saying Iran is like a valuable and reliable friend for his country.

The precision of Iranian missiles is unique in the world so that they can hit the targets with the least fault, said the Chief of Staff of Armed Forces Major-General Mohammad-Hossein Baqeri on Monday.

Speaker of the US House of Representatives Nancy Pelosi described the Trump administration’s general approach toward Iran, including Washington’s withdrawal from the JCPOA, as “completely wrong”.