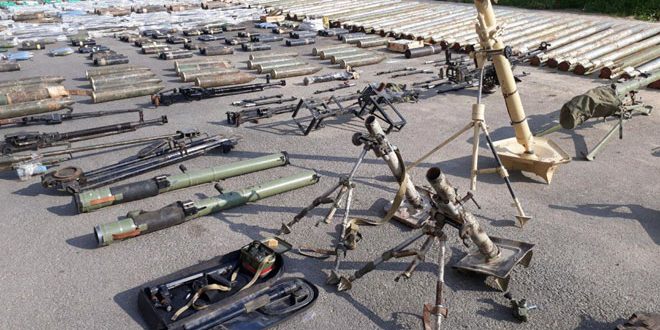 SANA – In the process of continuing work to secure the liberated areas in Damascus Countryside, the authorities found large quantities of weapons and ammunition including US and Israeli-made rockets.

A source told SANA that while the engineering units were combing areas liberated from terrorism in Damascus Countryside, the authorities found American and Israeli-made rockets, in addition to large quantities of ammunition, shells and various types of medium and light weapons hidden in underground warehouses.

The source said the confiscated munitions included large amounts of medium-size machine gun rounds, rifles, tank and artillery rounds, in addition to hundreds of Grad rockets and a large number of American made anti-tank missiles and Israeli 128 mm rockets.

The source added that the authorities also found large numbers of 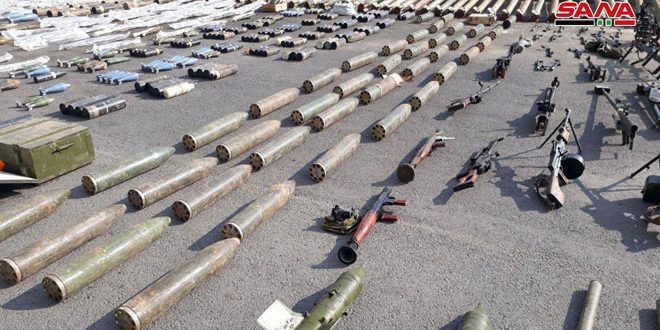 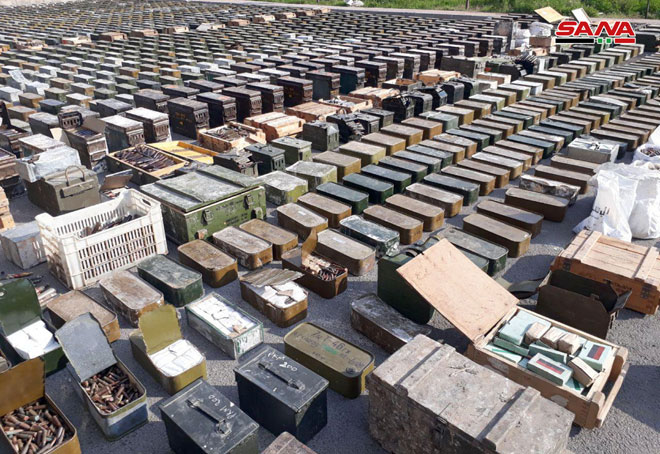 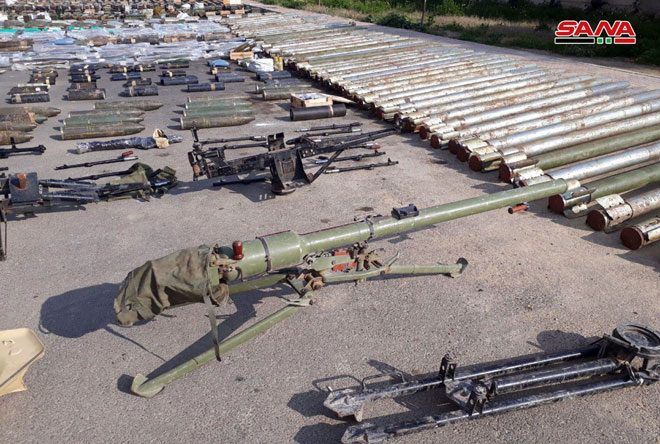