A Look at Iranian Newspaper Front Pages on February 19

Iran Front Page – IFP has taken a look at the front pages of Iranian newspapers on Tuesday, February 19, 2019, and picked headlines from 10 of them. IFP has simply translated the headlines and does not vouch for their accuracy.

Almost all papers today highlighted the remarks made by the Leader of Iran’s Islamic Revolution Ayatollah Seyyed Ali Khamenei, who urged officials to beware of the Europeans’ deceit.

Iranian papers today widely covered the inauguration of the third phase of a gas condensate plant at Persian Gulf Star Refinery in southern Iran, in a ceremony attended by President Hassan Rouhani. The refinery has made Iran self-sufficient in petrol production, and even lets the country export its petrol.

Also a top story was the Iranian security forces’ arrest of some of the terrorists behind the recent attack on IRGC forces in south-eastern Iran.

2- Foreign Ministry: Iran Has Not Given Any Commitment on Yemen 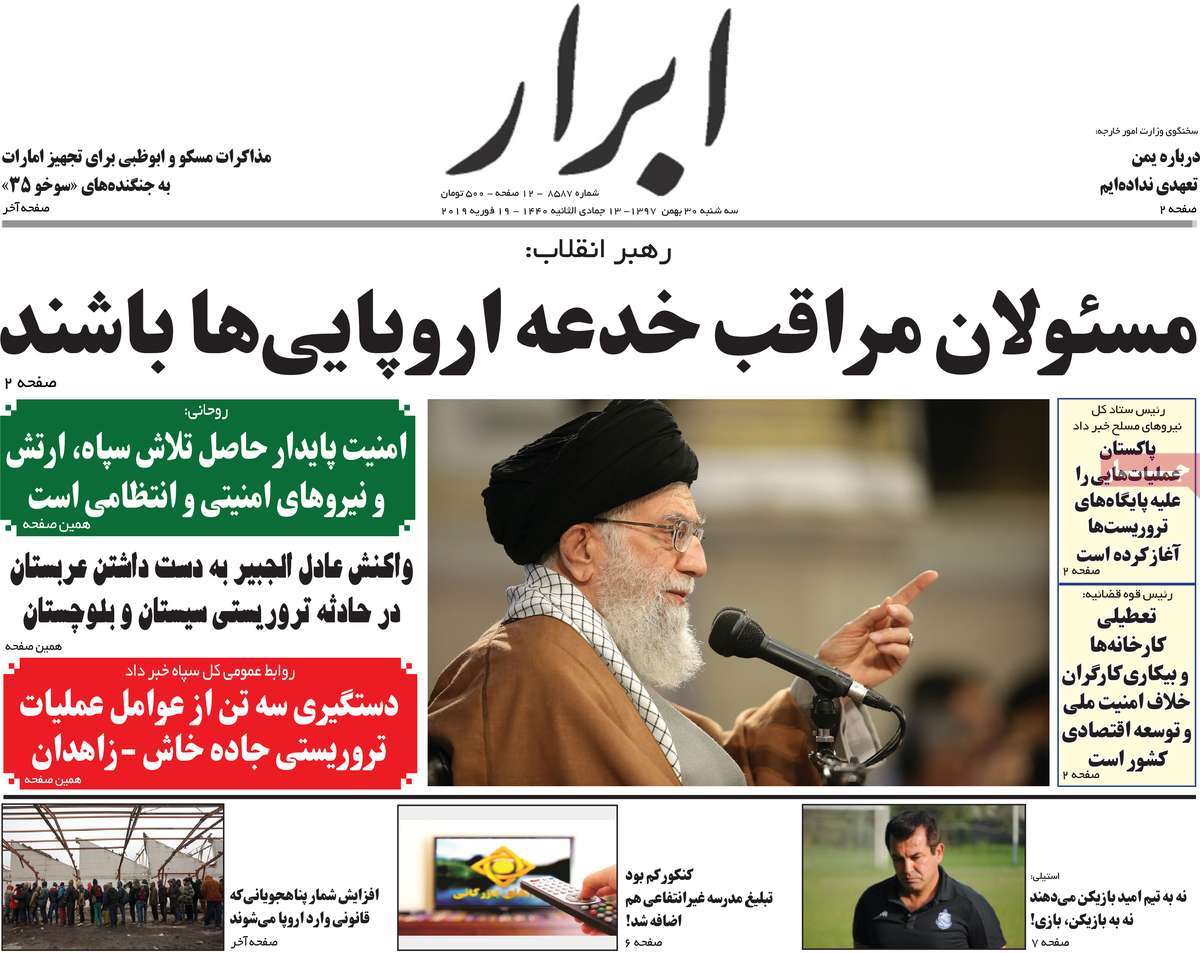 2- Iran Leader: US Getting Weaker; Officials Must Beware of Europeans’ Defeat

3- Zarif: Gap between Europe, US Real 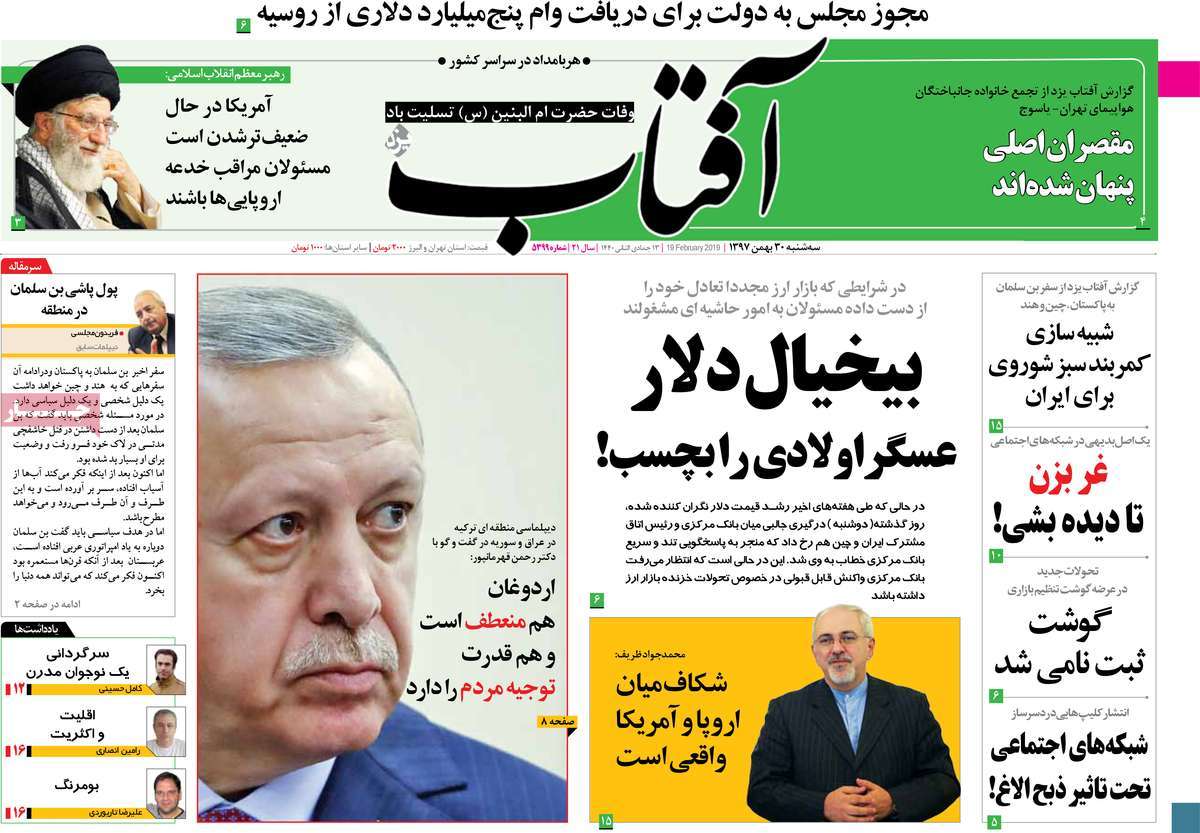 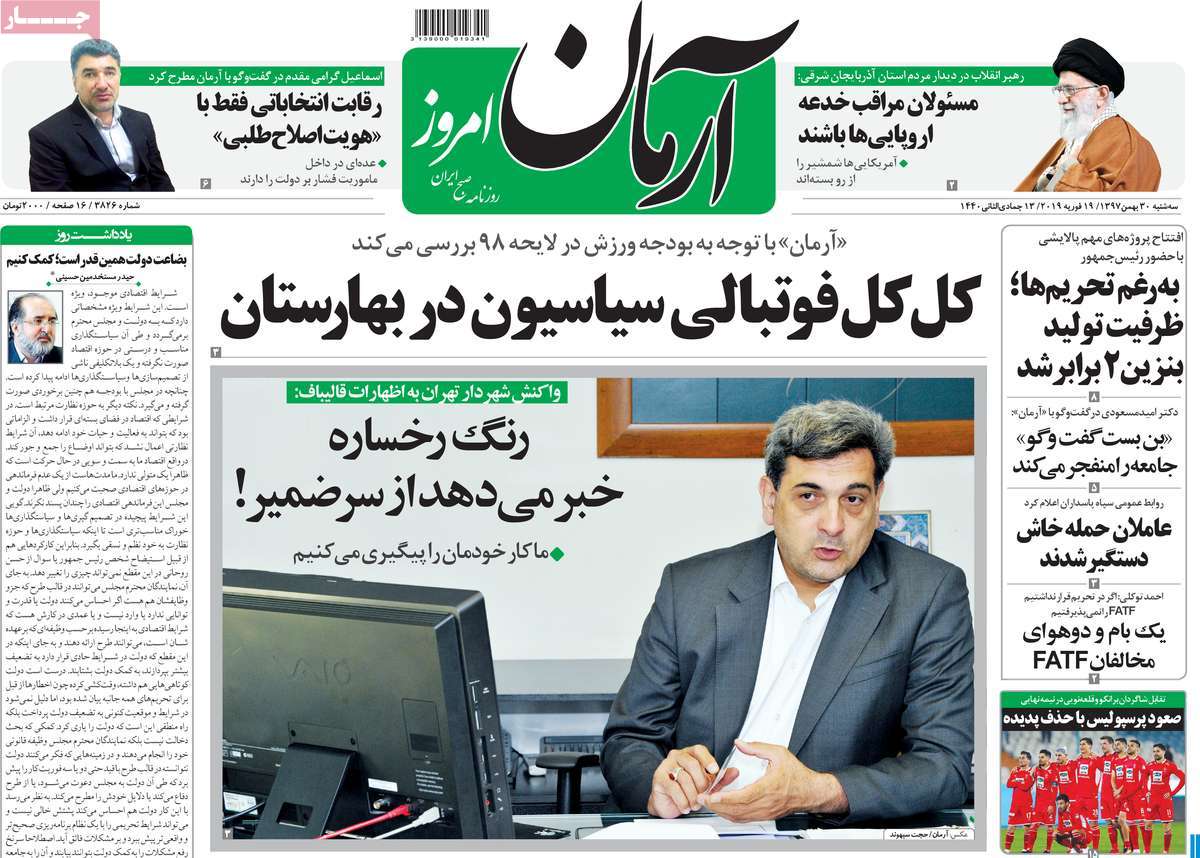 2- Rouhani: We Can’t Get Disappointed 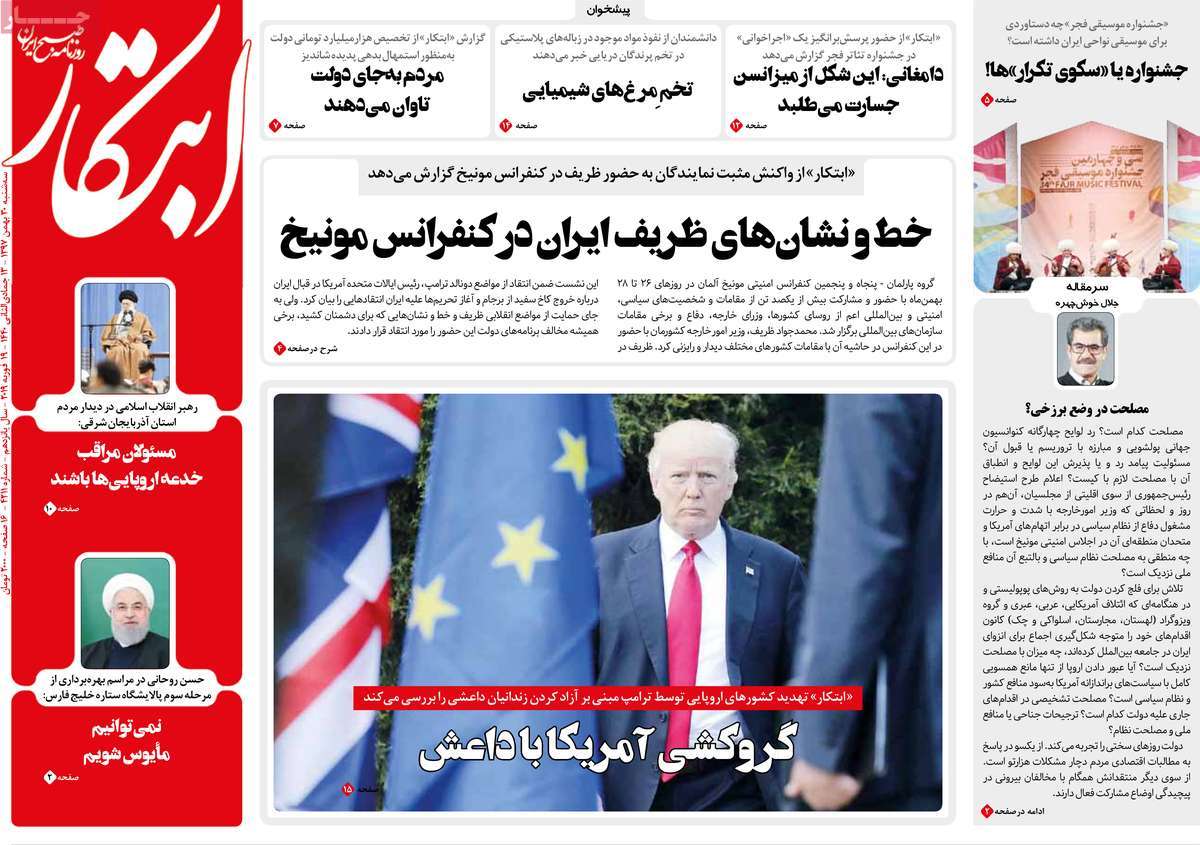 1- Opponents Attempt to Impeach Rouhani, While Unveiling Their Military Alternatives

2- Those behind Terror Attack on IRGC Forces Arrested 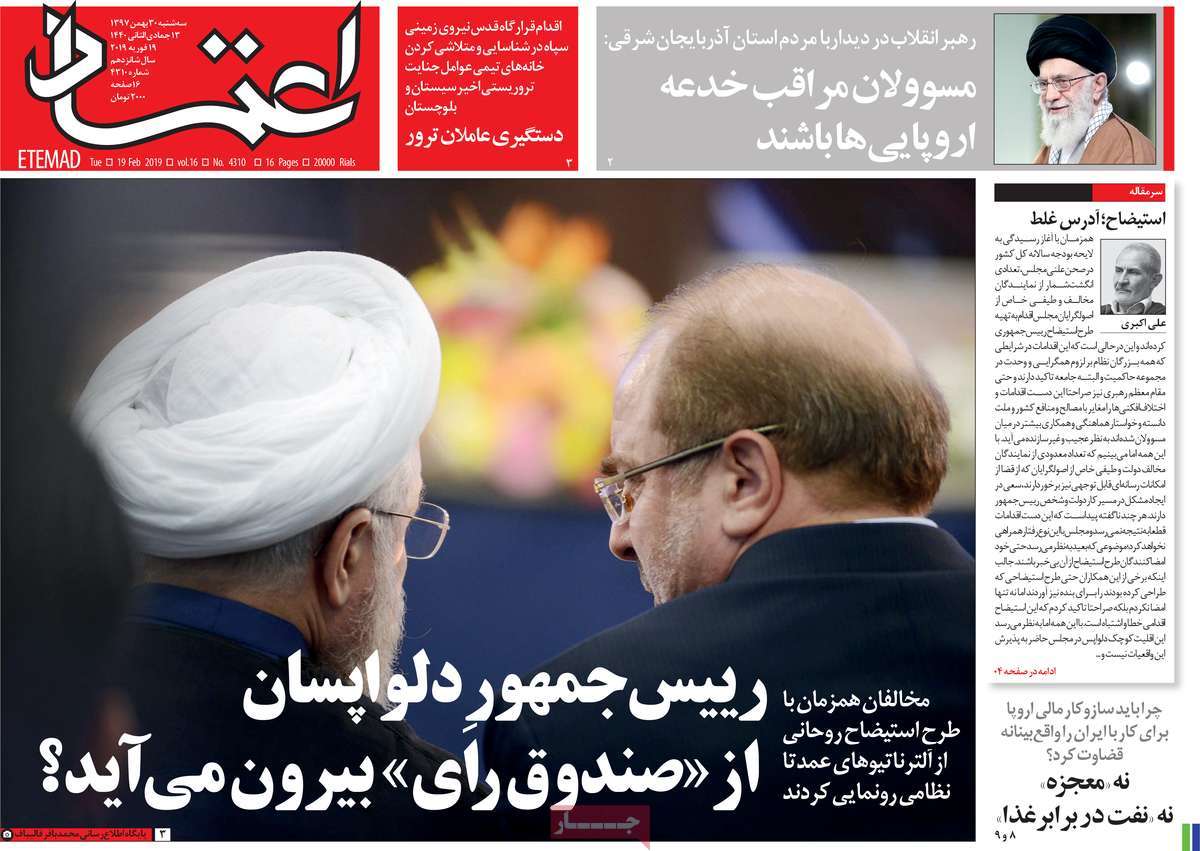 2- US: We’ll Cut Support for Syrian Kurds If They Join Assad’s Army 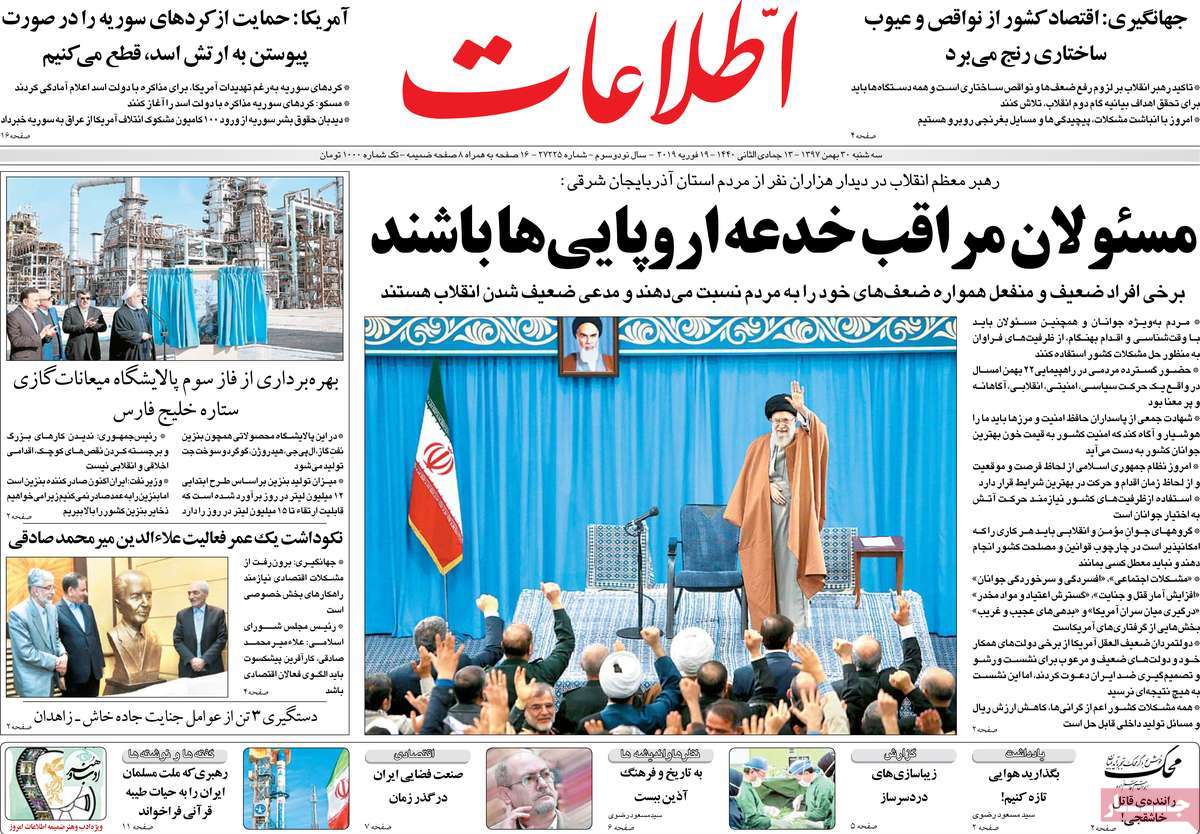 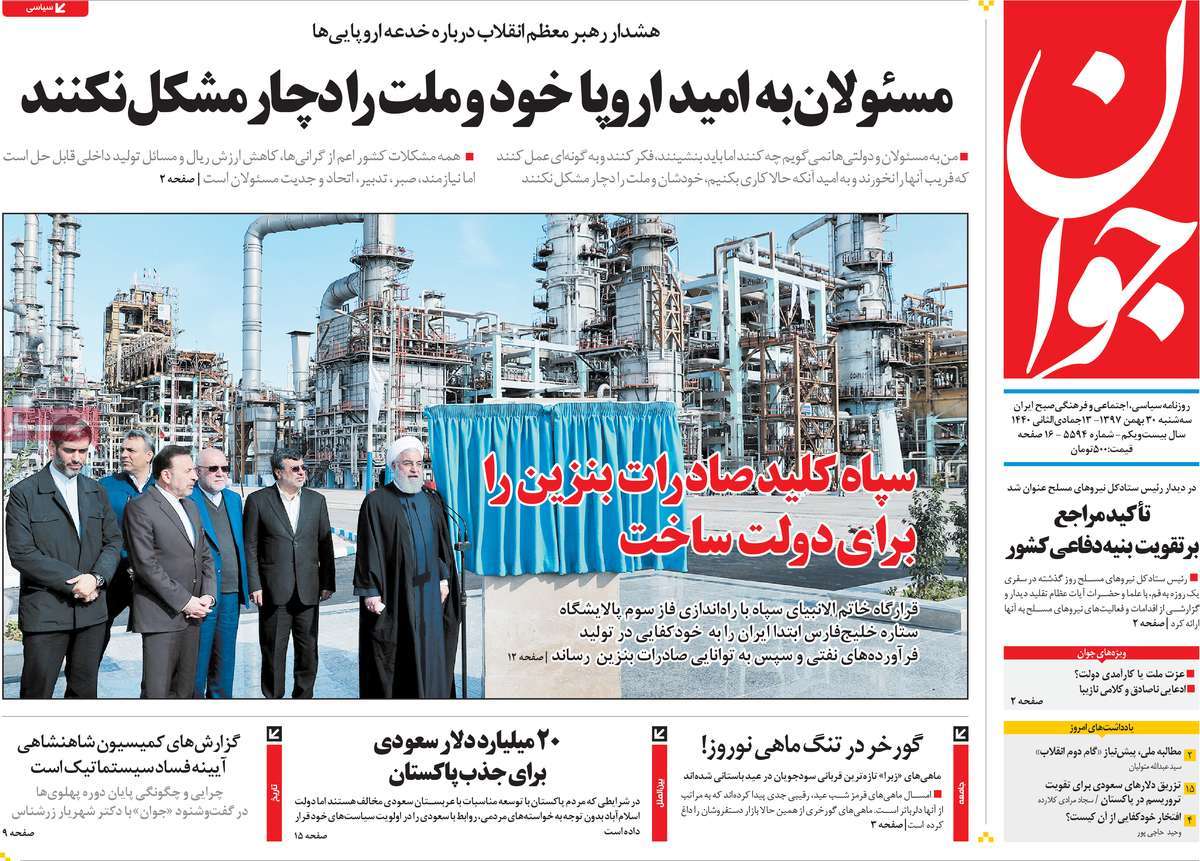 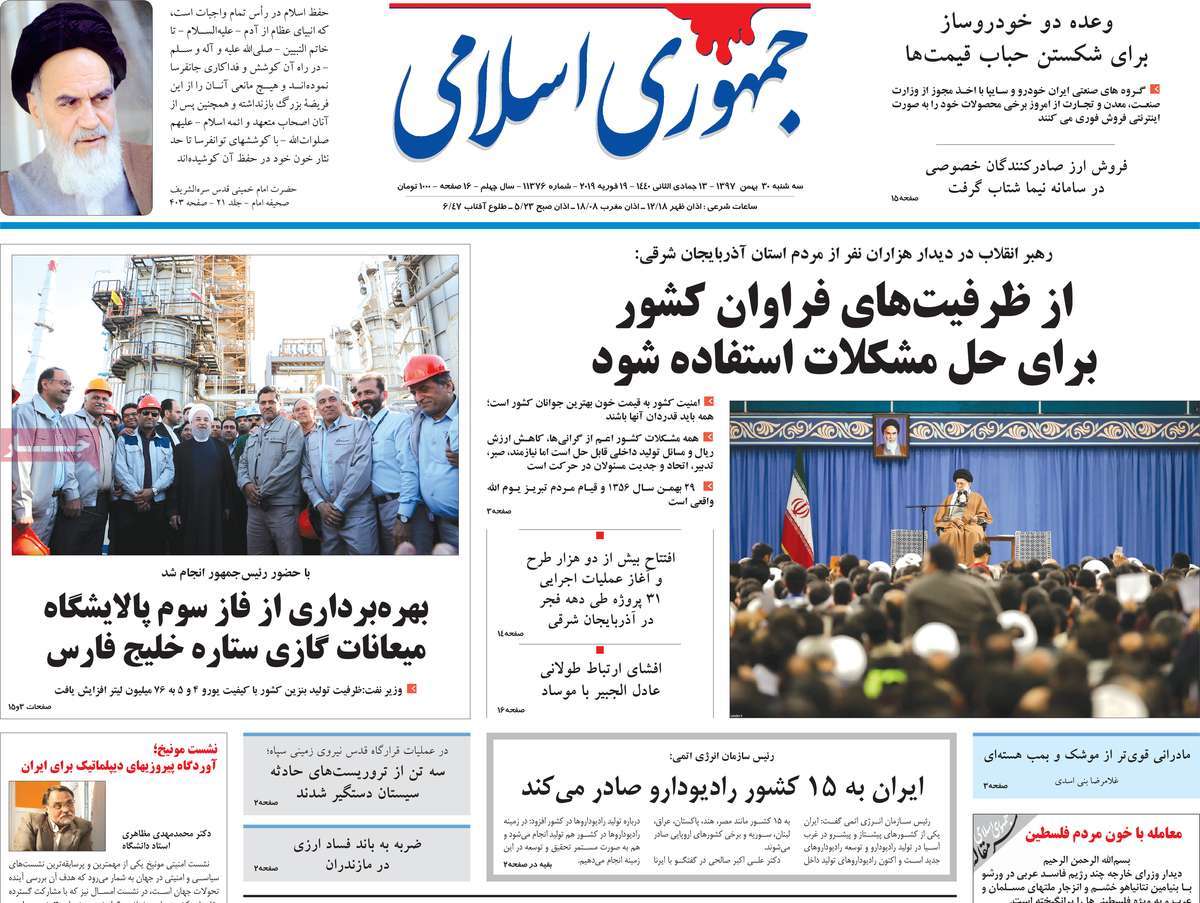 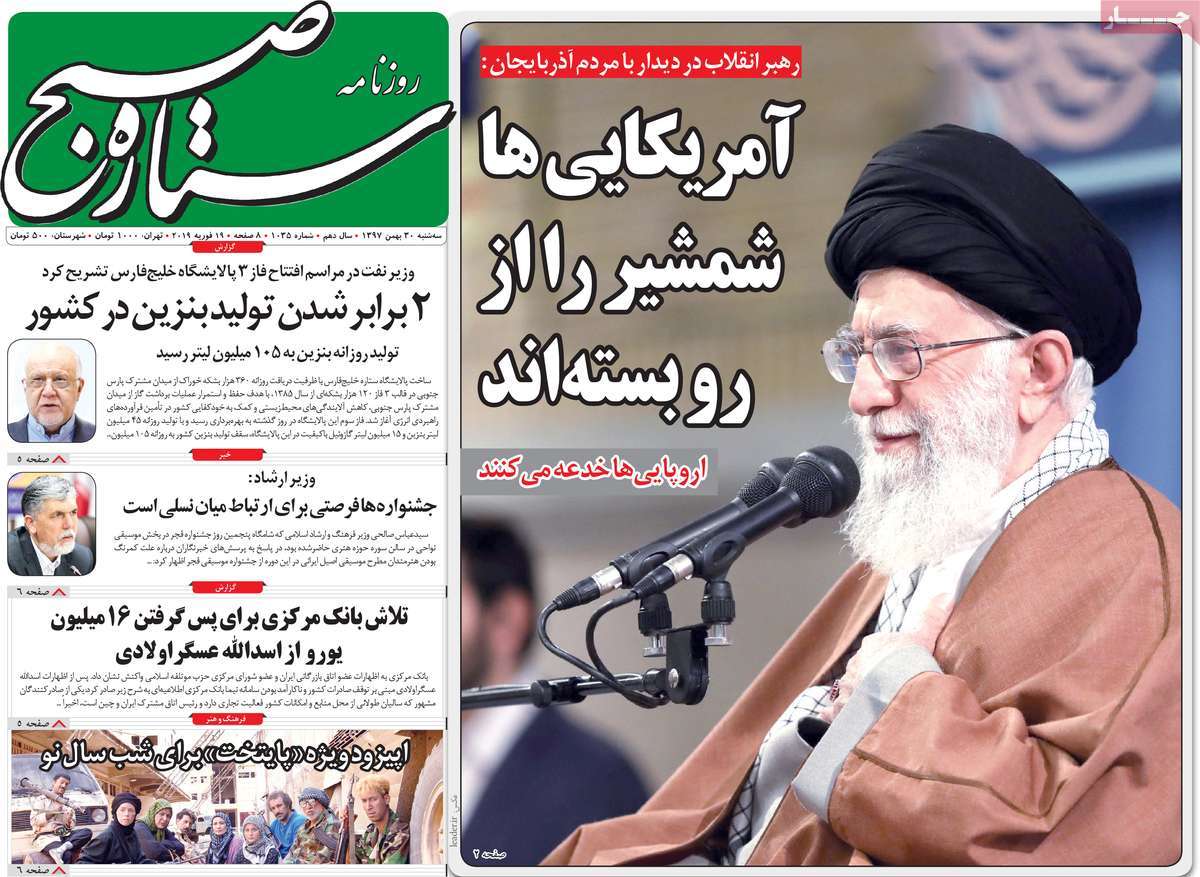 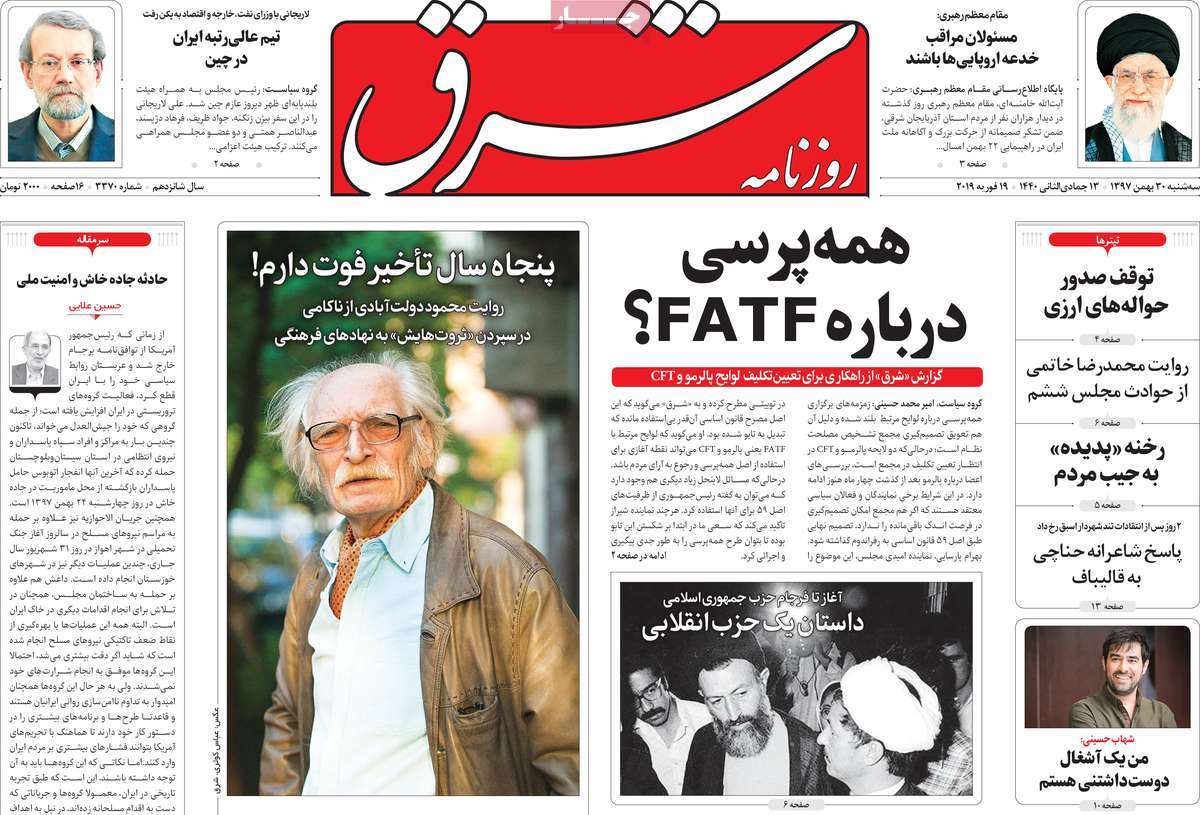