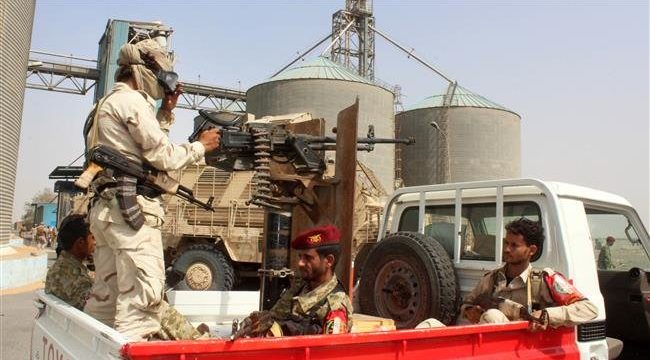 Warring sides in Yemen agree on ‘Phase 1’ of redeploying forces in Hudaydah: UN

Press TV – The Houthi fighters and Saudi-backed militants loyal to the ex-Yemeni government have reached an agreement on “Phase 1” of their mutual redeployment of forces under a UN-sponsored deal for the warring armies to leave the Yemeni port city of Hudaydah, the UN said Sunday.

“The parties reached an agreement on Phase 1 of the mutual redeployment of forces” after two days of talks in Hudaydah, a statement by the UN spokesman’s office said.

The talks were led by Danish General Michael Lollesgaard as chair of a redeployment coordination committee (RCC) that includes the Saudi-backed forces and the Houthis.

“After lengthy but constructive discussions facilitated by the RCC Chair, the parties reached an agreement on Phase 1 of the mutual redeployment of forces,” said the UN statement.

Under Phase 1, the Houthis are to withdraw from the ports of Hudaydah, Saleef and Ras Isa to be met by a retreat of coalition forces from the eastern outskirts of the city, where battles raged before a ceasefire went into effect on December 18.

The forces are to be withdrawn from parts of the city where there are humanitarian facilities. the statement said.

The sides made “important progress on planning for the redeployment of forces” but no date was given to begin the demilitarization.

“The parties also agreed, in principle, on Phase 2 of the mutual redeployment, pending additional consultations within their respective leadership.”

The redeployment of forces is a critical part of the truce deal reached during UN-mediated peace talks in Sweden in December between representatives from the Houthi Ansarullah movement and the Riyadh-sponsored government of ex-president, Abd Rabbuh Mansur Hadi.

Under the Stockholm agreement, the pullback was supposed to have taken place two weeks after the ceasefire went into force on December 18, but that deadline was missed.

The Houthis have repeatedly complained that the Saudi-led coalition has been violating the ceasefire.

Under the truce deal, the rival parties had agreed to the withdrawal of their troops and the deployment of UN monitors to the port city.

Saudi Arabia and the United Arab Emirates launched the Hudaydah offensive in June 2018 but have been facing strong resistance from Yemeni armed forces — led by the Houthis — as well as the city’s residents.

The city, a lifeline for millions of Yemenis, has seen some of the heaviest fighting in the Saudi-led war, which Riyadh began in March 2015.

The imposed war initially consisted of an aerial campaign but was later compounded by a naval blockade and the deployment of mercenaries to Yemen.

Yemen is going through the worst humanitarian crisis since Saudi Arabia and some of its regional allies launched the war on the country in March 2015 in a bid to restore its close ally Hadi to power.

The efforts to destroy the Houthis and reinstate Hadi have so far failed, forcing the kingdom to push for peace with the Yemeni resistance movement and its allies in the army.