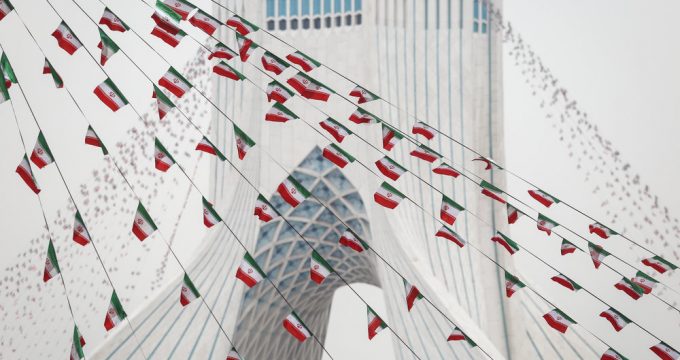 The Islamic Revolution in Iran and the Muslim world challenges

MNA – No doubt, the multidimensional achievements of the Islamic Republic owe a lot to the sincere, faithful, audacious, and insightful leadership which proves tremendously beneficial not to the Islamic republic alone, but the Muslim-Ummah at large.

In the name of Allah Who states “If Allah helps you, none can overcome you; If He forsakes you, who is there, after that, which can help you? In Allah then, let Believers put their trust. Q3:160

May His everlasting peace and blessings be upon His noble servant, our master Muhammad and his purified progeny?

With gratitude to Allah the Highest, let me congratulate the leader of the Islamic revolution, the Iranian nation and indeed the Muslim-Ummah on the marvelous 40th anniversary of the Islamic revolution in spite of persistent conspiracies and rhetoric of the arrogant powers and their stooges. No doubt, the multidimensional achievements of the Islamic Republic owe a lot to the sincere, faithful, audacious, and insightful leadership which proves tremendously beneficial not to the Islamic republic alone, but the Muslim-Ummah at large.
This piece is not a graphical comparison on today’s Iran and it’s subservient past when it was absolutely controlled by the West, but a souvenir on what I consider most important aspects of the revolution as it affects Muslims in general. It is intended for stakeholders to detailed study the historic revolution and its aftermath with a view to taking a lesson therefrom. Some of its fundamental achievements include:

1. Most importantly, the revolution was based on the mission of man as a vicegerent of Allah on earth, through the establishment of Islamic government on Islamic ideals and values that apparently impacts on the entire Muslim-Ummah, and international community. Despite similarities with French, Russian, Chinese, Cuban and Nicaraguan, the Islamic revolution stands erect as faith-based.

2. Well-established institutions with enormous and direct touch on the Ummah like the international Quds day, unity week and periodic educational conferences and awakening program. No doubt, these are of significant benefit world at large.

3. Unrelenting multifaceted support to the world oppressed irrespective of race, religion, and geography especially Muslims in Palestine, Yemen, Bahrain, Iraq, Syria, Afghanistan, Azerbaijan and Myanmar among others, most importantly, provision of educational scholarships to children of martyrs and periodic empowerment.

4. Active participation in all matters having to do with culture and education of Muslim world such as Musabaqat, multilateral trade and co-operation for the benefit of stakeholders in particular and humanity in general.

5. Promoting the original message of Islam intelligently on the principle of unity and justice to Muslims and non-Muslims leading to tangible result. The impact of such move was very obvious on many famous individuals such as Sheikh Mahmud Shaltut and Professor Ibrahim Dasuqi of the Muslim Arab world, and non-Muslims like late Mandela, Hugo Chavez and currently Putin, Nicolas Maduro and many others across the world.

7. Exporting the Islamic revolutionary ideas through the country’s cultural offices and other possible avenues to help the Muslim world actualize Islamic ideals, self-reliance, and socio-economic stability, and also to international community as a whole.

To elaborate a few points raised above, here are some statistics made available in the course of the celebration as examples. According to the World Bank, Iran was 7th in 2016 in the area of patent as against 38th in 1970. With great strides in science and technology, it was 38th in 1970 and 7th in 2016 for which it is considered the fastest growing in the field. The education sector has witnessed significant improvement rising from 16 universities before the revolution to 267 now. The students’ enrolment also rose from 154,315 to 4.5 million respectively. The literacy index has greatly risen to 93%. The country was ranked 5th in citable scientific articles’ publication in the West Asian region in 1996.

On health care delivery, life expectancy has generally risen to 75 years as against 50 before the Islamic revolution with child mortality rate from 185 in 1000 to 14.9 respectively. It has also rose from 5890 medical specialists before the revolution to 36000 with a female as a very significant part. The World Bank reports in 2009 ranked Iran, 21st in terms of quality and number of hospitals just as UNICEF recognized it as the second country of the world in control of contagious diseases. Other fields with tremendous achievements are agriculture, Nano-technology, aerospace and nuclear technology. However, an insignificant portion of Iranian does not appreciate the monumental development. This is not unconnected with lack of pre-revolution experience and comparative knowledge of socio-economic indices of most countries. To curb the unnecessary gaps, the government could intensify efforts in public enlightenment in this direction.

Today’s Islamic Iran is totally different from the despotic days when it was subservient to West. To know the extent of Imam’s works, one must go through its pages before the success of the Islamic revolution. In other words, when it was under Israel, America and Western powers. Those days, it was absolutely dependent. Farming strategically killed through white revolution. Education, health, aviation, commerce and other sectors of human endeavors deliberately destroyed. Good virtues and moral value down with infiltration of western cultures that encouraged all sorts of immorality in the name of freedom and civilization. The Shah’s inherited monarchy was very strong seeing the light for over two thousand years relatively unopposed. Treading the steps of his martyred father, the Imam courageously led the struggle against oppression to its conclusive end. He proudly led to success the best remembered and ever-lasting revolution of the last century.

Early from his twenties, the Imam preached against the tyranny of the Shah who was used by Western powers in suppressing the people and exploiting their resources. Consequently, the Imam and his disciples were severely persecuted for their faith. Sometimes soldiers would attack the prominent Faydhiyyah School where he taught throwing students down from its top leading to their martyrdom, including many assassination attempts on his life. Today, the Islamic republic is a symbol of security, social justice, moral values, and scientific and technological advancement as all these no doubt owe their origin from the original teachings of Islam.

The plight of the Muslim-Ummah obviously, is very disheartening. Because despite its numeric strength, economic potentials and unequalled history, it is in absolute predicament which is not unconnected with the way it ignores the honorable teachings of Islam allowing itself to be disunited on trivial issues despite clear warnings. This no doubt is the root cause of all humiliations it experiences in different parts of the world such as Iraq, Kashmir, Afghanistan, Syria, Palestine, Yemen, Pakistan, Somalia, Myanmar, Central African Republic and host others. The increasing poverty, fear, confusion, general insecurity, killings, and various forms of persecution in Nigeria no doubt owe its origin to this. For urgent solution, however, Muslims must change “… verily, never will Allah change the condition of a people until they change it themselves with their own souls” Q13:11. Therefore, our glory obviously lies in solid unity and total adherence to the teachings of the noble Qur’an and purified progeny as consistently taught by the Imam (QS).