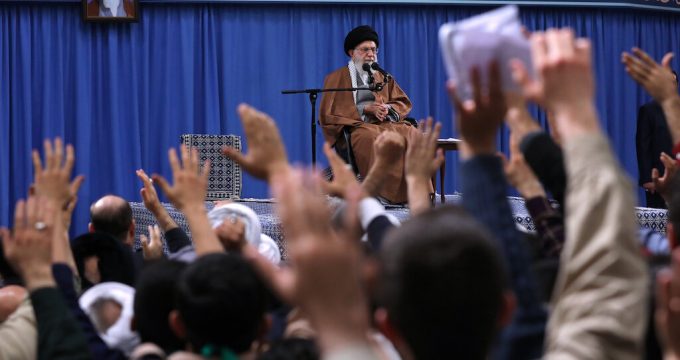 Leader of Islamic Revolution Ayatollah Khamenei has warned Iranian officials not to be deceived by Europe and cause problems for the country.

Islamic Revolutionary Guard Corps said that its forces have identified and struck numerous hideabouts of perpetrators behind the Zahedan attack, arresting three terrorists.

Chief of Staff of the Iranian Armed Forces warned the perpetrators of a recent attack on the IRGC forces in southeast Iran to expect an severe revenge from the Iranian nation.

Iranian Foreign Ministry Spokesman Bahram Ghasemi said the US continues to pile on the pressure against Iran and the country is opposed to the cooperation of other countries, especially Europe, with Iran, for various reasons.

Iranian President Hassan Rouhani said that it is ‘very painful’ for enemies to see that Iran has managed to inaugurate major national projects despite harshest sanctions.

Iran has become self-sufficient in gasoline production, Iranian Oil Minister Bijan Zanganeh said on Monday after inauguration of the third phase of the Persian Gulf Star Refinery in the southern port city of Bandar Abbas.

The Iranian foreign ministry spokesman said the allegation that Monica E. Witt, a former US Air Force intelligence specialist, has worked for Iran’s security agencies as a spy is baseless and raised by the US to promote Iranophobia.

Swiss Ambassador to Tehran Markus Leitner in his meeting with Iranian Minister of Economy Farhad Dejpasand on Monday expressed his country’s readiness for expansion of cooperation with the Islamic Republic.

Iranian Minister of Petroleum Bijan Zangeneh left Tehran on Monday to weigh up Iran-China cooperation in oil and gas industry.

February 18, 2019
Zangeneh leaves Tehran for Beijing
‘Europe very keen to preserve Iran accord and is fighting to do so’ – Prof