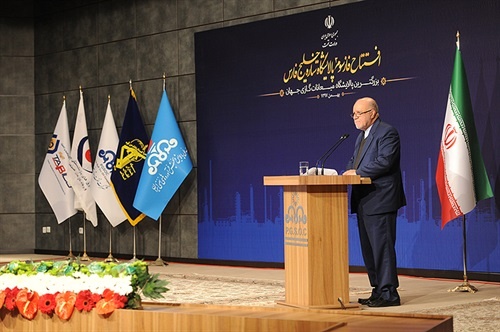 He said 76 ml/d of Euro-4 and 5 petrol was produced in the country, adding inauguration of the first three phases of the refinery had realized a major leap in the country’s petrol production capacity.

“Today, contrary to what was the case a decade ago that petrol imports could be subject to the sanctions, we are no longer an importer of the item and can even become a petrol exporter and the US cannot have a word to say in this regard,” the official said.

The official said Iran could export petrol but had not started exports in order enhance domestic reserves of the item.

Mr. Zangeneh said that production of Euro-4 gasoil back in 2012 stood at 6 million liters per day which is currently 44 ml/d.

He also said that principal approvals had been granted for refining two million barrels per day of crude oil and allocation of feedstock to the private sector for building new oil and gas condensate refineries in the country.