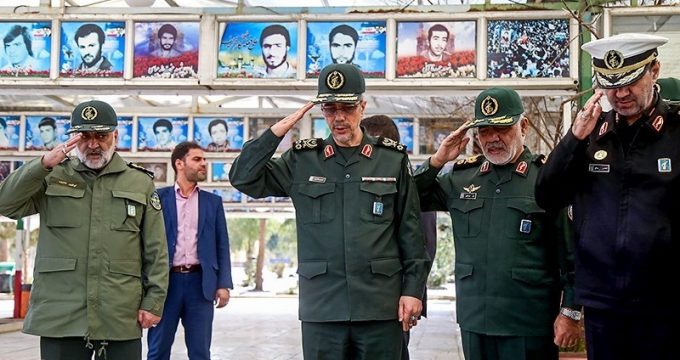 Speaking to reporters in the city of Qom on Monday, the top Iranian general said Tehran has called on Pakistani military and political officials to take serious action in the fight against terrorist groups near the common border with Iran, in the wake of a recent terrorist attack that killed 27 IRGC personnel in southeast Iran.

The Pakistani authorities have been urged to take responsibility for the fight against terrorist groups “or allow our forces to enter (Pakistan) and fight off these terrorist groups,” he added.

A bus carrying IRGC personnel was traveling between the cities of Zahedan and Khash, in Sistan and Balouchestan on February 13, when it was targeted in a suicide car bomb attack. Twenty-seven IRGC members were killed and 13 others injured in the attack, claimed by the so-called Jaish ul-Adl terrorist group based in Pakistan.

Elsewhere in his remarks, Major General Baqeri reiterated the need for Islamabad to ensure stability and security near the border with Iran, adding, “If the centers used for training, accommodating, preparing and lodging terrorist groups in Pakistan would intend to continue their activities for any reason, it would be the Islamic Republic’s natural and international right under the United Nations Charter to take direct action against those centers and take revenge if necessary.”

The top commander also noted that Iran has provided intelligence for Pakistan, whose army has reportedly launched an operation since Sunday in the Pakistani Balochistan region against the terrorist groups.

He stressed that Iran will keep negotiations with Pakistan and pressuring it to make sure that the terrorist groups will be rooted out from the southeastern province of Sistan and Balouchestan.