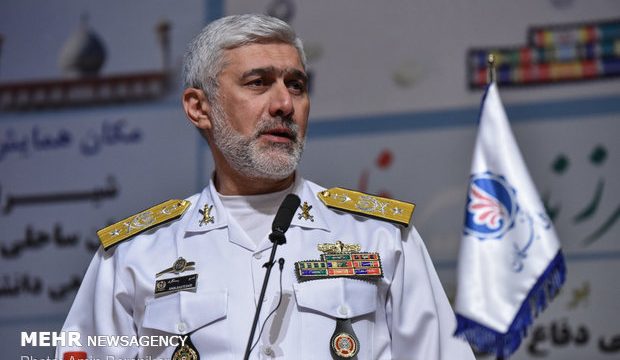 MNA – Iran is among top 11 countries of the world which have achieved the technology of building submarines, said the head of Marine Industries Organization of the Ministry of Defense and Armed Forces Logistics.

Rear Admiral Amir Rastegari made the remarks Saturday night in a live IRIB TV program focused on the joining of Fateh submarine to the Navy’s fleet.

He said that preparations to build Fateh submarine started in early months of the [Iranian calendar] year 1387 (starting on March 21, 2008) based on requests of Army’s Navy.

More than 412,000 pieces have been used in this submarine and it took about 10 years to build it, he said, adding that, “this is a record since the average time [to manufacture such a submarine] in the world is between 12 to 15 years.”

Rastegari went on to say that more than 76 state-of-the-art technologies have been used in Fateh and that some 500 knowledge-based companies have cooperated with defense ministry in its manufacturing process.

Commander of Iranian َArmy Navy Rear Admiral Hossein Khanzadi was the other guest of this program who noted that before the Islamic Revolution, Iran didn’t have any knowledge or technology regarding submarines.

“Fateh submarine was a leap in building submarines and it completed the defensive chain of our country below waters,” he added.