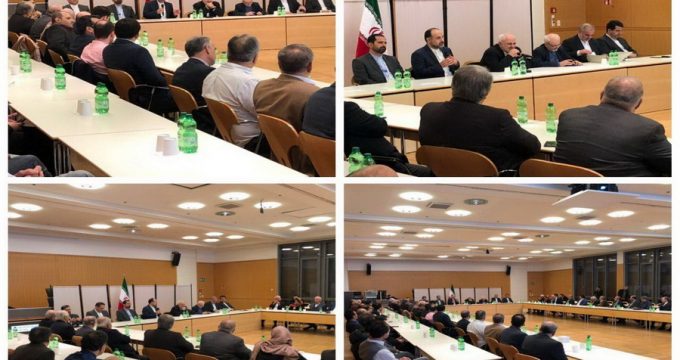 Zarif who is currently in Munich to attend the 55th Munich Security Council discussed common concerns among the Iranians inside and outside the country, including cultural, economic, legal and consular affairs during the meeting and answered several questions.

Munich Security Conference has been held annually in the German city of Munich since 1963 with the aim of providing an opportunity for the political, economic, scientific and military officials from around the world to explore ways of maintaining peace and establishing security.

Munich Security Council opened on Friday and will end on Sunday.