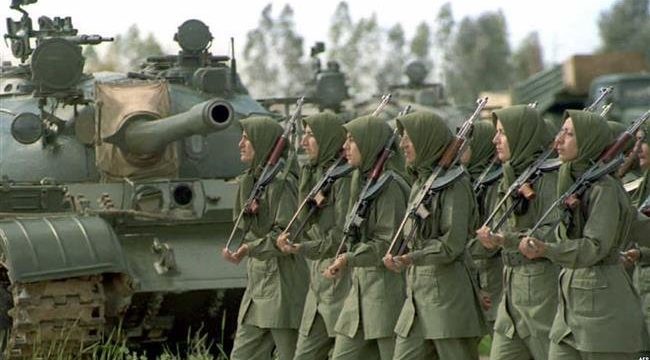 Press TV – A German weekly has revealed that members of the anti-Iran terrorist Mujahedin-e Khalq Organization (MKO) engage in intense practice, learning how to inflict horrific bodily injuries, at a camp in Albania, where they have been relocated to.

It said 2,000 members of the terror group are living in the camp, which is situated 35 kilometers from the Albanian capital, Tirana, and is 50 times the size of a soccer field.

The MKO elements do not have access to cell phones, clocks, or calendars, the report said, adding that some of them are active in construction work while some others sit behind computers to post fake news about Iran on Twitter and Facebook or enlist new members via Telegram.

The MKO is listed as a terrorist organization by much of the international community. Its members fled Iran in 1986 for Iraq, where they received support from then dictator Saddam Hussein.

The notorious outfit has carried out numerous attacks against Iranian civilians and government officials for several decades.

In 2012, the US State Department removed the MKO from its list of designated terrorist organizations under intense lobbying by groups associated to Saudi Arabia and other regimes adversarial to Iran.

A few years ago, MKO members were relocated from their Camp Ashraf in Iraq’s Diyala Province to Camp Hurriyet (Camp Liberty), a former US military base in Baghdad, and were later sent to Albania.

American journalist Seymour Hersh, a Pulitzer Prize winner who has written for The New Yorker, reported in 2012 that a number of MKO members had been secretly trained by the United States Joint Special Operations Command (JSOC) at the Department of Energy’s Nevada National Security Site, a secretive training facility northwest of Las Vegas, in a program that began in 2005 and purportedly ended “sometime before President Obama took office.”

Hersh also cited an NBC report — itself citing “two senior Obama Administration officials” — that said MKO “units… financed and trained by Mossad, the Israeli secret service” had been involved in the assassination of four Iranian nuclear scientists and an attempted attack on another one after 2007.

Albania hosting of MKO, MKO February 17, 2019
Leader orders 20pc of oil export income to go to National Fund: Speaker
‘Those who think US, Israel can provide them with security are wrong’: Rouhani