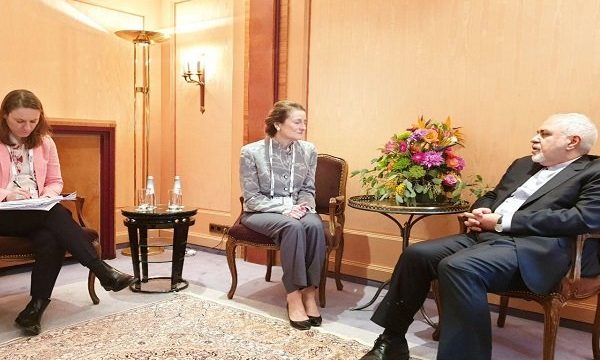 The cooperation between Iran and the UN International Children’s Fund was the main focus of the meeting between the two countries, held on the sidelines of the 55th Munich Security Conference in the German city of Munich.

Iranian foreign minister arrived in Germany in the early hours of Friday to take part in 2019 Munich Security Conference, which will run from Feb. 15 to 17.