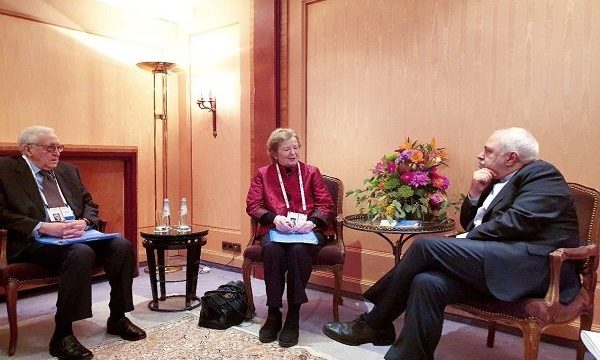 MNA – Iranian Foreign Minister Mohammad Javad Zarif on Saturday discussed regional issues with the Elders on the sidelines of the Munich Security Conference in Germany.

The two are member of The Elders, a group of world leaders working for global peace.

The Saturday discussions focused on the most important international developments and regional issues.

The 3-day Munich Security Conference, which will wrap up later today, mainly focuses on ‘International Defense and Trade Cooperation’, and is attended by over 600 top-ranking political figures including heads of states, foreign ministers and defense ministers.