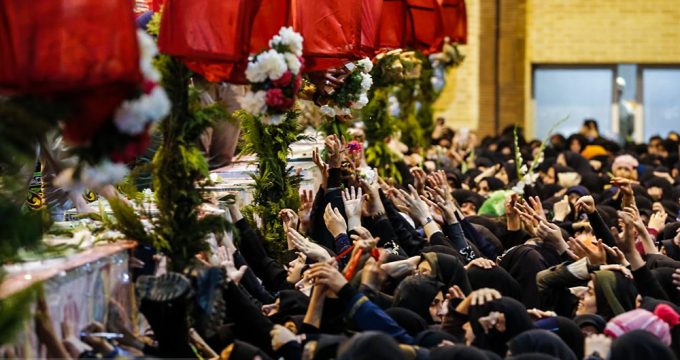 Press TV – The United Nations Security Council has condemned “in the strongest terms” a “heinous and cowardly” terrorist attack in southeastern Iran, which killed 27 IRGC personnel and wounded 13 others Wednesday.

Council Members expressed their deepest sympathy and condolences to the government and families of the 27 victims on Thursday and wished a “speedy and full recovery” to the 13 injured.

“Terrorism in all its forms and manifestations constitutes one of the most serious threats to international peace and security,” reaffirmed the Council.

It also underlined the need to hold “perpetrators, organizers, financiers and sponsors of these reprehensible acts of terrorism accountable and bring them to justice.”

In this regard, they urged all states, in accordance with their obligations under international law and relevant Security Council resolutions, “to cooperate actively” with the Iranian government in the aftermath of the attack, and all relevant authorities.

“Any acts of terrorism are criminal and unjustifiable, regardless of their motivation, wherever, whenever and by whomsoever committed,” reiterated the Security Council members.

On Wednesday, an explosives-laden car rammed into a bus carrying the IRGC personnel on a road between the cities of Zahedan and Khash. The so-called Jaish ul-Adl terrorist group claimed responsibility for the bombing.

Iran has so far received dozens of messages of condemnation and condolences from many countries and international bodies in the world, including the European Union. However, the US and its regional allies have kept silent so far toward the deadly attack.

The US and Persian Gulf Arab countries on Thursday gathered in the Polish capital of Warsaw to attend an anti-Iran conference ironically entitled “Peace and Security in the Middle East.”

Iranian Foreign Minister Mohammad Javad Zarif said it was not coincidental that terrorists attacked on the same day that the anti-Iran summit organized by the United States kicked off in Poland.

The Jaish ul-Adl is said to be a Saudi-backed terrorist group operating against Iran in Sistan and Baluchestan province along the Pakistani border.

Iranian President Hassan Rouhani on Thursday called on Iran’s neighboring countries – Pakistan in particular – to fulfill their legal obligations within the framework of the principle of good neighborliness and prevent the terrorist groups from using their soil to launch attacks against their neighbors.

“Should such a trend continue and they (the neighboring countries) fail to contain the terrorists, it is clear under international law that we have certain rights and will [act to] restore them in due time,” he said.

The IRGC has also vowed a strong response to those behind the bloodshed.

In a message on Friday, Commander of IRGC Ground Force Brigadier General Mohammad Pakpour condemned the “cowardly” crime, saying that it was committed by Takfiri terrorists upon their masters’ order.

“There is no doubt that the comrades of these martyrs … at the IRGC Ground Force will take a hard revenge from the perpetrators and sponsors of this inhumane crime,” he vowed.

“The brotherly government of Pakistan and the country’s security bodies and army are expected to step up security measures and tactics on the common border.”

Islamabad should engage in such actions to tighten the grip on “Takfiri mercenary terrorists, who are the enemies of both nations, and decisively confront them to rob them of any chances to take any action, which could compromise security or pose danger,” he added in a statement Thursday.