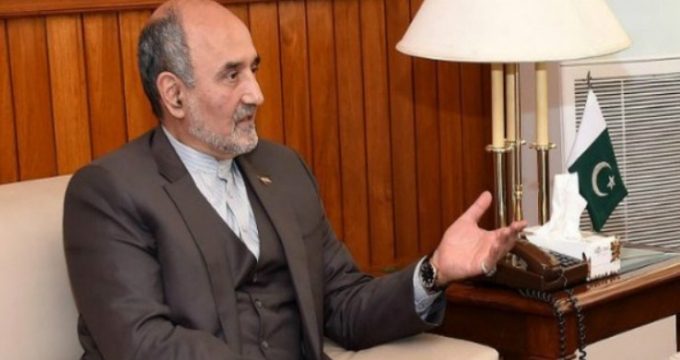 Iran envoy calls for removal of trade barriers with Pakistan

IRNA – Iranian Ambassador to Pakistan Mehdi Honardoost has stressed upon the need for removal of trade barriers between Iran’s Sistan-Baluchistan and Pakistan’s Balochistan provinces to promote economic ties.

He made the remarks during a meeting with Balochistan Assembly Speaker Mir Abdul Quddus Bizenjo in south western city of Quetta.

The ambassador said that there is immense trade potential between the neighboring provinces of Iran and Pakistan which needs to be explored.

He also emphasized on strengthening of border relations between the two countries by using the capacities of Iran’s Sistan-Baluchistan and Pakistan’s Balochistan provinces.

Promotion of parliamentary co-operation between Iran and Pakistan also came under discussion during the meeting.