A Look at Iranian Newspaper Front Pages on February 16

Iran Front Page – IFP has taken a look at the front pages of Iranian newspapers on Saturday, February 16, 2019, and picked headlines from 12 of them. IFP has simply translated the headlines and does not vouch for their accuracy.

The top story today was the remarks made by President Hassan Rouhani during his tripartite meeting with his Russian and Turkish counterparts in the city of Sochi. The withdrawal of US forces from Syria was among the topics highlighted by most papers.

Several papers also covered the Warsaw Summit and resembled it into a circus staged by Washington. Some dailies also said that the Sochi Summit could defeat attempts at Warsaw to give a bad picture of Iran.

Reactions to the Wednesday terrorist attack in Iran’s Sistan and Baluchestan province in which 27 border guards were killed was another topic highlighted by Iranian dailies. 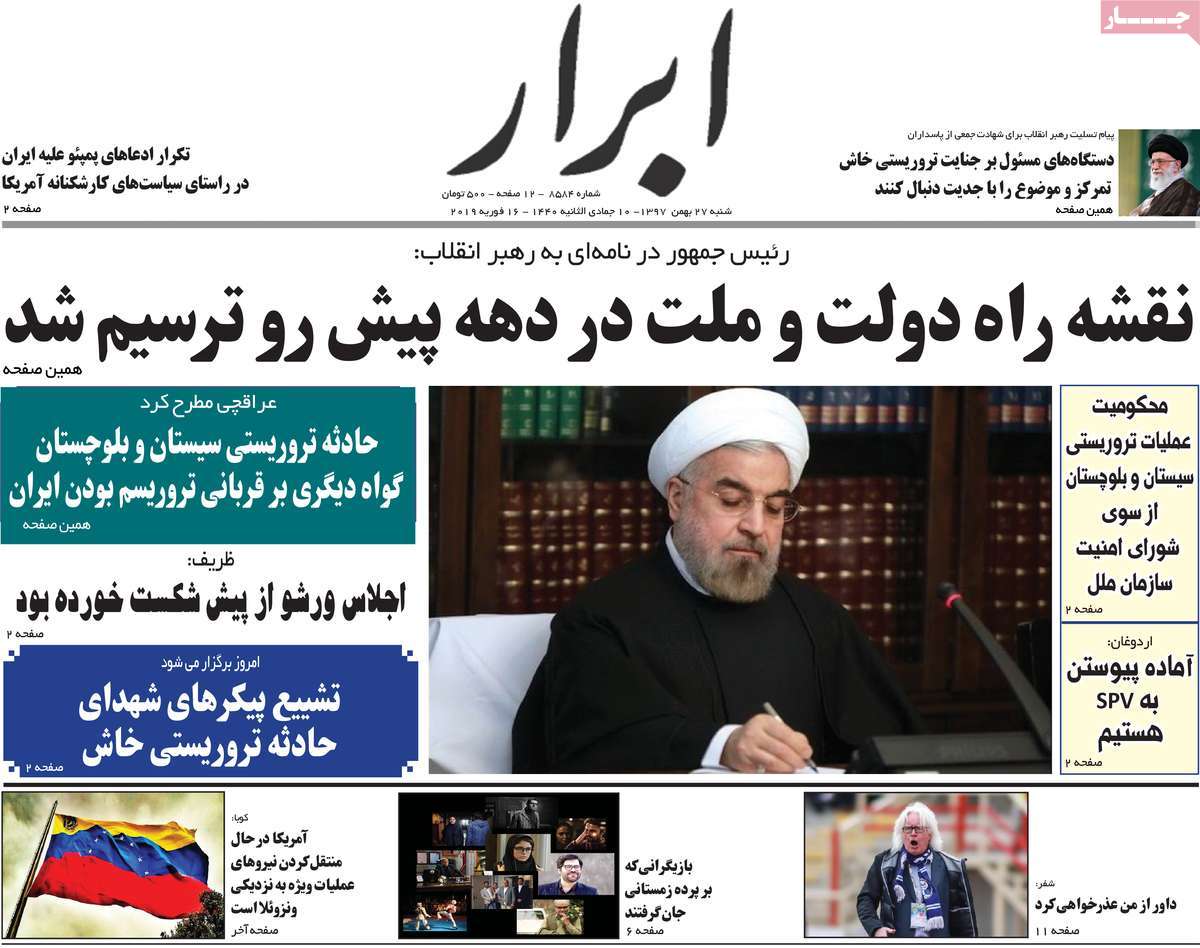 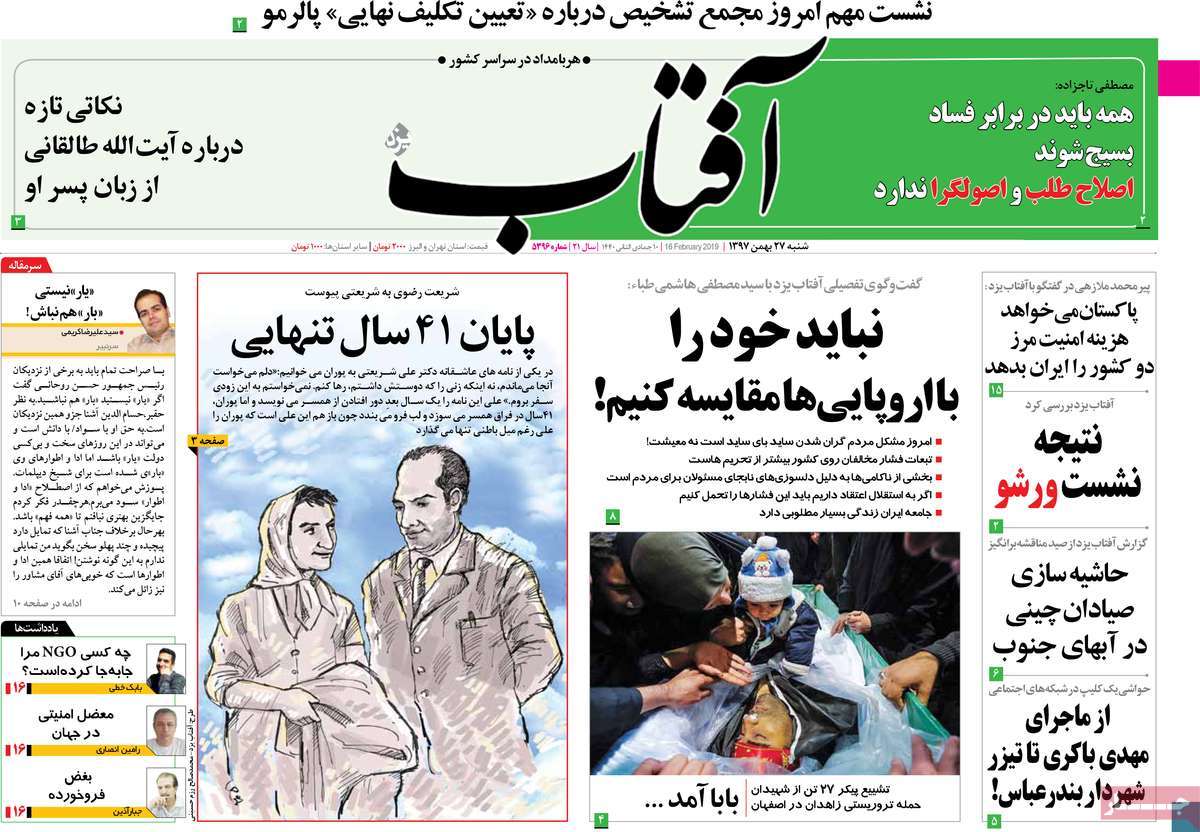 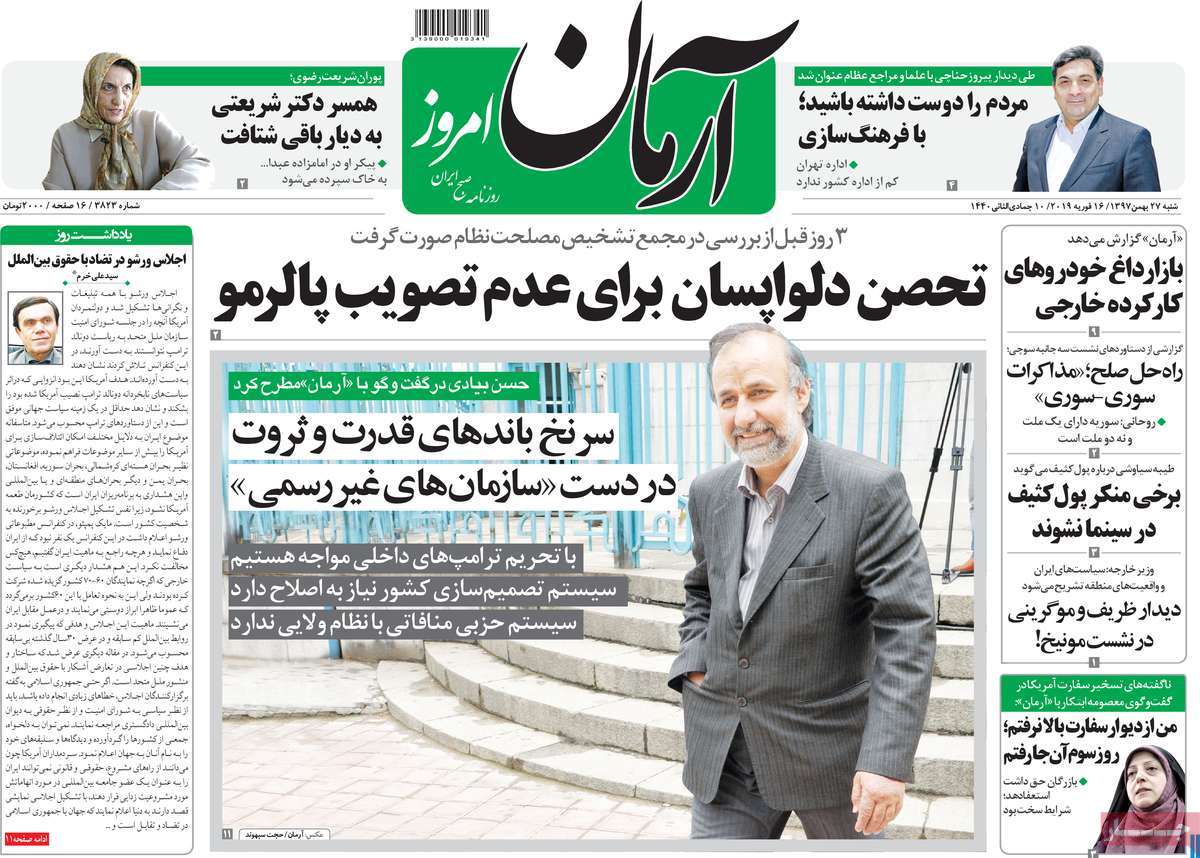 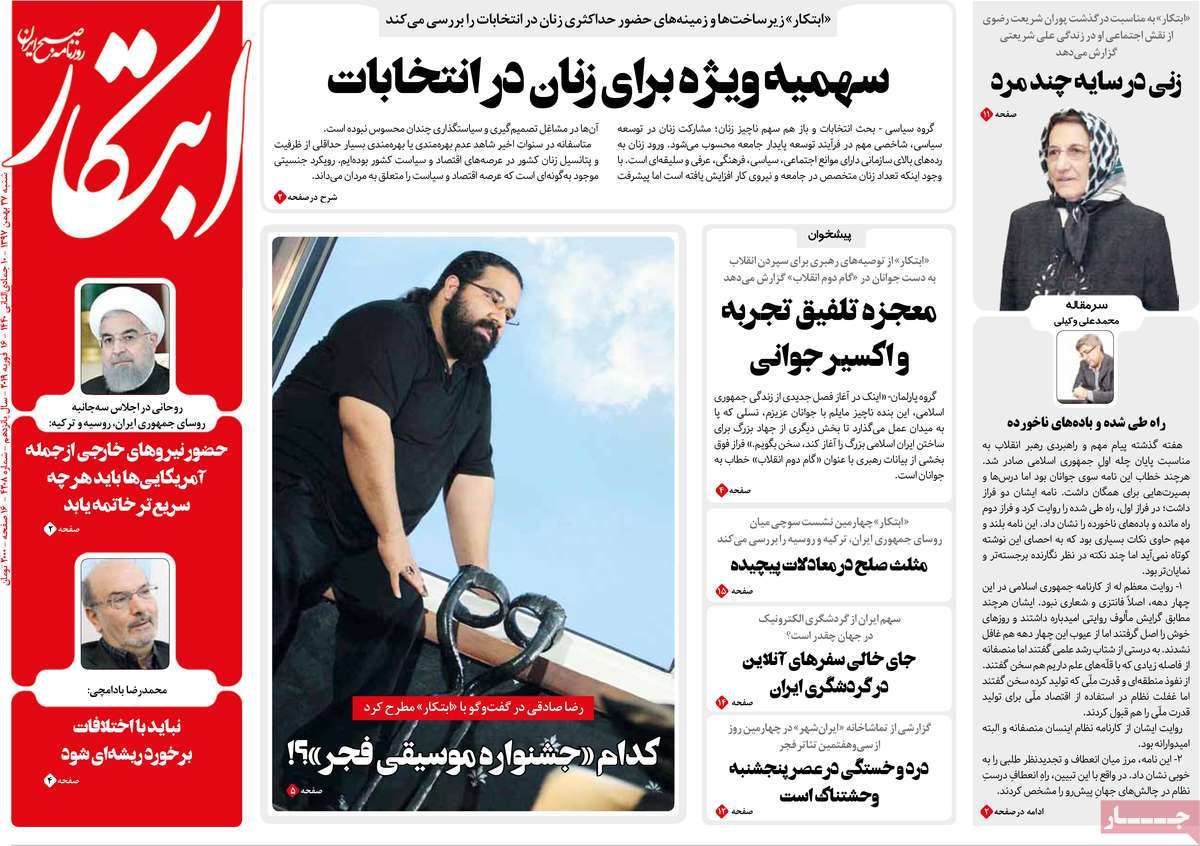 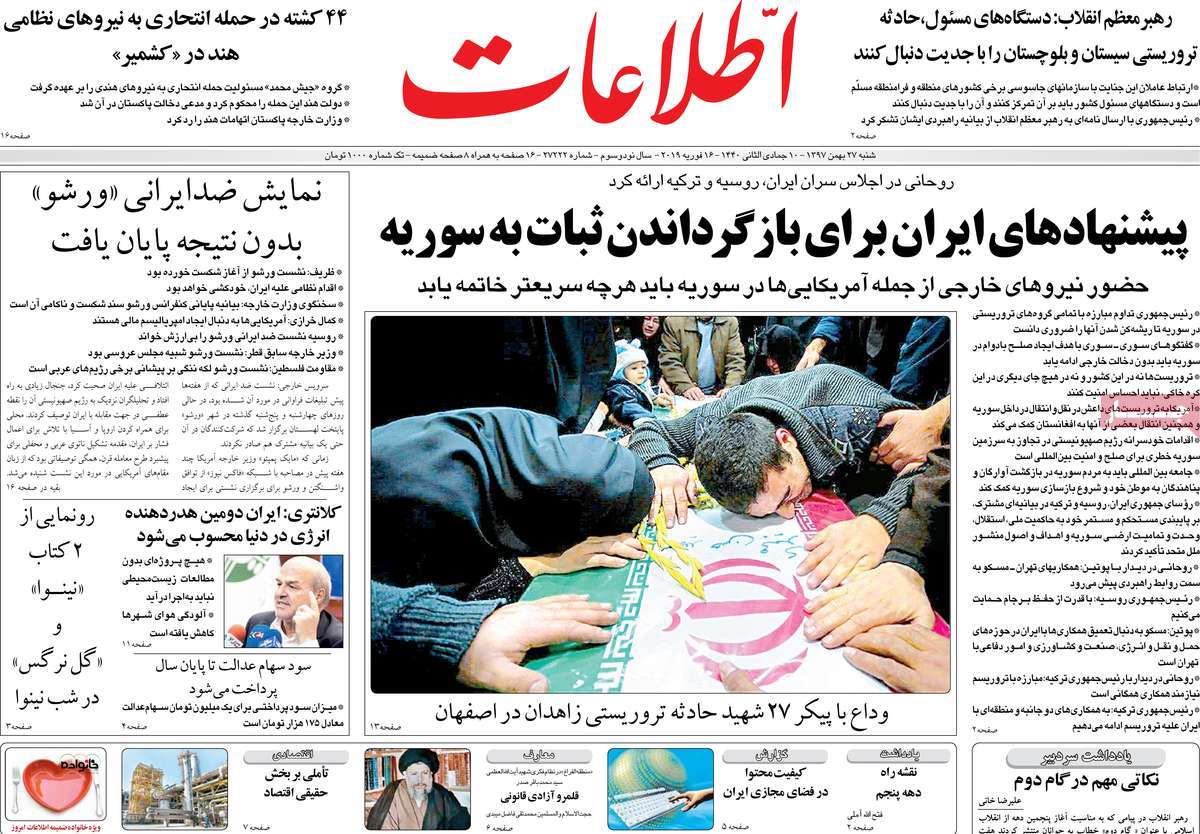 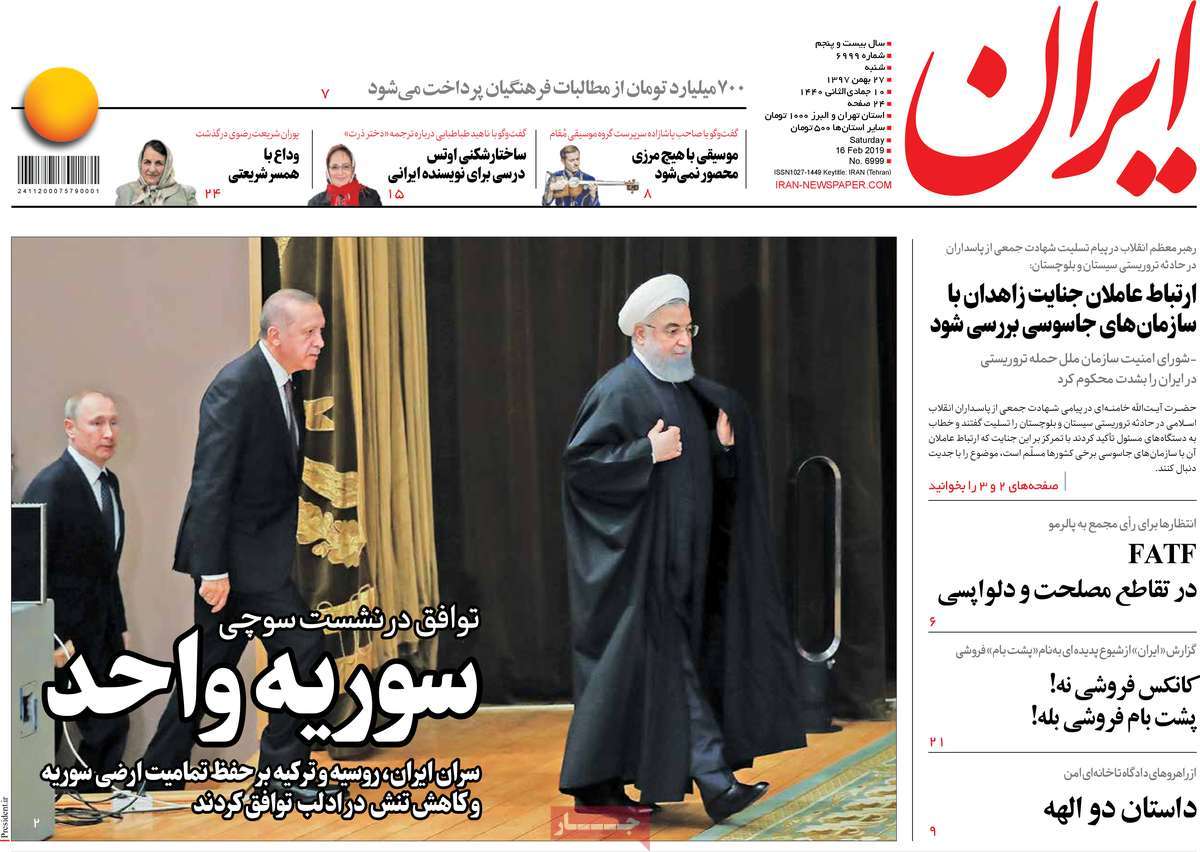 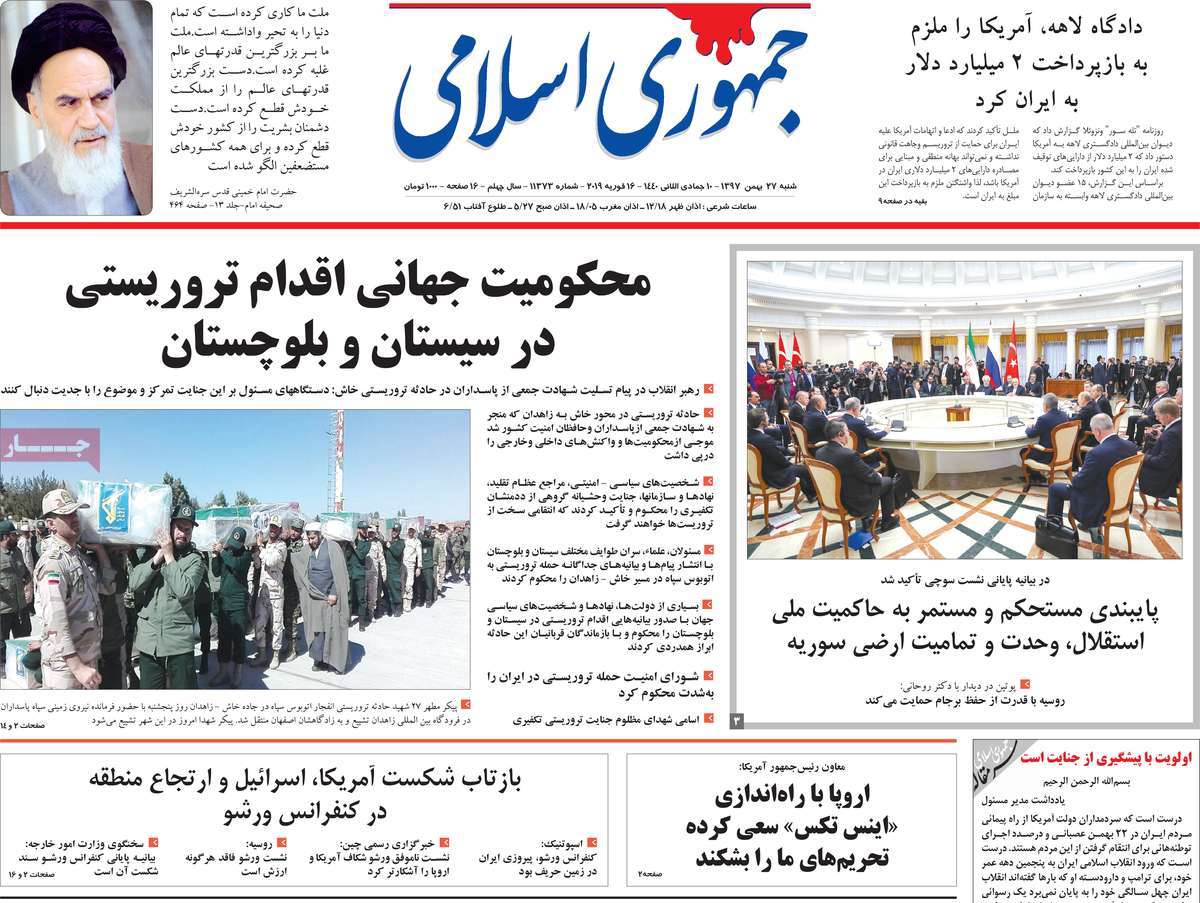 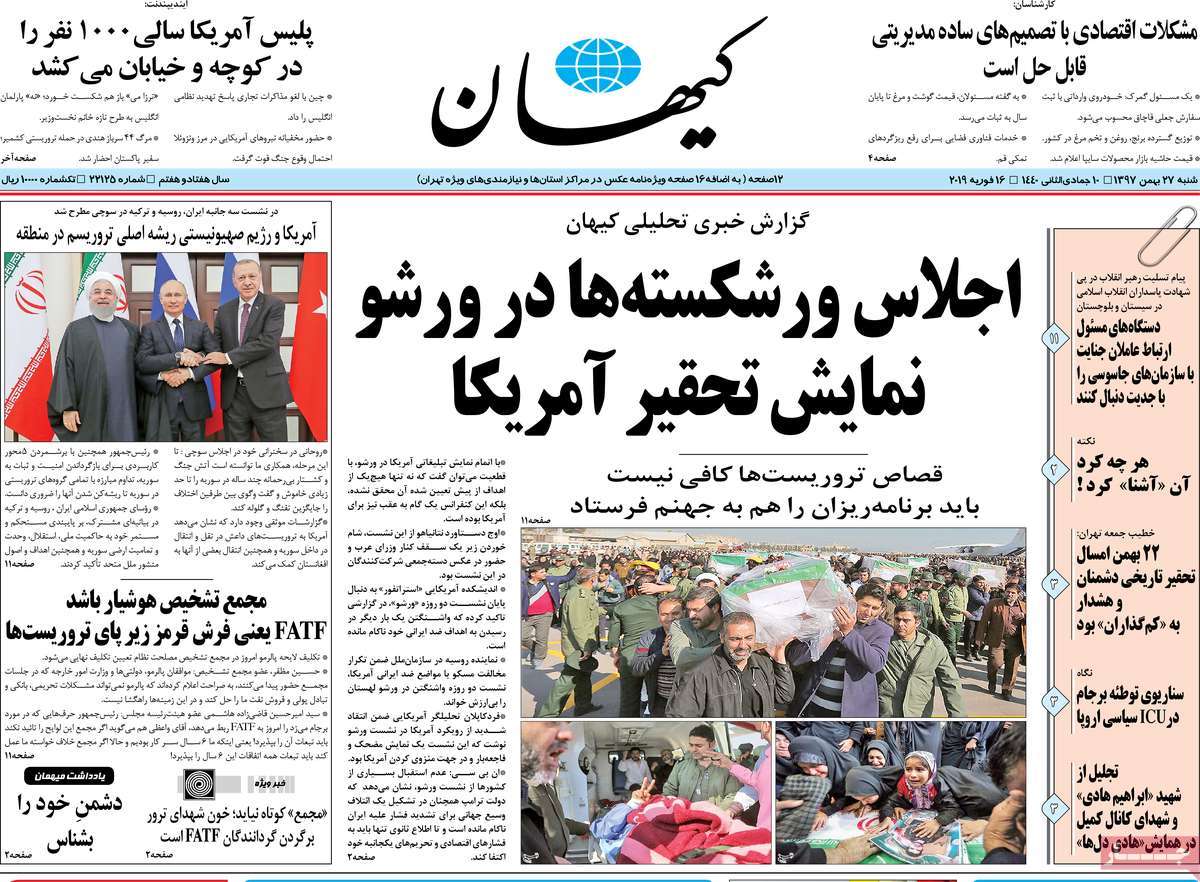 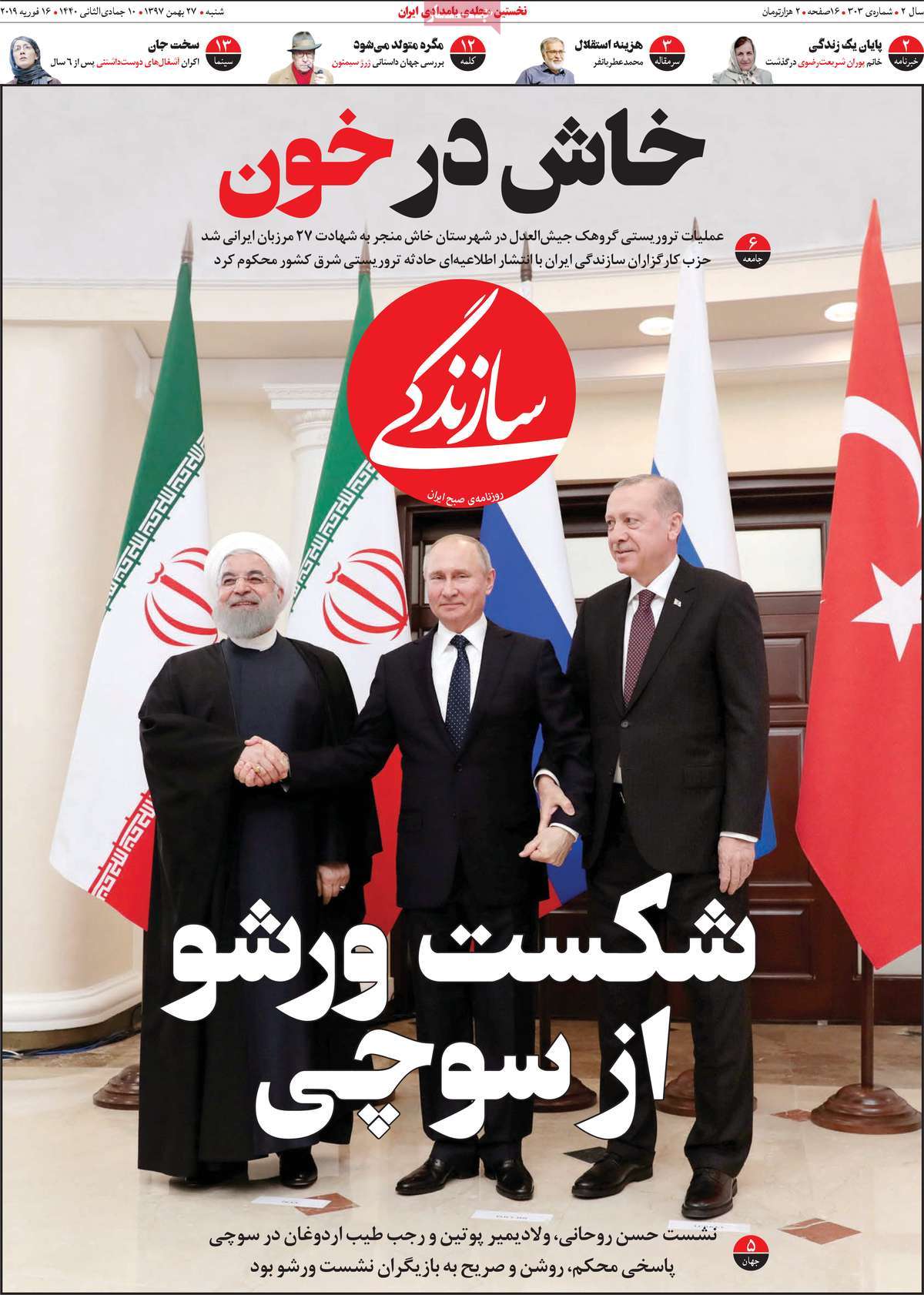 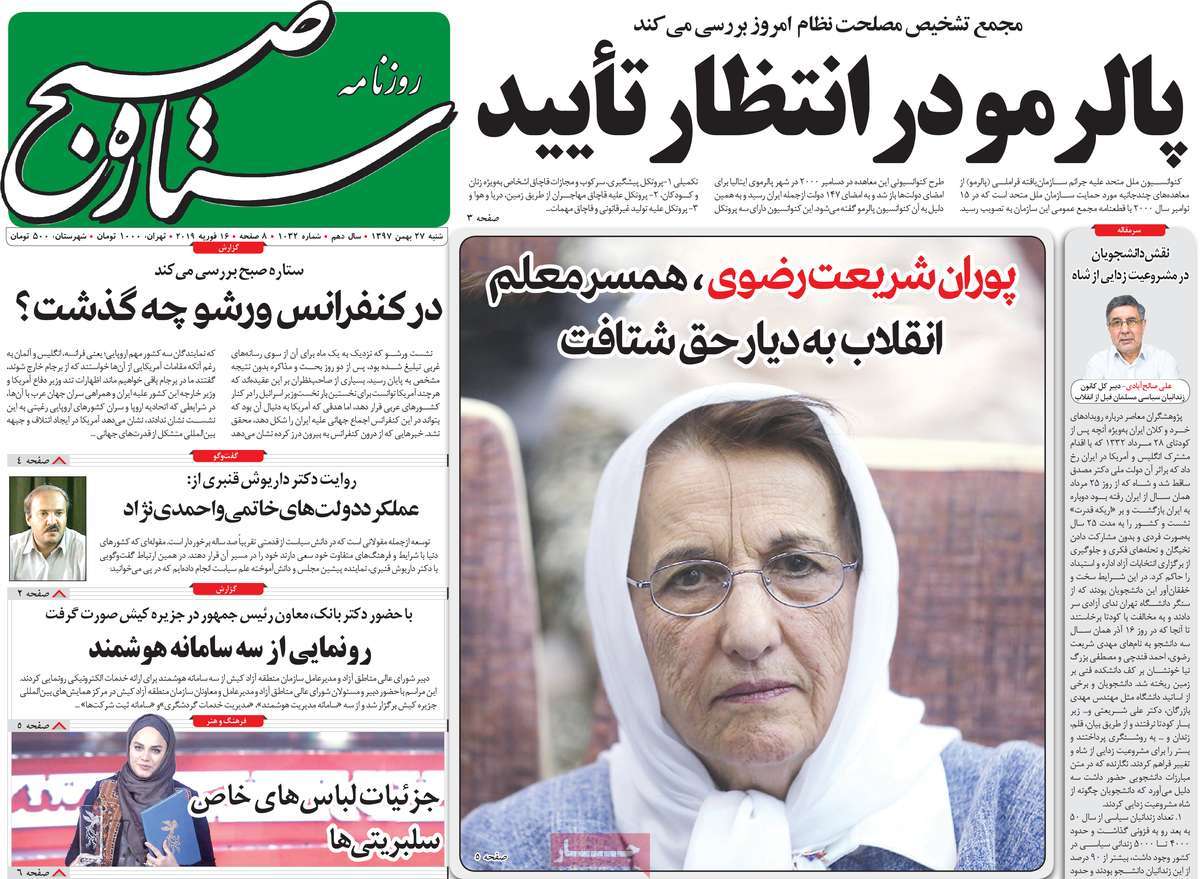 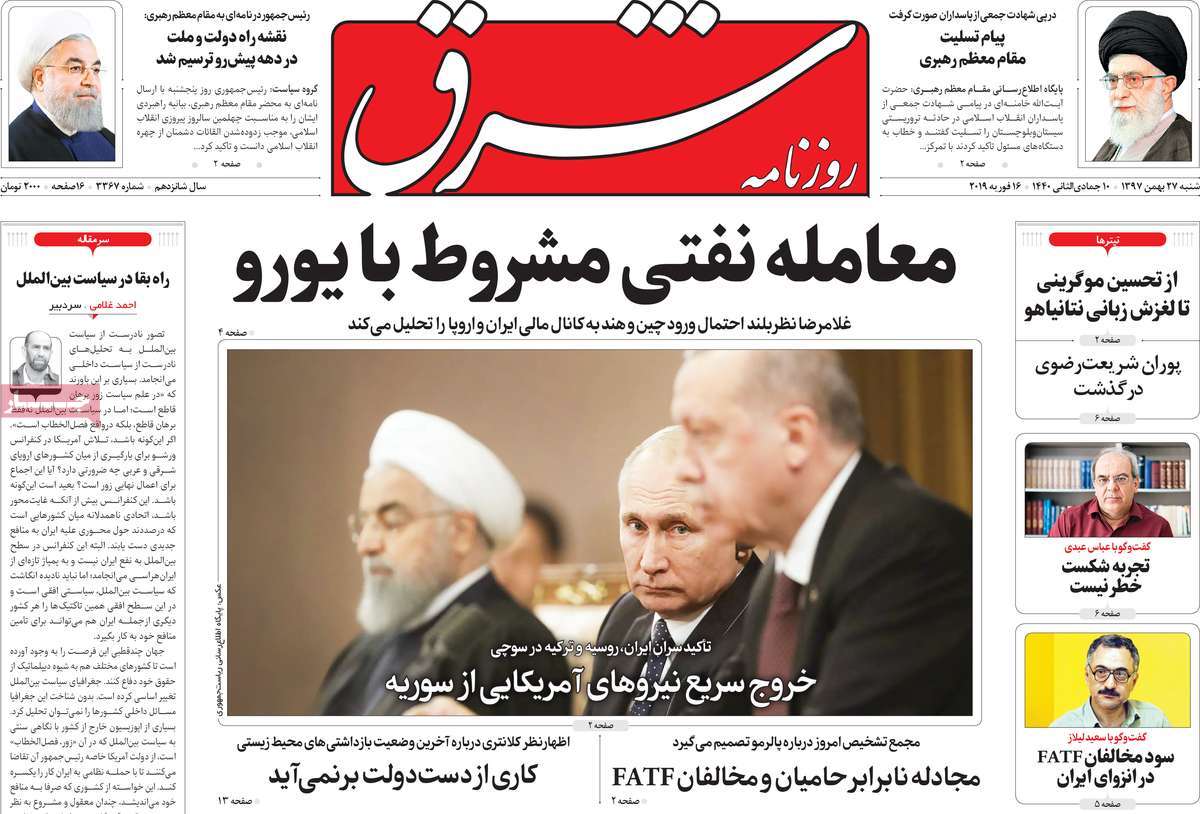