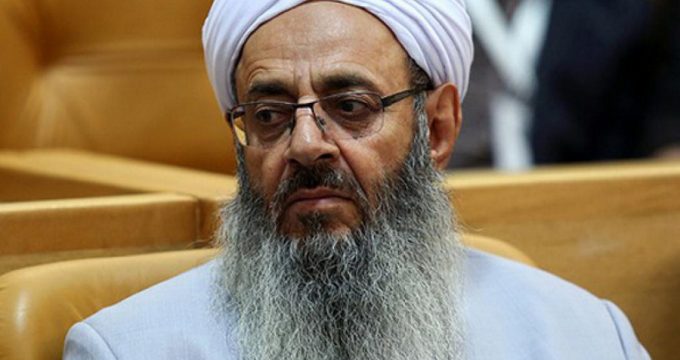 IRNA – A prominent Sunni cleric from Zahedan, southeastern Iran, on Wednesday denounced terror attack on the Islamic Revolution Guard Corps (IRGC) bus, saying that the move is lin ine with the enemies’ interests.

Molavi Abdul Hamid, Friday prayer leader of Sunnis Makki Mosque in Zahedan, in a statement said no doubt that people of Sistan-Baluchestan, who favor peace and stability in light of freedom, suffer more than any other because of this terrorist atack..

He also wished the dead divine forgiveness and patience for the bereaved families and swift recovery for the wounded.

Official sources put death toll at 27 during the terrorist act which was claimed by the Jaish al-Adl terrorist group.