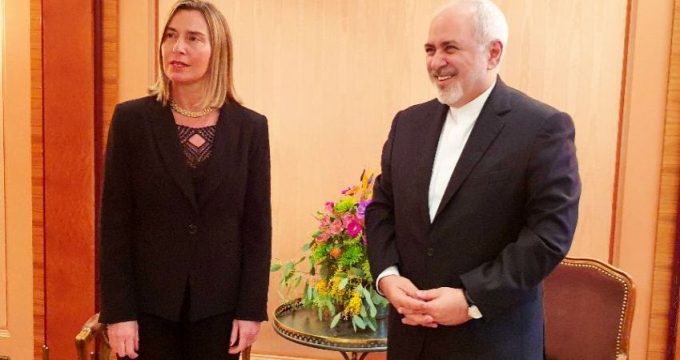 During the meeting, which was held on the sidelines of Munich Security Conference, both sides exchanged views on regional issues.

The 55th Munich Security Conference attended by 600 international decision makers in various fields, including politics, trade and civil society, is underway in Munich, Germany, from February 15-17 to deal with current crises and future challenges.

Today, the conference is to mainly focus on ‘International Defense and Trade Cooperation’.

In addition to delivering speech in the conference, Zarif will hold talks with political figures attending the ongoing event.

Munich Security Conference is held annually in the German city of Munich since 1963 with the aim of providing political, economic, scientific and military officials from around the world with an opportunity to explore ways of maintaining peace and establishing security.