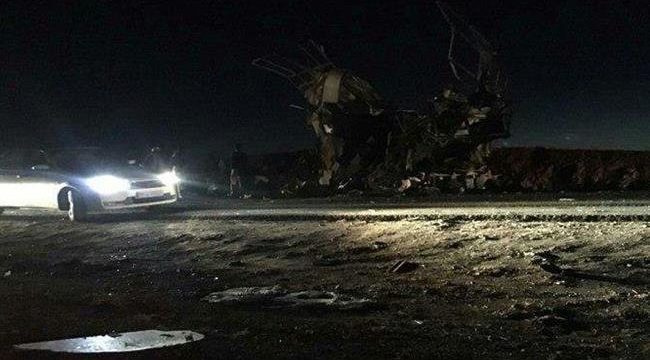 Press TV – A number of the Islamic Revolution Guards Corps (IRGC) forces have been killed in a terrorist attack in southeastern Iran.

The IRGC personnel were traveling between the cities of Zahedan and Khash, in Sistan and Baluchestan province on Wednesday, when their bus was targeted in a suicide car bomb attack.

The IRGC’s Qods Headquarters said in a statement that a explosive-laden car rammed into the bus, which was taking the personnel back to their homes.

The terrorist outfit was formed in 2012 by members of the Pakistan-based Jundallah, another terror group dismantled by Iranian intelligence forces in 2010 after its ringleader Abdolmalek Rigi was executed.

Iranian border guards have repeatedly come under attacks by terror outfits active on the Pakistani soil.

Foreign Ministry Spokesman Bahram Qassemi condemned the attack and said the victims will soon be avenged.

“The self-sacrificing military and intelligence sons of the Iranian nation will take revenge for the blood of the martyrs of this incident,” the Iranian spokesman said.

Terrorist groups carrying out similar attacks against Iranian interests in southeastern and southwestern parts of the country have known links to Saudi Arabia and a number of other repressive regimes in the Persian Gulf region.

Riyadh is widely believed to be a key sponsor of the Takfiri terrorists, who are inspired by Wahhabism, an extremist ideology preached by Saudi clerics. The extremist ideology promoted by Riyadh has put Saudi Arabia and Iran on the opposing sides of various conflicts across the Middle East.

Saudi Crown Prince Mohammed bin Salman has repeatedly accused the Islamic Republic of inciting violence across the region and pledged to take the war on Iranian soil.