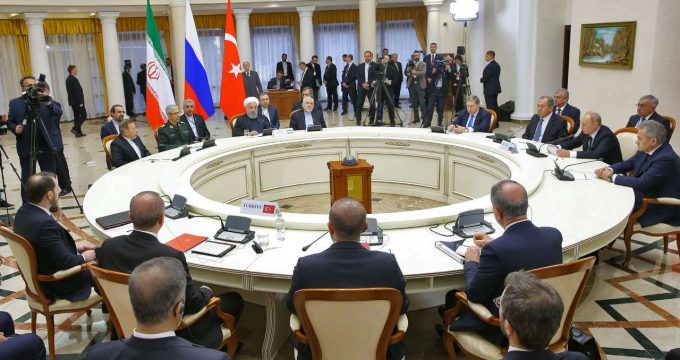 The trilateral meeting opened Thursday evening (local time) with the aim of examining the latest developments in Syria and ways to bring stability to the war-hit country.

Upon their arrival at the venue of the meeting, Rouhani and Erdogan were welcomed by Putin.

Since January 2017, Moscow, Tehran, and Ankara have been mediating peace negotiations between representatives from the Damascus government and opposition groups in a series of rounds held in Astana and other places. The talks are collectively referred to as the Astana peace process.

The first round of the Astana talks commenced a month after the three guarantors joined efforts and brought about an all-Syria ceasefire. The three states act as the guarantors of that truce.