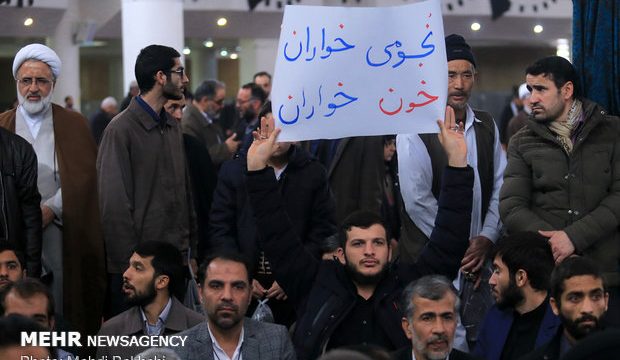 MNA – University students and Clerics across Iran are planning to arrange a sit-in this afternoon to protest against approving the bills defined by the Financial Action Task Force (FATF).

Accordingly, university students and clerics in the capital will join the sit-in at the Grand Bazaar, downtown Tehran.

Iran has been recommended to endorse the FATF-related bills in order to join the anti-money laundering watchdog.

The Parliament has approved all the measures but except for the bill that updates Iran’s domestic CFT law. All the rest have been rejected by the Guardian Council – a watchdog that ensures laws are in line with the Constitution and Sharia.

The Expediency Council is scheduled to hold a session next Saturday to address the UN Convention Against Transnational Organized Crime (known in Iran as Palermo Bill), which is one of the two controversial FATF-related bills still undergoing intensive studies by Iran.

The other bill is the one on Iran’s accession to the convention against the funding of terrorism (CFT), which needs the Expediency Council’s approval for endorsement.