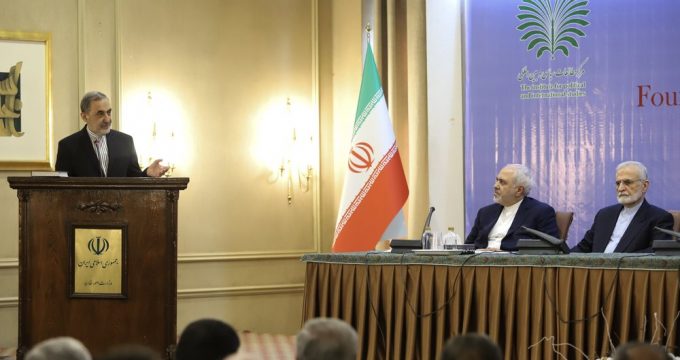 “Tyrannical and illegal sanctions and pressures of the United States, as well as Europe’s unpleasant behavior, are not acceptable for the Iranian nation,” he said Tuesday in a conference dubbed ‘40 Years of Foreign Policy Since the Islamic Republic’ attended by foreign ambassadors in Tehran.

US President Donald Trump unilaterally withdraw from the JCPOA (Joint Comprehensive Plan of Action) in May 2018 and re-imposed all sanctions against Iran which were lifted according to the international agreements. All other signatories to the deal regretted Washington’s decision and vowed to keep the pact alive by safeguarding Tehran’s interests.

European countries established a financial mechanism called INSTEX (Instrument for Supporting Trade Exchanges) in early February to facilitate trade and get around sanctions. Many Iranian officials believe that this mechanism, which has been formed with great delay, is limited and cannot compensate for the loss incurred by US exit from JCPOA.

Resistance against the arrogant and tyrannical behavior of Dominance System, especially Uthe S, is the only way ahead, Veleyati added.

Noting that Iran is situated in one of the most political regions of the world, Velayati added, “developments of the region directly influence powers’ balance in the world and international system. And US and Israeli regime have put their all to govern their hegemony in the region, but their efforts have always failed when facing the great dam of regional nations.”