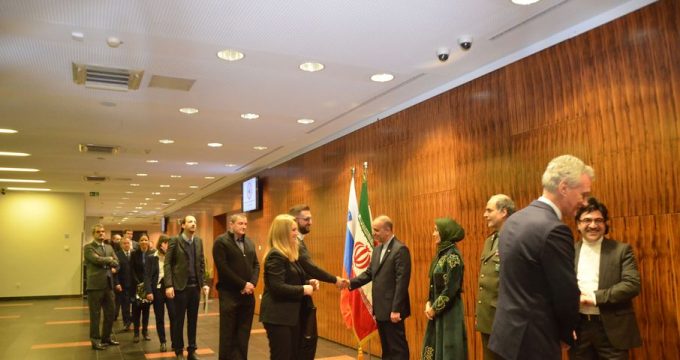 IRNA – A ceremony marking 40th victory anniversary of the Islamic Revolution attended by a large number of political officials, cultural and religious figures was held in Ljubljana, capital of Slovenia.

Addressing the gathering, Iran’s Ambassador to the country Kazem Shafei described the Islamic Revolution as a milestone in Iran’s history.

He also elaborated on Iran’s achievements in various fields including independence, religious democracy, political stability and economic progress, all of which have been attained in the wake of the Islamic Revolution and leadership of the country.

He also hailed JCPOA as a product of years of talks, saying that it is a suitable model for multilateralism.

Shafei also condemned the US unilateral exit from the deal as an irresponsible approach, saying that Iran spare no effort to save JCPOA and it will survive only when all the parties abide by the international accord.

As to bilateral relations, he said that the two countries’ officials are determined to help promote mutual relations.

Referring to remarkable surge in trade exchanges between the two countries despite problems and challenges, Iran’s envoy said that first meeting of the joint economic commission will be held in Ljubljana in near future.