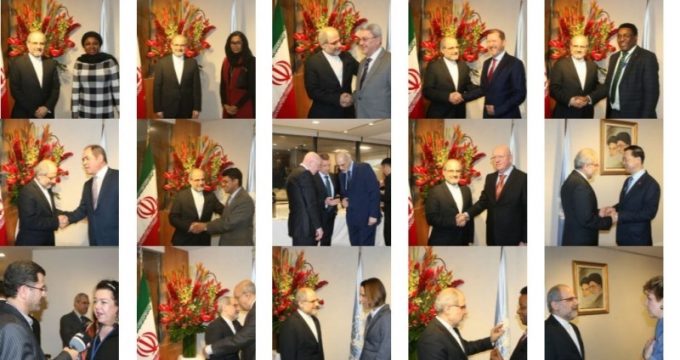 IRNA – Ambassadors to the United Nations have been received by the Iranian envoy to the global body in New York to congratulate the 40th anniversary of the Islamic Revolution.

According to the schedule planned by the Iranian representative office, the ambassadors of other states were invited to commemorate the Islamic Revolution’s 40th anniversary.

Representatives of several countries attended Iran’s office at the UN to extend their congratulations.

Most of the UN Security Council member states, ambassadors of Arab and neighboring, European, African and Asian countries, alongside some representatives of the UN attended the ceremony.

The large attendance took place while US President Donald Trump has done a great deal to isolate Iran and maximize pressure on Iranian people.

During the ceremony, some diplomatic talks were also took place with the crises in Syria and Venezuela among the discussions.

Millions of people took part in the annual rallies in Tehran and more than 1,000 other cities and towns and in 4,000 villages in Iran to support their Islamic Revolution in 1979 on Monday.

In the capital, the demonstrators rallied across 10 main routes to reach Azadi (Liberty) Square to celebrate the Islamic Revolution’s victory which toppled Pahlavi Dynasty.