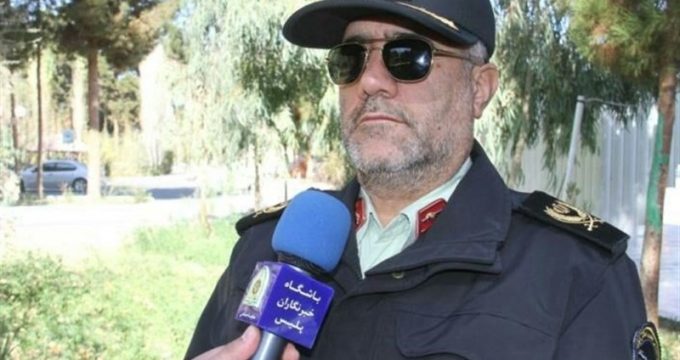 Tasnim – Commander of Tehran’s Police said the Monday’s demonstrations in capital marking the 40th anniversary of the victory of the Islamic Revolution were held in complete safety.

In comments on the sidelines of the rallies in Tehran, Brigadier General Hossein Rahimi said the demonstrations were held with full safety, everything was kept in order, and there was not a single report of a security problem in the city of Tehran.

He said the police forces had made arrangements since last night to ensure security along the 12 march routes in the capital leading to the Azadi (Liberty) square.

Iranian people from different walks of life attended nationwide demonstrations on Monday in celebration of the 40th anniversary of victory of the 1979 revolution which ended six decades of Pahlavi monarchy and founded the Islamic Republic in the country.

The crowd of demonstrators in the rallies paid tribute to the late founder of the Islamic Republic, Imam Khomeini, under whose leadership the revolutionary movements triumphed over the despotic regime of Pahlavi on February 11, 1979.

Imam Khomeini had lived many years in exile, in Iraq and France, before returning home and leading a historical revolution that overthrew Pahlavi regime.

The 10-day period from the return of Imam Khomeini until the revolution’s victory is celebrated annually in Iran, and is known as the Ten-Day Fajr (Dawn).

40th Anniversary of Victory of the Islamic Revolution, Bahman 22 rallies, Brigadier General Hossein Rahimi February 12, 2019
No power in world can divert us from our right path
Minister: 40th anniversary of I.R symbol of Iran’s clout