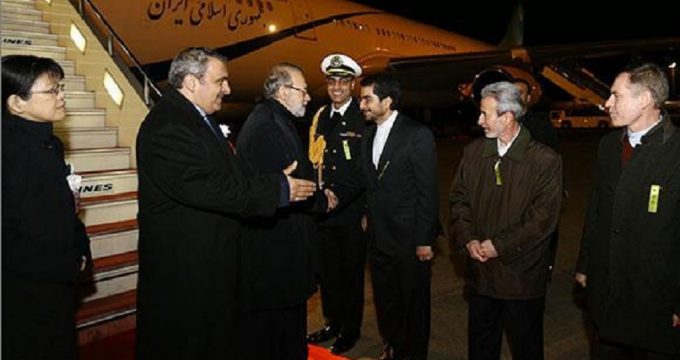 Upon his arrival at Tokyo airport early on Tuesday, Larijani said his current visit is aimed to expand parliamentary cooperation and also to consult over issues of mutual interests like those related to fighting terrorism and safeguarding bilateral and economic cooperation.

Referring to the satisfactory volume of ties between the two countries in the past, he urged paving the way for promoting relations.

He added that his trip is to also focus developing economic and industrial cooperation.

Both sides will discuss cooperation in academic and cultural fields too, he reiterated.

Larijani will in his two-day visit to Japan meet and confer with Japan Speaker of the Parliament and a number of Japanese officials.