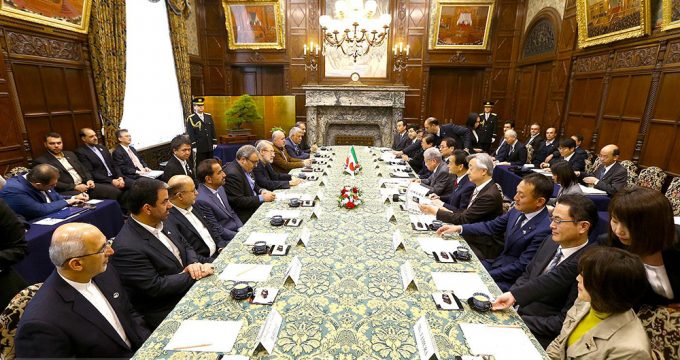 MNA – President of Japanese House of Councilors, Chuichi Date, said that the visit of the Iranian delegation to Tokyo marks the start of a new chapter of bilateral ties between the two countries.

He made the remarks Tuesday in a meeting with Iranian Parliament Speaker Ali Larijani in Tokyo.

Expressing happiness for the Iranian delegation’s visit to the East Asian country after some nine years, Chuichi Date noted that Iran is a major country with a rich culture in West Asian.

The two sides discussed the latest status of bilateral ties in various fields and highlighted the need for increased trade between the two countries.

Heading a high-ranking delegation, Larijani departed Tehran for Tokyo on Monday morning. The visit is being made upon the official invitation of his Japanese counterpart.

“This visit is being made to expand parliamentary ties between the two countries, as well as to exchange views on topics of mutual interest including the fight against terrorism,” he told reporters Monday as he arrived at Tokyo’s Haneda Airport.