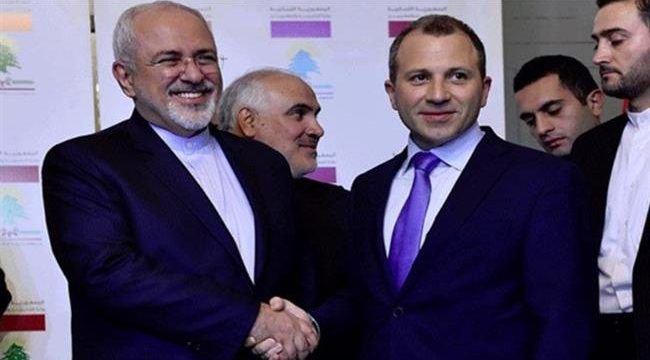 Press TV – Iranian Foreign Minister Mohammad Javad Zarif says all countries must facilitate the peace process in Syria and refrain from making decisions on its fate, stressing that foreign troops need to end their unauthorized presence in the Arab country.

“All the forces entering Syria without the permission of the official leadership must exit,” Zarif said during a joint press conference with Lebanese Foreign Affairs and Expatriates Minister Gebran Bassil in Beirut on Monday.

He added that Iran is making efforts to contribute to finding a political solution to the crisis in Syria, emphasizing that any solution must protect the country’s territorial integrity.

Zarif’s remarks came after a senior commander of Iran’s Islamic Revolution Guards Corps (IRGC) said earlier in the day that enemies of the Islamic Republic must finally leave the region instead of expecting Iran to end its regional presence.

“They want Iran to leave the region to clear the way for their dominance and allow them once again to control our borders [in order] to be able to create problems for the Iranian nation,” Brigadier General Hossein Salami, the IRGC’s second-in-command, said.

US Secretary of State Mike Pompeo in January threatened to “expel” all Iranian forces in Syria, describing Washington’s declared troop withdrawal from Syria as a “tactical change” and added that the American mission to counter Iranian influence there remained the same.

The US has repeatedly lambasted Iran for its presence in Syria. At the request of Damascus, Iran has been providing military advisory assistance to Syrian government forces fighting an all-out foreign-sponsored militancy.

Elsewhere in the presser, Zarif expressed confidence that the new Lebanese government would succeed in solving the political crisis in the country.

“We will always support the [Lebanese] people and extend a helping hand in every way possible, and we are ready to respond to the Lebanese government’s request to cooperate with it in any vital area it deems appropriate” the top Iranian diplomat said.

Late last month, Lebanon’s presidency announced the formation of the new national unity government, putting an end to a nine-month stalemate on the political stage, which fueled the Arab country’s economic woes.

The new government, headed by Prime Minister Saad Hariri, includes 30 ministers from most Lebanese political factions, which have been in talks after the country in May 2018 held its first parliamentary elections in nine years.

Speaking to reporters in the Lebanese capital on Sunday, shortly after his arrival for the two-day official visit, Zarif said Tehran is ready to cooperate with the new Lebanese government in all sectors.

“If the Lebanese government demands, Iran is ready to cooperate with this country in all fields,” he said.

During Monday’s presser, the Iranian foreign minister hailed the Lebanese government’s stance on an anti-Iran conference due to be held by the US in the Polish capital city of Warsaw later this week.

The United States initially put much effort into making the Warsaw meeting an anti-Iran platform, but had to back away from many of its suppositions about the meeting, because it was snubbed by most world officials.

Elsewhere in his remarks, the Iranian foreign minister further stressed the importance of developing economic ties with Lebanon, saying, “There is no international law that prevents Iran and Lebanon from cooperating. Even (the United Nations Security Council) Resolution 2231 requires all countries to normalize their economic relations with Iran.”

Resolution 2231 enshrines the international nuclear agreement, officially known as the Joint Comprehensive Plan of Action (JCPOA), from which Washington withdrew in May under the pretext, among others, that it should have included Iran’s missile program as well.

Under the deal, reached between Iran and six world powers — the United States, Britain, France, Russia and China plus Germany, Tehran agreed to put limits on its nuclear program in exchange for the removal of nuclear-related sanctions.

The Lebanese foreign minister, for his part, stressed the importance of finding a swift political solution to the Syria crisis and facilitating a safe return for Syrian refugees to their homeland.

“We support the formation of a Syrian constitution and all efforts aimed at facilitating a safe return of Syrian refugees to their homeland,” Bassil said, highlighting Iran’s support to help ensure their speedy and safe return.

“The Syrian state has a significant contribution that it can encourage the return of refugees through guarantees on individual property rights and military service,” he added.

The top Lebanese diplomat also said that his country would not partake in the upcoming Warsaw conference due to Israel’s presence.

“We explained why we will not be present at the Warsaw conference… Israel will be present and because of the orientation the conference is expected to take,” Bassil said.

He welcomed the establishment of economic ties between Tehran and Beirut “if there are frameworks that could protect Lebanon.”