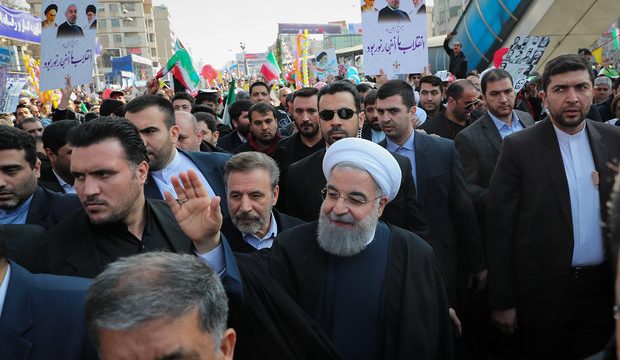 MNA – President Hassan Rouhani joined the public rallies in Tehran to mark the 40th anniversary of the Islamic Revolution.

He is scheduled to address the rallies at Azadi Square.

Millions of Iranians have started the nationwide rallies to celebrate the 40th anniversary of the 1979 Islamic Revolution, which marks the overthrow of the Pahlavi dynasty.

Each year on the 22nd day of the month of Bahman on the Persian calendar (11th of February), Iranians turn out to renew their allegiance to the Islamic establishment and Imam Khomeini, the late founder of the Islamic Republic.