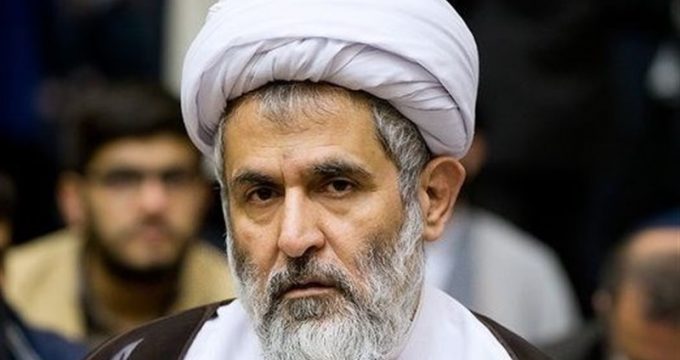 In comments on Sunday, Hossein Taeb said the fifth decade of the Islamic Revolution would mark the Iranian nation’s “harsh slaps” in the face of the US and its mercenaries, whom he said will have to “pay heavy prices” for hostility towards Iran.

Highlighting the Iranian military, intelligence and security forces’ readiness to combat hostile threats, the cleric said Iran’s intelligence dominance over the regional and trans-regional espionage services and hostile groups proves the frustration and incapability of the enemies.

Taeb also stressed that the IRGC Intelligence Organization is making every effort to ensure the security of people at Monday’s nationwide demonstrations marking the 40th anniversary of victory of the Islamic Revolution.

Highlighting the failure of hostile plots to foment insecurity in Iran, the cleric said his organization will publicize more cases of defeat of the enemies in the intelligence arena in future.

In comments in January, Iran’s minister of intelligence reminded the Zionist regime of the blows it has received from Iran, saying the Islamic Republic will continue to inflict defeats on Israel in the intelligence arena.

“We have inflicted defeats on that regime in various arenas by taking intelligence measures, and this issue (defeating Israel) will continue in future,” Mahmoud Alawi said last month.

Anti-Iranian groups receive financial, training and military supports from the global arrogance (the US and Israel), the minister noted, stressing that a considerable level of security prevails in Iran despite the great capabilities of proxies of enemies in the arms sphere.

The former energy and infrastructure minister – who also spent time in jail for drug smuggling, forgery and fraud – was arrested on suspicion of “assisting the enemy in a time of war, spying against Israel and providing intelligence to the enemy”.