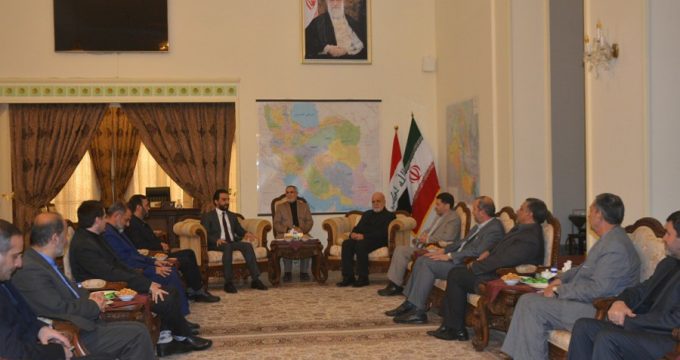 IRNA – Iraqi parliament speaker Muhammad al-Halbusi said on Saturday that Iraqi officials have always been emphasizing that Baghdad opposes the US sanctions against Iran and any policy of sanctioning nations.

Iraq hopes that Iran will continue supporting Iraq in the reconstruction era, he added.

The Iraqi parliament speaker called for improvement of relations between Iran and Iraq in all fields.

In the meantime, Masjedi for his part said that Iran is ready to help Iraq in the reconstruction era.

Masjedi thanked Iraq for its stance on opposing sanctions against Iran.