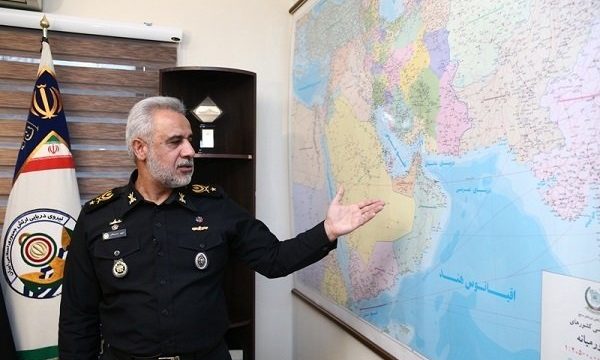 MNA – Iranian Navy’s Deputy Commander Rear-Admiral Touraj Hassani-Moqaddam says the force has received requests for joint military drills outside the Indian Ocean from different states, including Russia and China, which are being reviewed by the Army.

“Should the Army’s commanding authorities approve the requests, the joint drills will be staged in the near future,” Rear-Admiral Hassani-Moqaddam told IRNA on Thursday.

He said that during the Navy commander’s recent visit to India, the two countries agreed to hold a naval maneuver, which will include rescue and anti-piracy drills.

“Iran will stage large-scale naval drills in the Sea of Oman and Indian Ocean in the near future.”

The drills will be held in an expanse of northern coasts of the Sea of Oman in the southeast of Iran down to the Indian Ocean, aiming to display Iran’s capacity to establish security in the region and show its powerful presence in the high seas.

Noting that the Navy will dispatch its “peace and friendship flotilla” to the Caspian Sea littoral states in the next Iranian year (starts on March 21), he said the Islamic Republic will in return host the navy flotilla of Azerbaijan, Russia and Kazakhstan.

Iran has been expanding its presence in different waters. Last month, the Navy said it was to dispatch a flotilla, including Sahand, its most advanced destroyer with radar-evasion properties, to the Atlantic Ocean on a five-month mission.