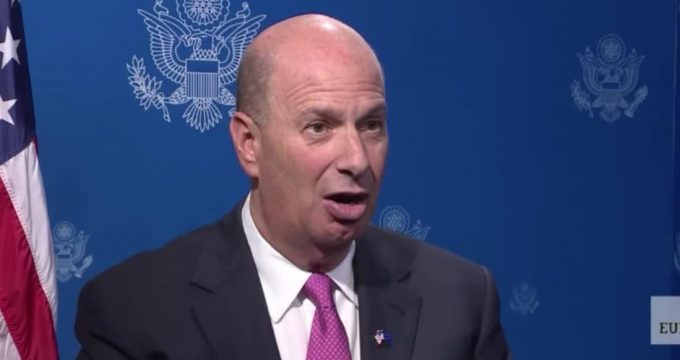 IRNA – Companies using a European initiative meant to facilitate trade with Iran face US retaliation, President Donald Trump’s envoy in Brussels said in a warning that casts even greater doubts about the plan’s effectiveness in countending with US sanctions.

“Anyone actually using it to trade on anything other than humanitarian activity is going to be sanctioned by the United States,” US Ambassador to the European Union Gordon Sondland said in a Feb. 7 interview. “We’ll find them and sanction them and they won’t be doing any business with the United States.”

The threat of US action means that the so-called special purpose vehicle “will sit there and will be little used,” Sondland said, adding that it’s a “fig leaf” the European Union offered to the Islamic Republic to salvage the Iran nuclear deal after Trump pulled the US out of the accord and reinstated sanctions, Bloomberg reported.

Germany, France and the UK are shareholders of the SPV, which was unveiled last month and is called the Instrument in Support of Trade Exchanges. The initiative is the cornerstone of the EU’s effort to keep Iran from quitting the Joint Comprehensive Plan of Action, which was signed in 2015 and was aimed at constraining the nation’s nuclear activities.

The US pulled out of the deal in May.

Since the US left the nuclear accord, the deal’s remaining powers–China, France, Germany, Russia and the UK–have struggled to provide the sanctions relief promised when Iran agreed to limits on its nuclear activities. The mechanism launched by the European nations had faced delays and skepticism that it can successfully persuade companies to trade.

The European action inflamed tensions with the US, which called the SPV an attempt to evade its “maximum pressure” campaign on Iran. But the importance of the American market place calls into question whether international business will risk using the new vehicle.