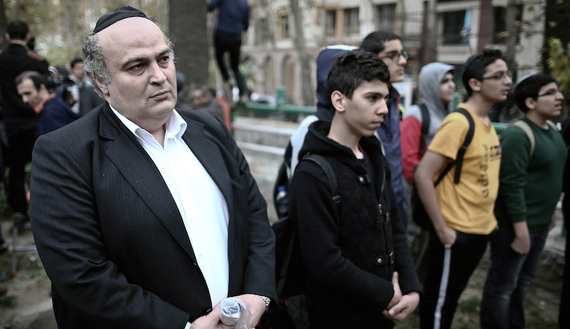 IRNA – A Jewish Iranian lawmaker has criticized US President’s recent allegations against Iran, saying such comments are result of his rage at an independent country that has cut Washington’s interests in the oil-rich region.

“One of the reasons that Donald Trump is not satisfied with Iran, making him say such comments, is because of his anger at the Islamic Revolution that is turning 40,” Siamak Moreh Sedgh, Iranian lawmaker representing the Jewish community in Majlis (Parliament) told the Islamic Republic News Agency (IRNA) in an exclusive interview on Wednesday.

‘It’s natural that he (President Trump) can’t stand an independent country that says no to the US interests and greed at the oil heart of the world,’ Moreh Sedgh added.

On Tuesday, Trump called Iran the world’s leading state sponsor of terror during his annual State of the Union speech at the US Congress.

“We will not avert our eyes from a regime that chants ‘death to America’ and threatens genocide against the Jewish people,” he claimed.

In reaction, the Jewish community representative in Iran criticized the US president’s comments, saying “Trump has employed the most anti-Semitic people in the world in a bid to pursue his anti-Iran objectives.”

Moreh Sedgh called the right-hand Polish government that “wants to organize an anti-Iran conference” “the most anti-Semitic government in the world.”

“Poland is implementing some laws that deny Holocaust during the Second World War,” he stressed.

“Now Trump and his bad companion-Benjamin Netanyahu- who claim they support Jews, want to organize an anti-Iran conference in such a country,” emphasized the Iranian parliamentarian.

More Sedgh went on to stress that Trump’s comments “aren’t worth responding because even the US intelligence agencies don’t agree with his analyses on Iran.”