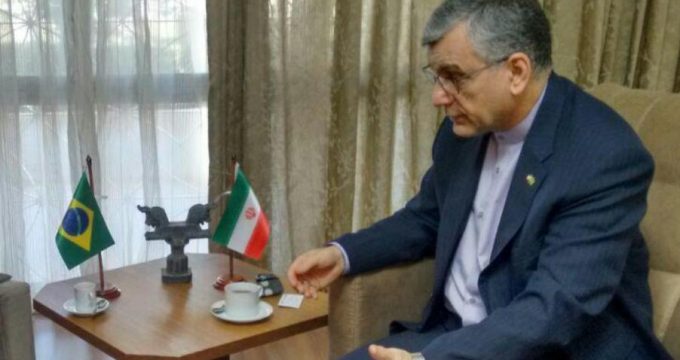 Iran envoy calls for development of ties with Brazil

IRNA – Iranian ambassador to Brasilia has called for promotion of relations between Tehran and Brasilia based on mutual respect.

Iran wants development of relations with other countries, including Brazil, based on mutual respect, non-interference in the internal affairs of other states and respecting sovereignty and common interests of other countries, Ambassador Ali Saqqaeian said.

He made the remarks in an exclusive interview with São Paulo-based newspaper Estado de Minas.

The envoy pointed to the Iranian Foreign Minister Mohammad Javad Zarif’s visit to Brasilia on March 2018 and said the visit showed Iran’s commitment to boost ties with Brazil.

The trade exchanges between Iran and Brazil were up to 2.3 billion dollars in value in 2018, he said, expressing the hope for increase of the volume in 2019.