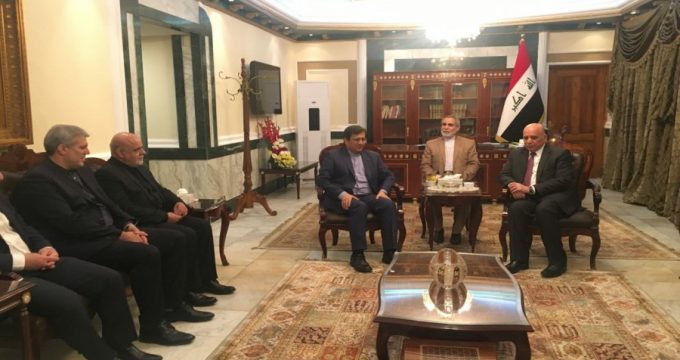 IRNA – Governor of Central Bank of Iran (CBI) sat down for talks with Iraqi Finance Minister Fouad Hussein in Baghdad late on Wednesday.

During the meeting attended by Iran’s Ambassador to Iraq Iraj Masjedi, they discussed latest state of cooperation and economic ties between the two countries.

They also explored avenues for easing trade and monetary exchanges between the two countries based on the agreement signed earlier by their governors of central banks.

Hemmati arrived in Baghdad late on Tuesday and was received by his Iraqi counterpart Ali Mohsen Ismail al-Alaq.

After talks by the two sides’ delegations for several hours last night, they signed an agreement on payment channel on Tuesday.

On Wednesday, he conferred with President Barham Salih and Prime Minister Adel Abdelmahdi.

Hemmati and accompanying delegation left Baghdad for Karbala late on Wednesday on a pilgrimage to the holy sites in the city.

They will leave for Tehran on Thursday.