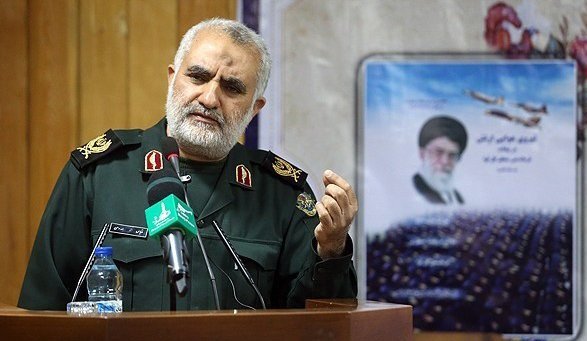 MNA – Head of the Public Relations department of the Iranian Armed Forces Brigadier General Abbas Sedehi said Thursday that Iran is the first missile power in the region, adding that the country has over 40 types of missiles.

He made the remark at a ceremony marking the 40th anniversary of the Islamic Revolution, adding “Iran has more than 40 types of mid- and long-range missiles.”

According to the global statistics, Islamic Republic of Iran is ranked 23 in the field of production of various defensive and military equipment, he observed.

Brigadier General Abbas Sedehi said that the country’s defense progress is noticable in other areas as well, adding, “today, Iran is capable of manufacturing submarines, destroyers, advanced fighters such as Kosar, UAVs (unmanned aerial vehicle), etc. under the auspices of the Islamic Revolution.”

Before the Islamic Revolution, religion was not recognized as a driving force of nations for making progress and development in the world, he said, adding, “Islamic Revolution revived religion, and other nations, especially Western countries, realized that religion creates motivation towards prosperity.”