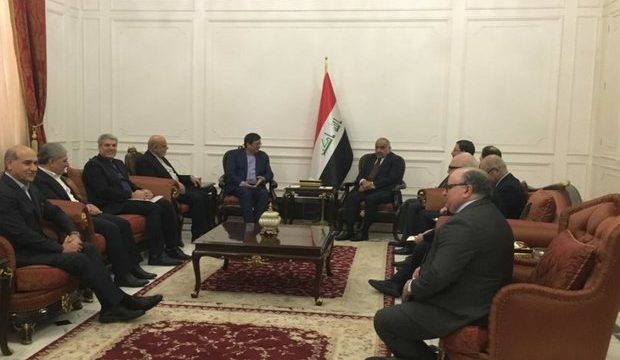 Iraq says won’t participate in US sanctions on Iran

Anadolu Agency – Iraqi Prime Minister Adil Abdul-Mahdi said on Wednesday that his country will not be part of U.S. sanctions against Iran.

Iraq “will not be part of the U.S. sanctions against Iran or any other people”, Abdul-Mahdi said during a meeting with the Governor of Iran’s Central Bank Abdolnaser Hemmati, according to a statement issued by the PM’s office.

“The Iraqi people have suffered from blockade and know the damage caused by the siege,” he said.

This is the first time the Iraqi premier spoke publicly about opposing U.S. sanctions against Tehran.

For his part, Hemmati expressed his hope for further cooperation between Baghdad and Tehran.

Hamati arrived in Baghdad earlier Tuesday as part of a two-day official visit.

On Tuesday, the Iraqi Central Bank and its Iranian counterpart signed an agreement to pay Baghdad’s debts to Tehran.

Iraq’s due debts for Iran, worth $2 billion, are due to imports of electricity and gas as well as other goods over the past years.

Iraq has imported 1,000 megawatts of electricity from Iran for years to cope with energy shortages.

The U.S. in August had re-imposed the first round of economic sanctions on Iran, which mainly target the country’s banking sector.

In November, Washington imposed a second round of sanctions, targeting Iran’s energy sector.

Washington had exempted Baghdad from sanctions against Iran and allowed it to import gas and electric power.