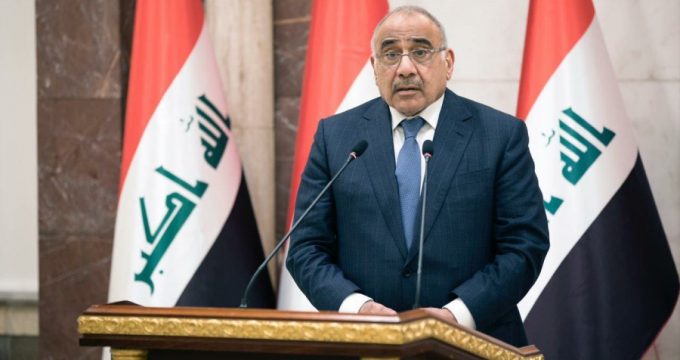 Iraq never to allow its soil used against other country: PM

IRNA – Iraqi Prime Minister Adel Abdelmahdi said on Tuesday that his country will never allow its soil to be used against other countries.

He made the remarks in reaction to US President Donald Trump’s recent remarks, who had said for the second time that US forces will stay in Iraq to watch Iran.

He also dismissed Trump’s claim that US has military base in Iraq.

Trump said it was important to keep a US military presence in Iraq so that Washington can keep a close eye on Iran and the entire region.

Earlier, Iraqi President Barham Salih voiced his disapproval of US President Donald Trump’s remarks about the purpose of the US forces’ presence in his country, saying Trump had not asked Baghdad’s permission for his troops based in the Arab country to “watch Iran”.