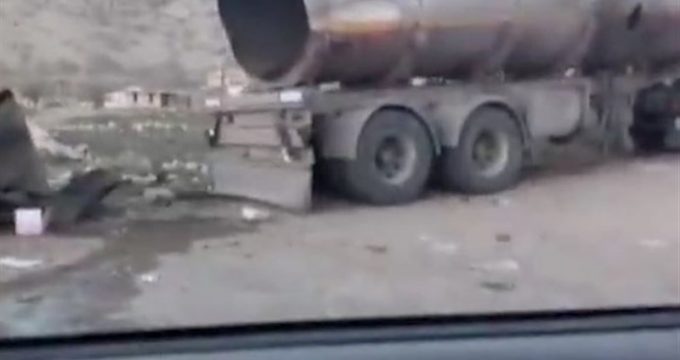 Tasnim – An Iranian policeman was martyred and another officer is in coma after unknown gunmen opened fire at the police vehicle patrolling near Darreh Garm region in the city of Khorramabad in Lorestan Province on early hours of Wednesday.

Deputy Police Chief of Lorestan Province Seyyed Ali Mirrahmadi said that at 2:00 am local time, two gunmen opened fire at the police patrol car when police officers tried to approach the suspicious vehicle that was parked next to a gas station in Chaghravand highway, north of the city Khorramabad.

Police report added that the attackers opened fire at a fuel truck that was parked in a gas station. In the course of the attack, a police man from Khuzestan province was killed and another officer was injured.

Witnesses told police the fuel truck explosion was so powerful that it broke window glasses of the nearby buildings.

The attackers then fled the scene stealing a car.

A video was posted on social media showing the aftermath of the attack and the burned fuel truck: