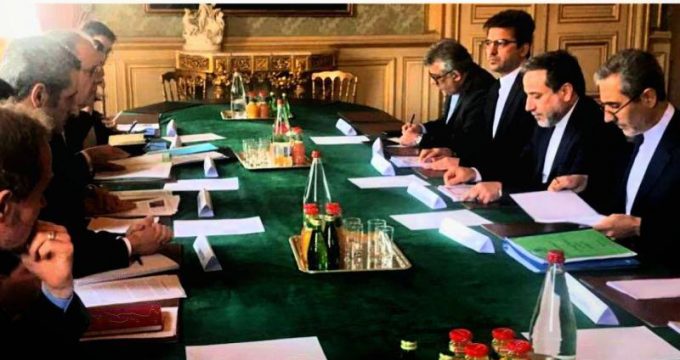 IRNA – Iranian and French top officials discussed implementation of Instrument in Support of Trade Exchanges (INSTEX) between Iran and EU.

The sixth round of political talks between Iran and France held in the French capital, Paris on Tuesday.

The Iranian and French officials discussed bilateral ties, fighting terrorism and extremism as well as implementation of INSTEX.

During the meeting, the Iranian official referred to Iran’s commitment to its obligations enshrined in the nuclear deal and criticized other sides for not being committed to their obligations.

He welcomed establishment of INSTEX and called for its implementation as soon as possible.

In the meantime, secretary general of ‎France’s Ministry of Foreign Affairs expressed its support for Iranian nuclear deal, also known as the Joint Comprehensive Plan of Action (JCPOA).

The fifth round of political talks between Iran and France were held in Tehran last June.