A Look at Iranian Newspaper Front Pages on February 5

Iran Front Page – IFP has taken a look at the front pages of Iranian newspapers on Tuesday, February 5, 2019, and picked headlines from 16 of them. IFP has simply translated the headlines and does not vouch for their accuracy.

The top story in all papers today was the widespread reaction of Iraqi officials to US President Donald Trump’s claim that the US wants to use Iraq for “watching” Iran.

Also a top story was Iran’s criticism of what has been described as Europe’s “conditions” for implementing the special purpose vehicle it recently introduced, known as INSTEX, in order to facilitate trade with Iran in the face of the US sanctions.

Also a top story today was the Iranian Leader’s order to pardon 50,000 inmates on the occasion of the 40th anniversary of Iran’s Islamic Revolution.

1- US to Stay in Iraq to Keep Pressure on Iran: NY Times 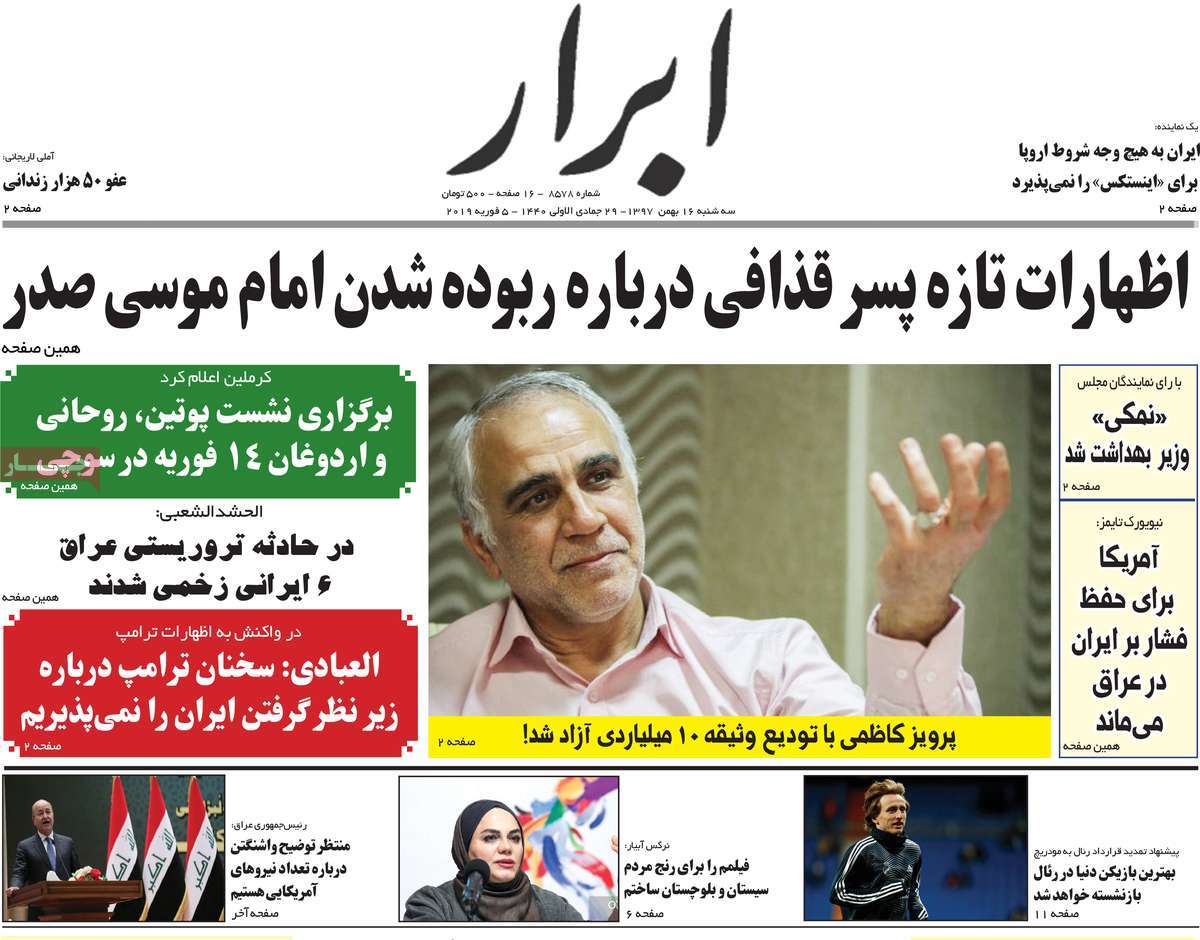 2- Gaddafi Gave Iran 10 Missiles on Condition that One Is Used against Saudi: Ex-IRGC Chief 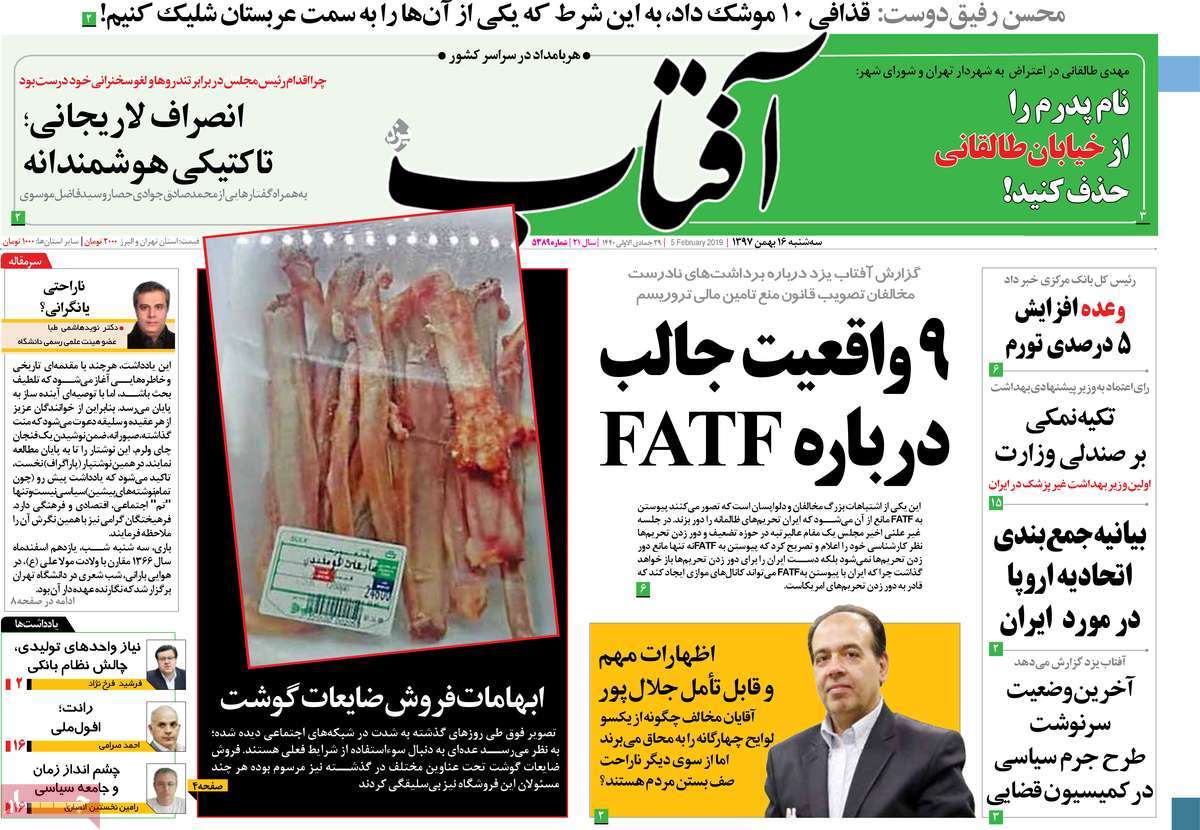 1- Attack on Iranian Pilgrims’ Bus in Iraq: One Killed, 9 Wounded

2- Judiciary Chief: 50,000 Inmates to Be Pardoned on Revolution Anniversary 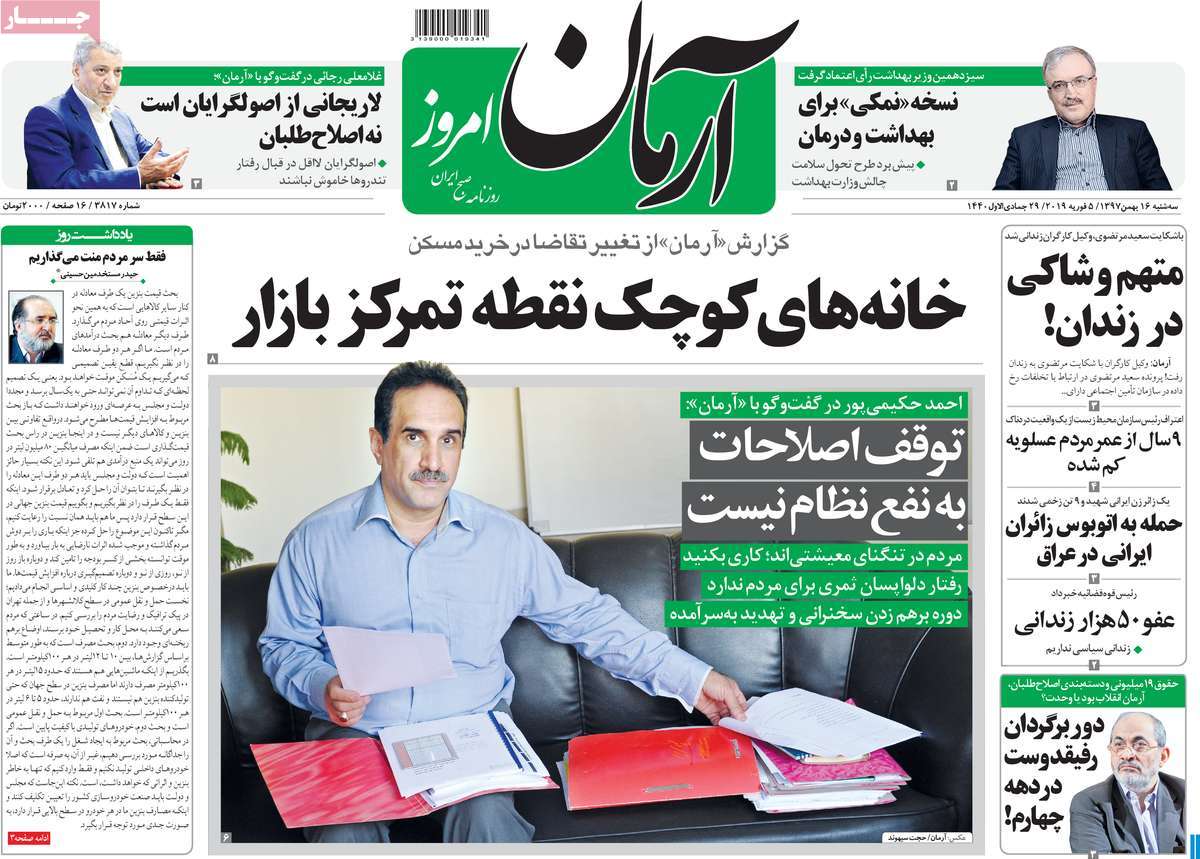 1- DM: We Won’t Spare Any Effort to Boost Our Defence Power 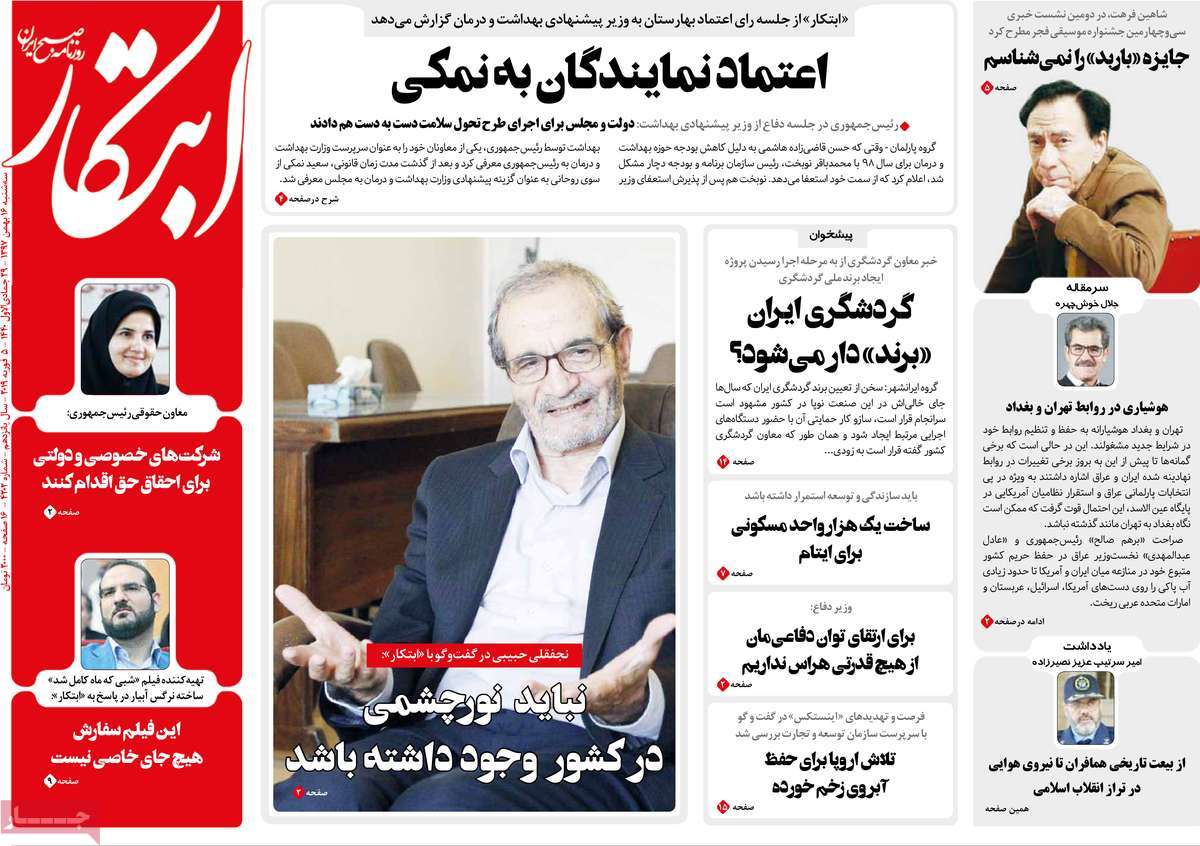 1- Judiciary Chief: Critics Are Not Criminals

3- Europe in Dilemma of US Sanctions, Commitment to Iran 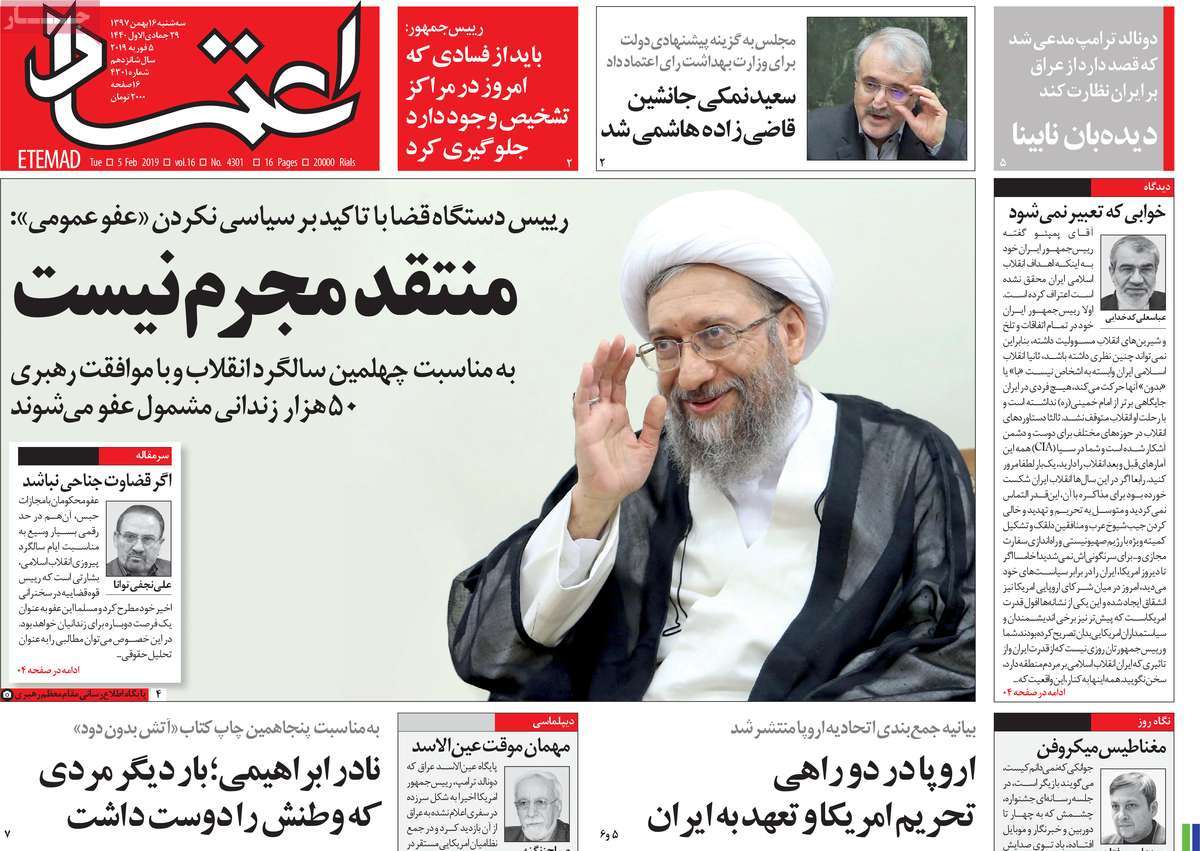 1- 50,000 Prisoners to Be Pardoned on Revolution Anniversary

2- Zarif: We Won’t Wait for Europe for Our Financial Transactions 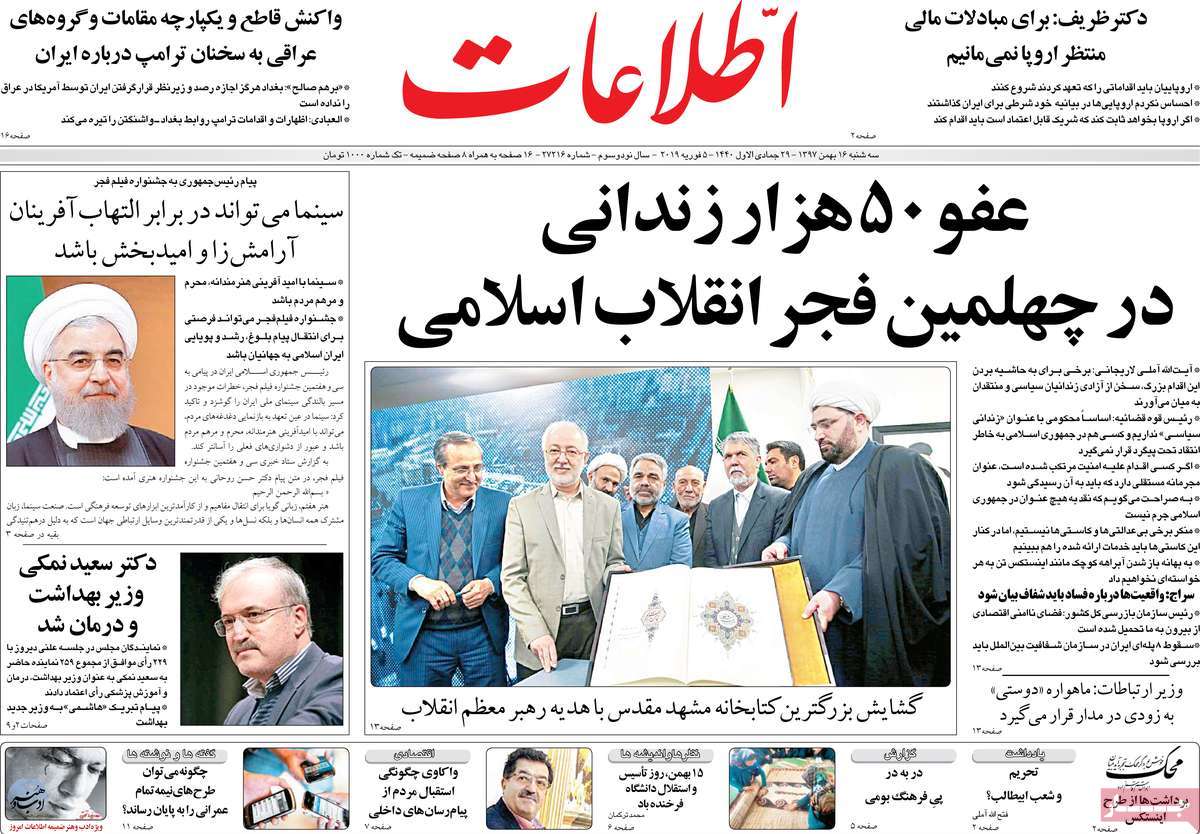 1- Golden Raspberry Award Given to US Delusions

* US Politicians Have Dreamt of Overthrowing Iran System for 40 Years 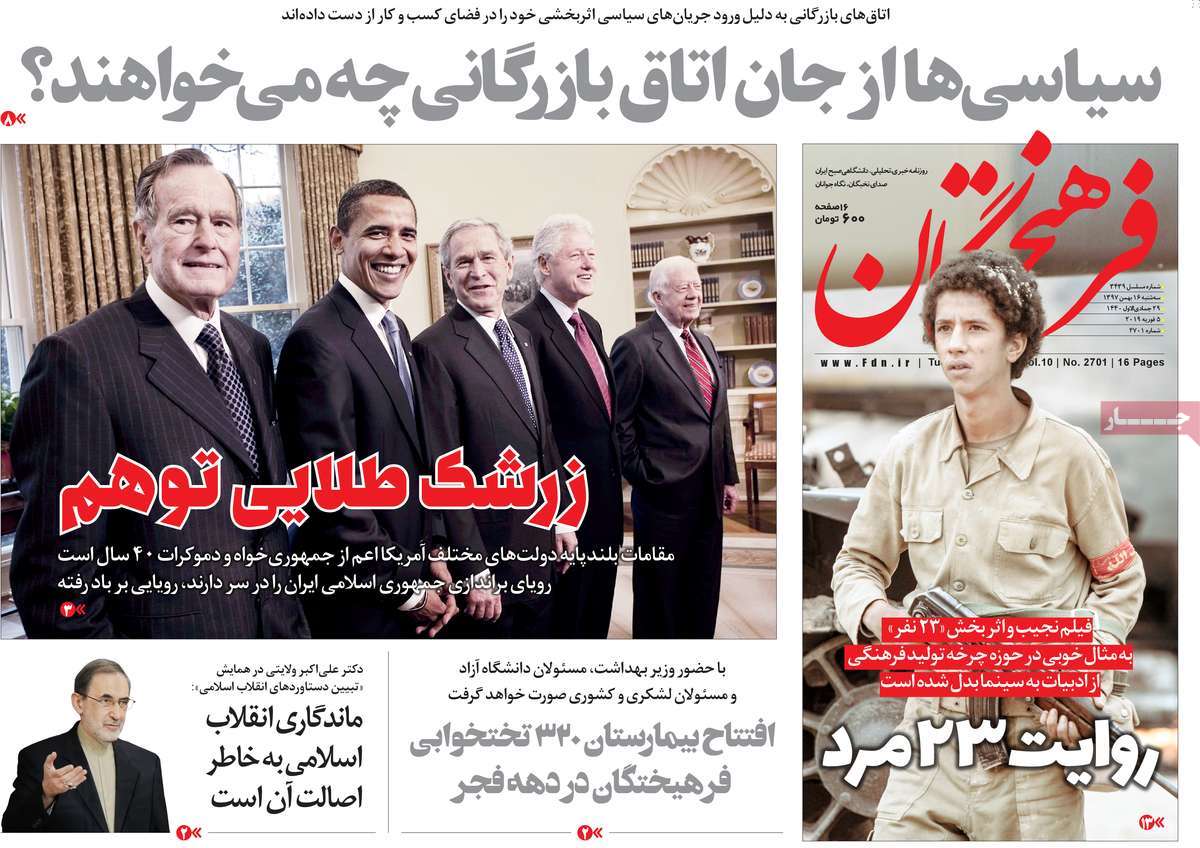 1- Zarif: Europe Has Set No Condition for Implementing INSTEX 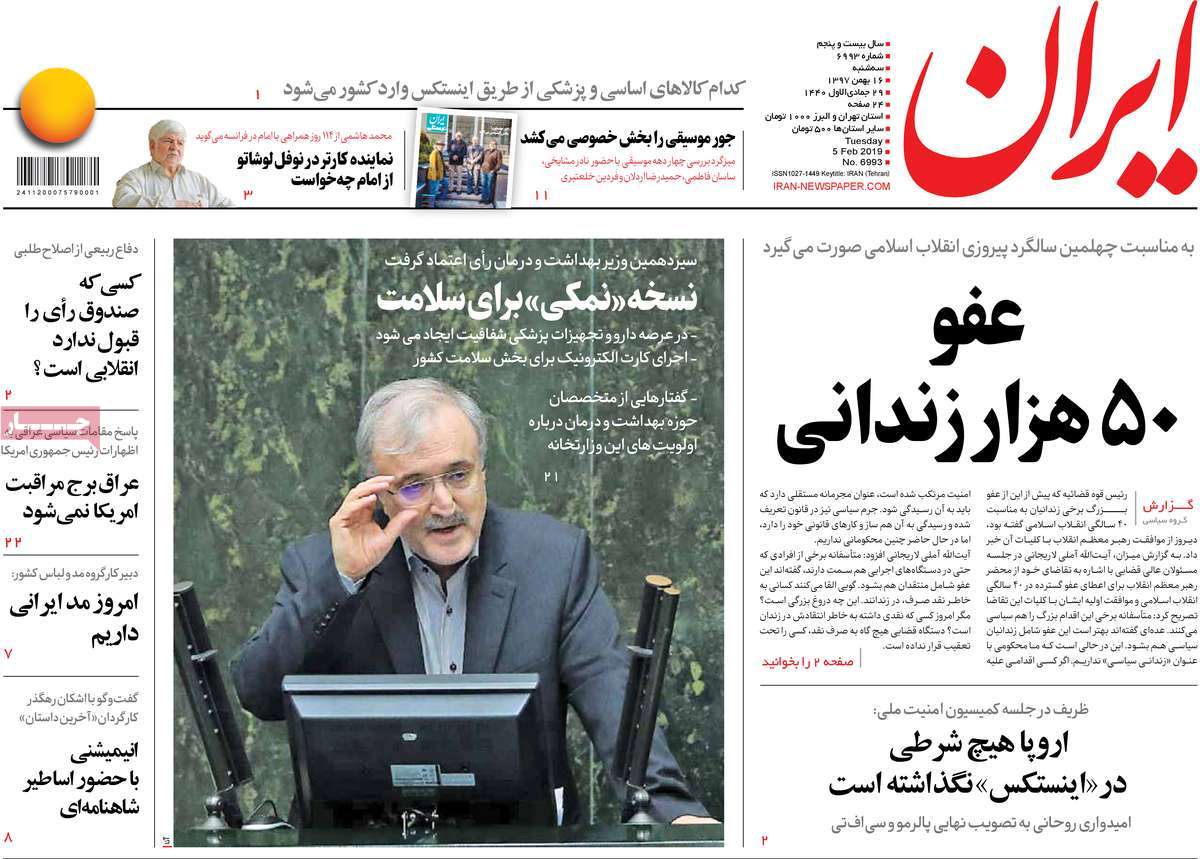 1- Message of Massive Pardon in Iran

* Iran Leader Pardons Many of Those Who Made Economic Mistakes at 40th Anniv. of Revolution 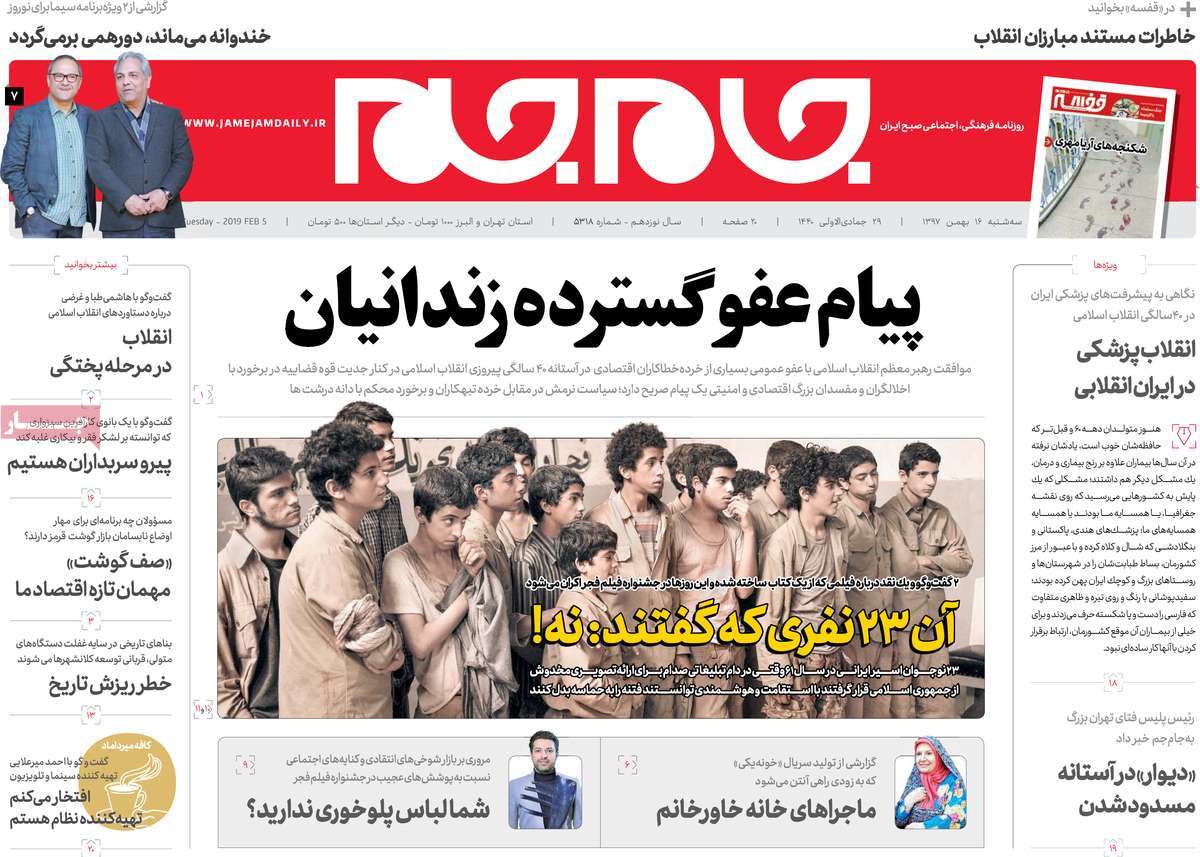 1- Baghdad: We Haven’t Given Trump Any Permission for Countering Iran 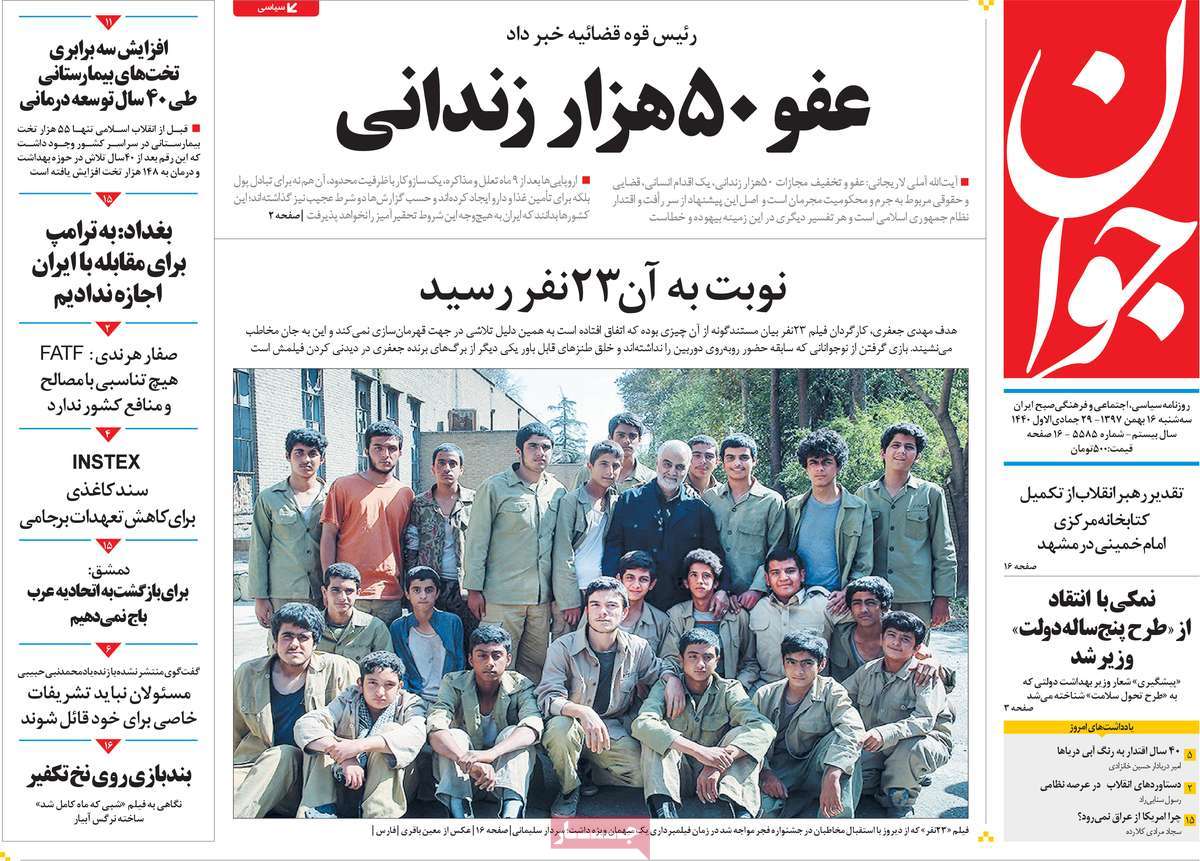 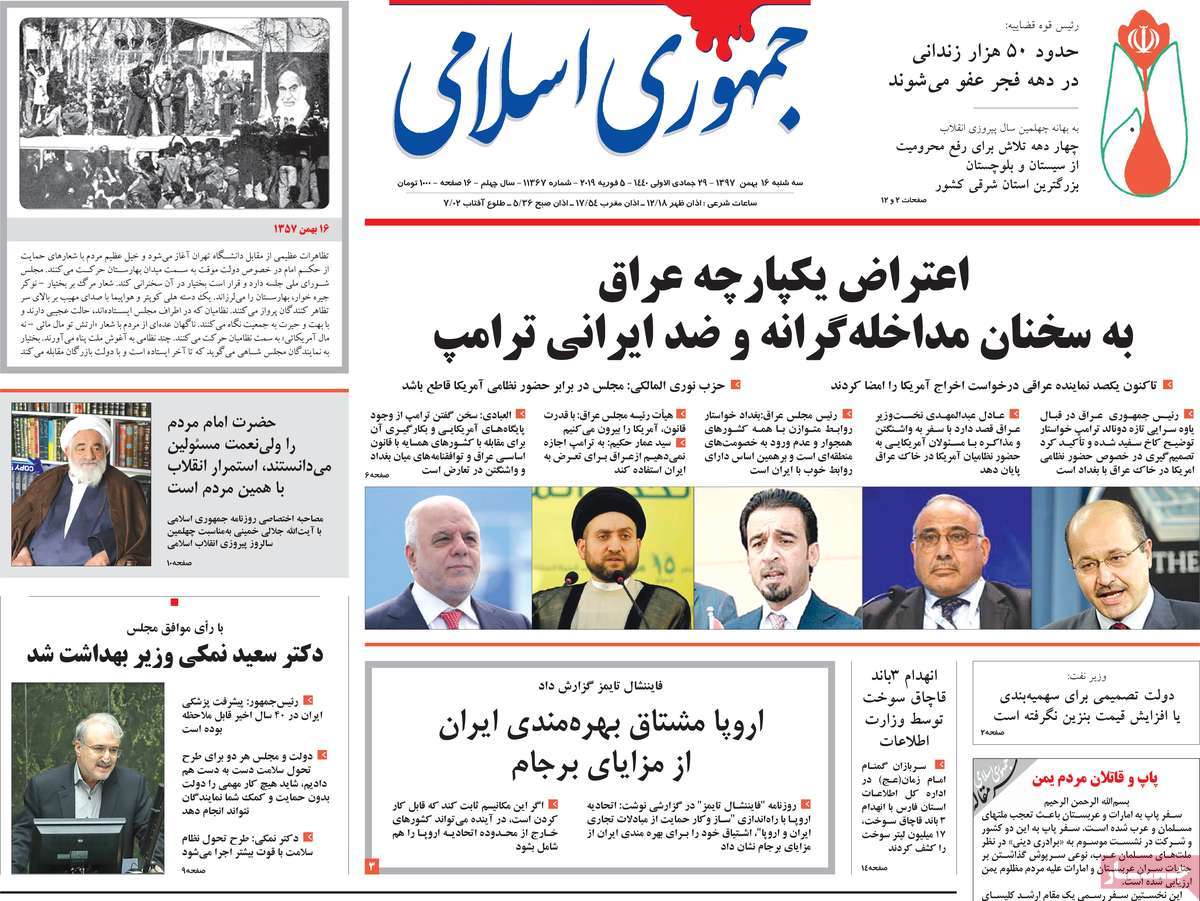 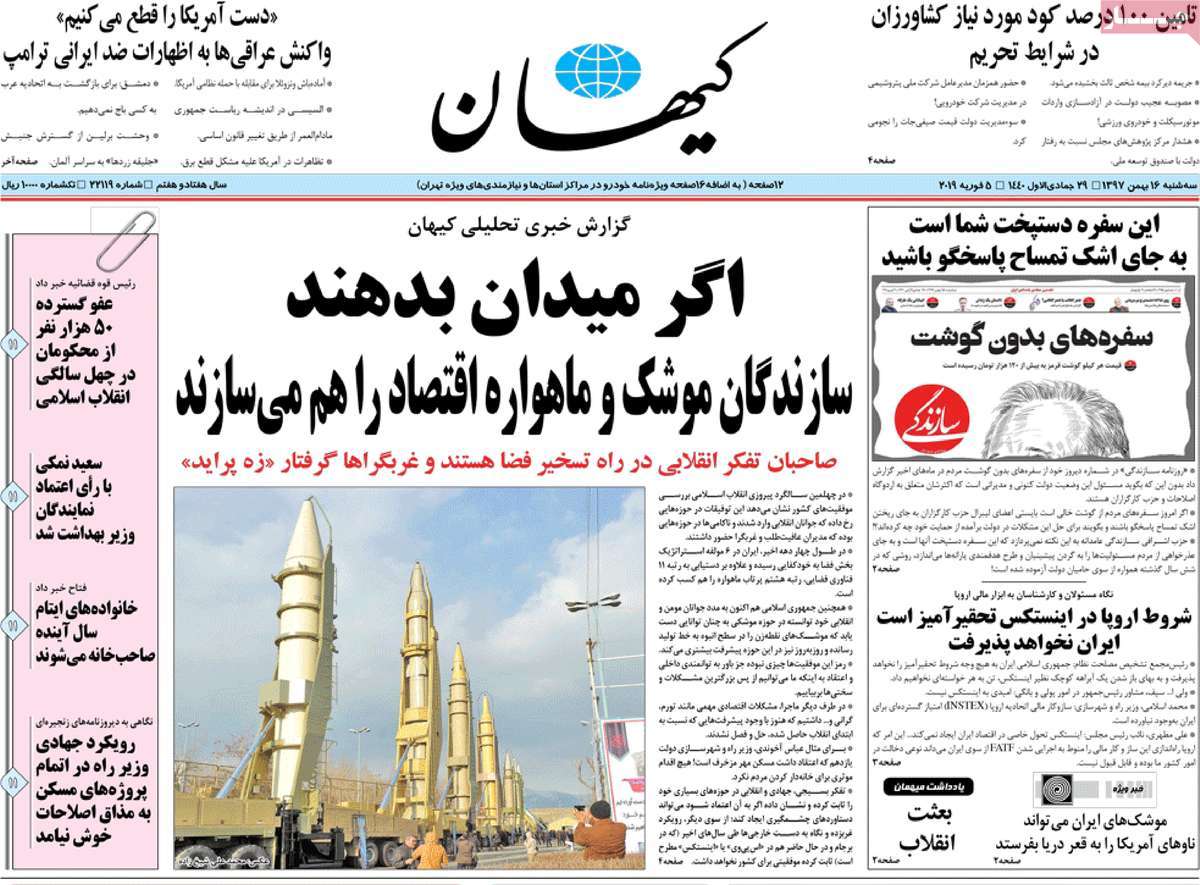 2- One-Fifth of Iranian Prisoners to Be Pardoned 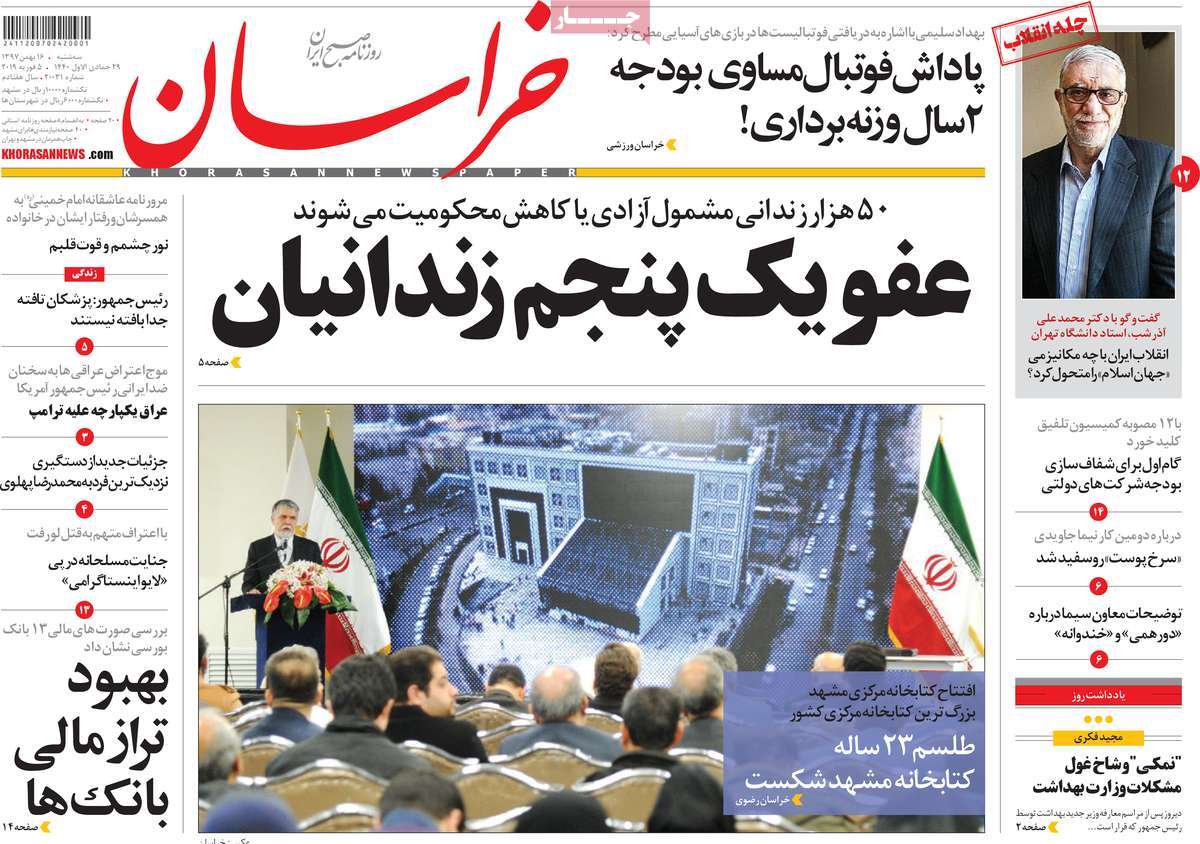 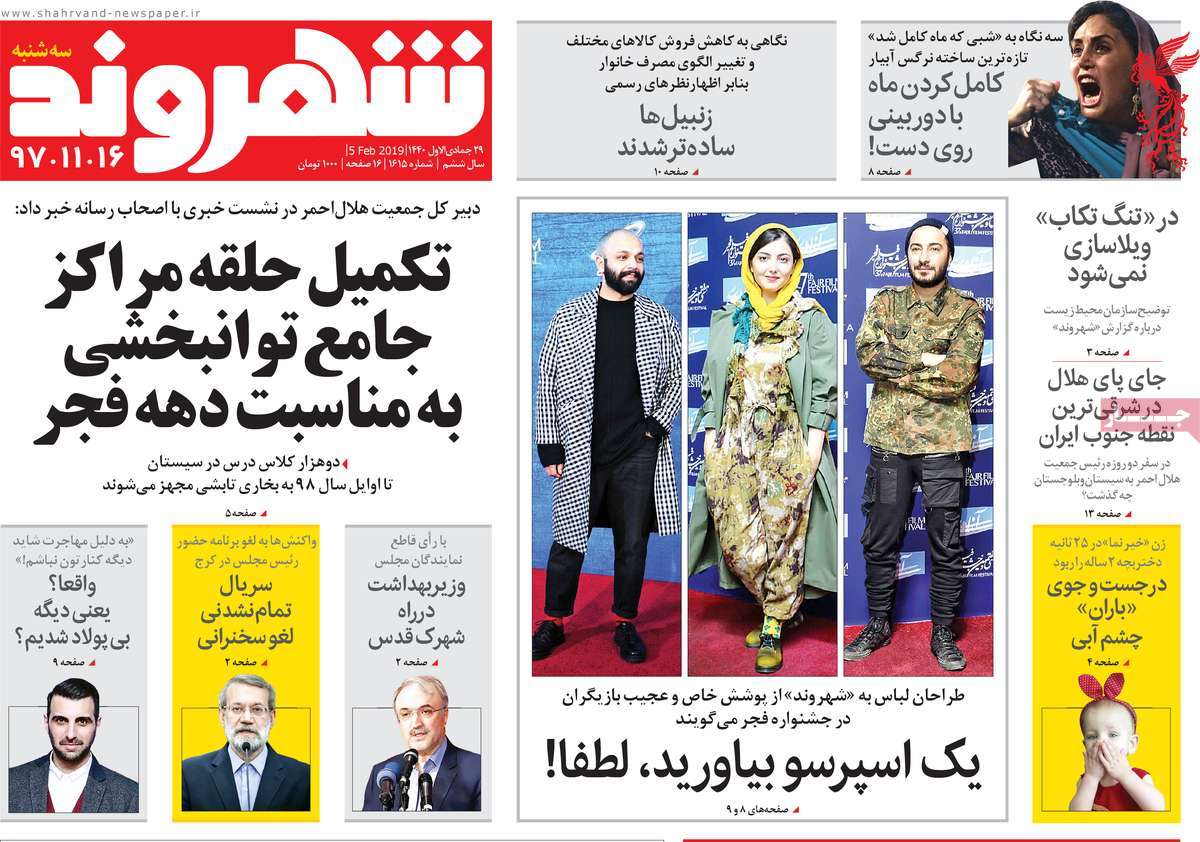 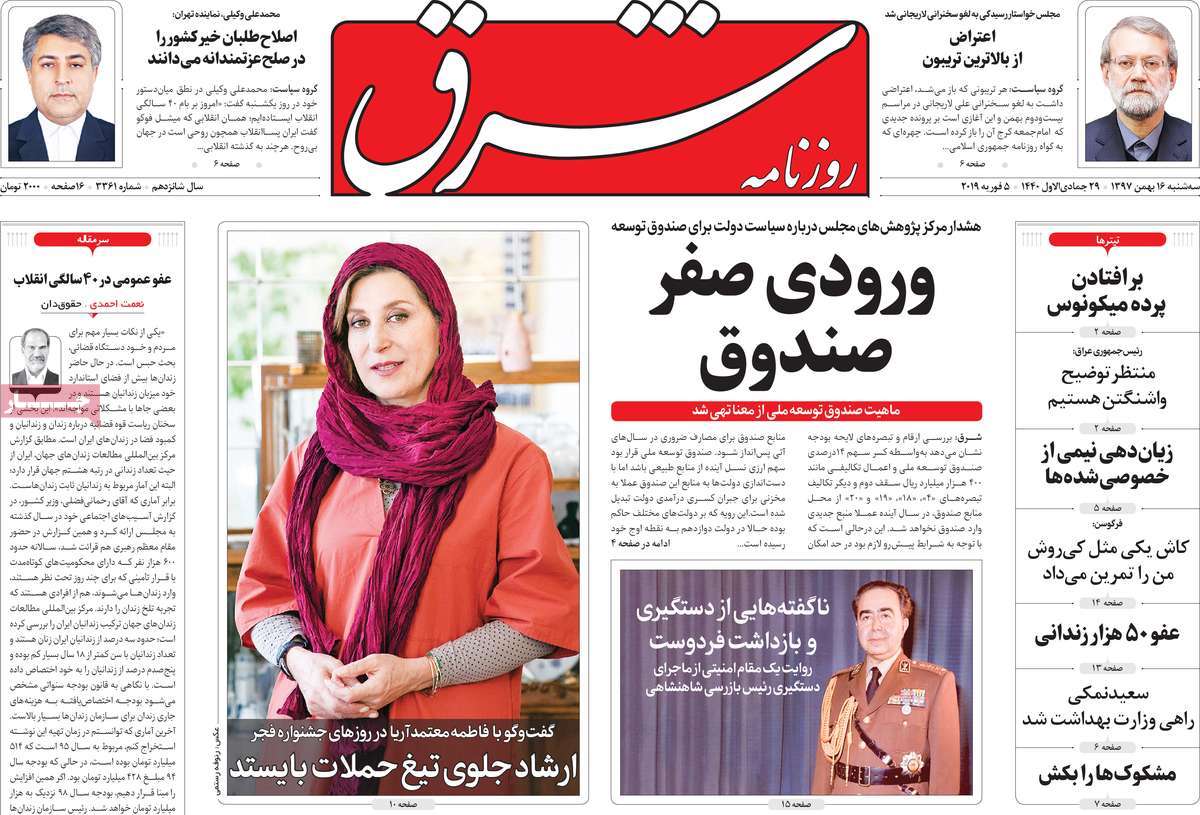 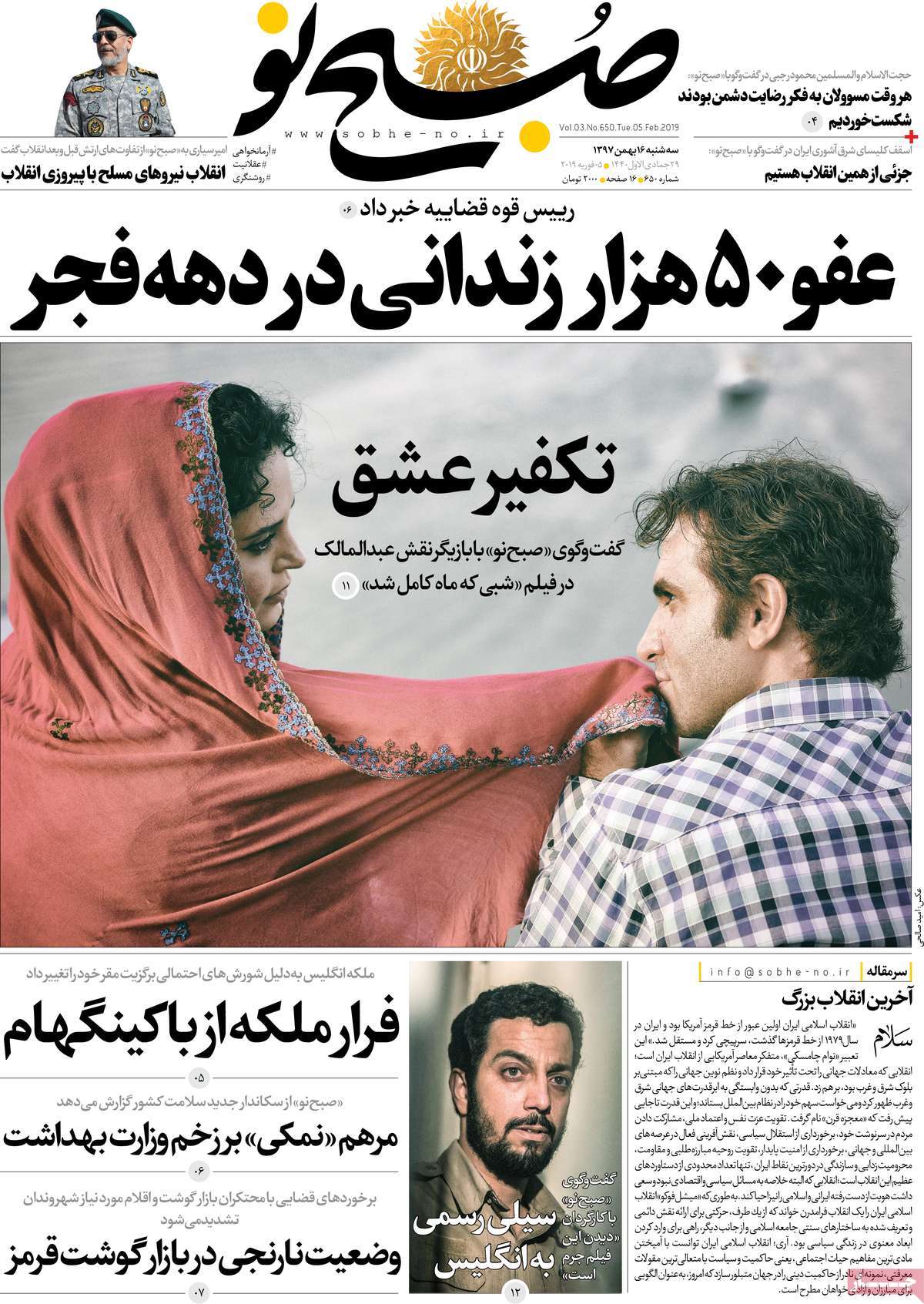