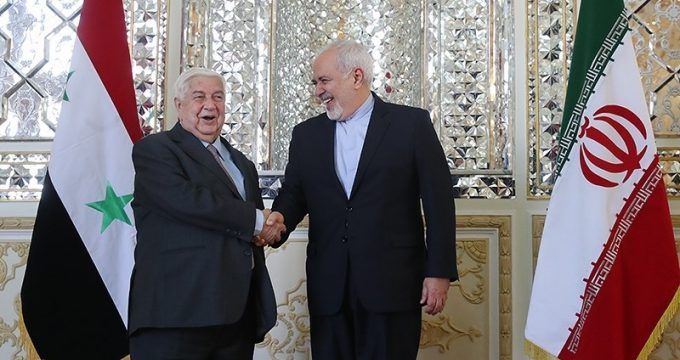 The visit comes upon Zarif’s official invitation in the framework of the continuous coordination and consultation between Syria and Iran.

During the meeting, the two sides discussed regional developments and also conferred over ways to expand bilateral relations.

He is also scheduled to meet with Secretary of the Supreme National Security Council Rear Admiral Ali Shamkhani later today.

Norwegian diplomat Geir Pedersen has also arrived in Tehran and is set to hold separate talks with Zarif and his senior aide, Hossein Jaberi Ansari.

He has been appointed to be the UN envoy for Syria in January, 2019.