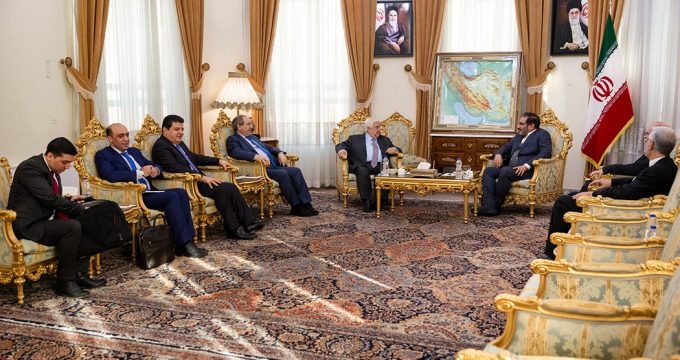 Iran’s coverage: Iran warns Israel of a “firm response” if it continues attacking targets in Syria

Israel to receive decisive response if continue aggression in Syria

Secretary of the Supreme National Security Council Rear Admiral Ali Shamkhani said Iran, as it stood by Syrian government and nation during the fight against terrorism, will spare no efforts in providing help and aid to them during the reconstruction period, as well.

Foreign minister Zarif says that Iran will not wait for the implementation of EU’s non-dollar channel as it has continued its trade relations so far.

Iran’s Minister of Petroleum Bijan Zangeneh said Tuesday Italy and Greece had stopped buying oil from Iran despite being granted waivers from US sanctions.

Iranian Foreign Ministry, in response to European Union’s statement on new financial channel to support trade between Iran and Europe, emphasized the constructive interaction based on mutual interests and respect.

Russian President Vladimir Putin will carry out a trilateral summit on Syria with the Iranian and Turkish presidents and a separate bilateral meeting with his counterpart Hassan Rouhani on February 14 in Sochi, Kremlin Spokesman Dmitry Peskov told journalists.

Iran’s top military commander says the country has turned into a major power in Southwestern Asia, 40 years into its Islamic Revolution that toppled the US-backed Pahlavi regime.

Iran’s Ambassador in London Hamid Baeidinejad said on Monday that the E3 have proposed to dedicate first phase of the Instrument in Support of Trade Exchanges (INSTEX), which is aimed at facilitating trade between Iran and other countries in all fields, to the basic and medical goods.